SEOUL/WASHINGTON: After a year of making threats and weapons advances, North Korea’s leader appears to be using the upcoming Winter Olympic Games in South Korea as a tool to blunt growing international pressure on Pyongyang while leaving his nuclear arsenal untouched.

Kim Jong Un, in his annual New Year’s Day speech, called for reduced tensions on the Korean peninsula and flagged the North’s possible participation in the Games next month, just across the border in Pyeongchang.

South Korea has been eager to involve North Korea to ensure the Games are not disrupted by any further nuclear or missile tests and as a way of re-establishing dialogue with the reclusive state.

Analysts say Kim’s gambit is aimed at driving a wedge between Seoul and Washington, which has advocated a strategy of maximum pressure and insisted that all options, including military ones, are on the table.

But the move also targets the broader international consensus involving major players China, Russia and Japan that has tightened sanctions and deepened isolation for North Korea in recent months.

“A major part of the Kim family playbook is to exploit and to widen the divergences in the interests, in the first instance between the US and South Korea, but more broadly among the five major neighbours,” said Daniel Russel, the top US diplomat for East Asia until last April and now at the Asia Society Policy Institute.

North Korea has long followed such a strategy of intense provocations followed by conciliatory phases aimed at exposing rifts, he said.

South Korea’s president said he saw the offer as a “groundbreaking chance” to improve relations.

At a cabinet meeting on Tuesday, Moon Jae-in also said the North’s nuclear programme would be the backdrop of any sporting discussions.

US President Donald Trump has led a drive to step up global sanctions on North Korea as it seeks to develop nuclear-tipped missiles capable of hitting the United States.

On Tuesday, Trump said sanctions and other pressures were starting to have a big impact on North Korea but he withheld judgement on Pyongyang’s offer to talk.

“Rocket man now wants to talk to South Korea for first time,” Trump wrote in a Twitter post, using his nickname for Kim. “Perhaps that is good news, perhaps not – we will see!”

Sanctions and “other” pressures are beginning to have a big impact on North Korea. Soldiers are dangerously fleeing to South Korea. Rocket man now wants to talk to South Korea for first time. Perhaps that is good news, perhaps not – we will see!

Washington says the full cooperation of China, Russia and other countries is vital to the success of this effort, which includes significant restrictions on trade and other ties with North Korea.

China, which remains North Korea’s major partner, has curtailed trade in line with United Nations sanctions, but Washington has called for it to do more to isolate Pyongyang.

South Korea’s government publicly welcomed Kim’s overture, and President Moon Jae-in has pushed to ease tensions ahead of the Games by postponing joint military drills with American troops until after the Olympics. 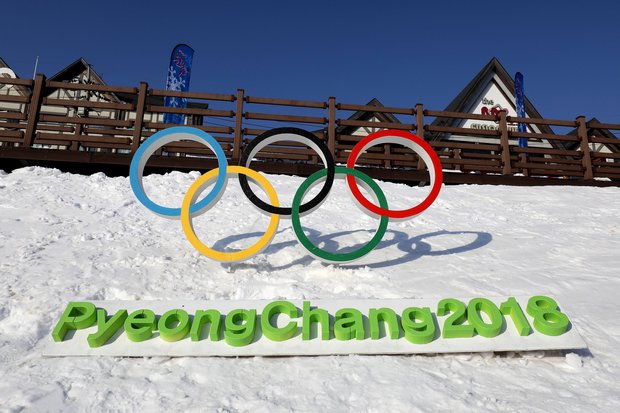 The Olympic Games are scheduled to run from Feb 9-25 in the Taebaek Mountain city of Pyeongchang, South Korea.

The White House has yet to make a detailed response. However, powerful Republican Senator Lindsey Graham suggested the United States would boycott the Games if North Korea attends.

“Allowing Kim Jong Un’s North Korea to participate in Winter Olympics would give legitimacy to the most illegitimate regime on the planet,” Graham said on Twitter. “I’m confident South Korea will reject this absurd overture and fully believe that if North Korea goes to the Winter Olympics, we do not.”

The participation of North Korean athletes and officials in Olympic events may create some awkward moments for international leaders who have spent months painting the country as a pariah state, said Robert Kelly, a professor at South Korea’s Pusan National University.

“It puts the South Koreans in a weird position because it potentially creates tension between US and Japan who have gone to lengths to isolate the regime,” he said.

Japan’s relationship with South Korea is already seen as under some strain, with one former Japanese diplomat saying Tokyo was suffering from “fatigue” with Seoul and lacking confidence in Moon.

Still, analysts were sceptical Kim’s gambit would do lasting damage to the alliance between Seoul and Washington, or to the international push for sanctions.

“I doubt that there will be a substantial reversal in global economic and political isolation measures in the near term,” said Scott Snyder, director of US-Korea policy at the Council on Foreign Relations.

At the heart of analysts’ scepticism is Kim’s apparent lack of appetite for compromise on the main points of nuclear weapons, missile testing, or human rights.

“Participation in things like the Olympics are pseudo-concessions, because the North doesn’t actually have to give up anything,” Kelly said.

In his speech, Kim vowed he would spend 2018 “mass-producing nuclear warheads and ballistic missiles” to “give a spur to the efforts for deploying them for action.”

That means further missile tests are almost certain, with more focus on “realistic” exercises than developmental tests, said Joshua Pollack, a senior researcher at the Middlebury Institute of International Studies in California.

“The major theme here for strategic forces is shifting from development to serial production, deployment, and increased readiness,” he said.

If the United States wants to take advantage of any possible easing in tensions, it needs to drop its demands for a halt in testing as a precondition for talks, said Leon Sigal, director of the Northeast Asia Cooperative Security Project in New York.

“The most important reciprocal step would be to scale back – not (just) postpone – the spring joint exercises,” he said. “Failure to try these steps will only ensure that unbridled North Korean weapons development continues.”