The Tata Steel Chess tournament will be celebrating its 80th birthday by having a very strong field. Six players from the current top 10 will be playing. That includes world number one Magnus Carlsen, former world champions Vladimir Kramnik and Vishy Anand, and also last year’s winner Wesley So.

A special edition of “Wijk aan Zee” is only three months away. Tata Steel Chess, the second longest running tournament in the world (after Hastings), was first held in 1938 in Beverwijk. The 80th edition will be held 12-28 January in Wijk aan Zee, the Netherlands.

During a press conference on Wednesday in Hilversum, 12 of the 14 participants of the top group, the Tata Steel Chess Masters, were announced.

Unfortunately the tournament will again clash with the Tradewise Gibraltar Chess Festival. Nonetheless, this year’s field in Wijk aan Zee is impressive, with six players from the current top 10 playing.

Two of them share the record of winning five times in Wijk aan Zee: Magnus Carlsen and Viswanathan Anand. The field will include two more (ex-)world champions. Vladimir Kramnik, who mentioned his participation during the European Club Cup last week, will come to the tournament after taking a few months of rest. Hou Yifan, who chose Gibraltar last year, will back as well.

Wesley So, who was in such a great shape last year and won the tournament for the first time, will be defending his title. His compatriot Fabiano Caruana will be playing as well, and so are Shakhriyar Mamedyarov, the current leader in the FIDE Grand Prix, and 2016 world championship contender Sergey Karjakin.

The field also includes Chinese GM Wei Yi and Dutch number one Anish Giri, who can be the first Dutch winner since Jan Timman in 1985. For now there’s only one Dutch player in the main group; after participating 25(!) times, Loek van Wely declined his invitation this year.

Baskaran Adhiban, who made such a fantastic debut this year in the main group (scoring plus two and a shared third place), will be back. Gawain Jones is the qualifier from the 2017 Challengers group. 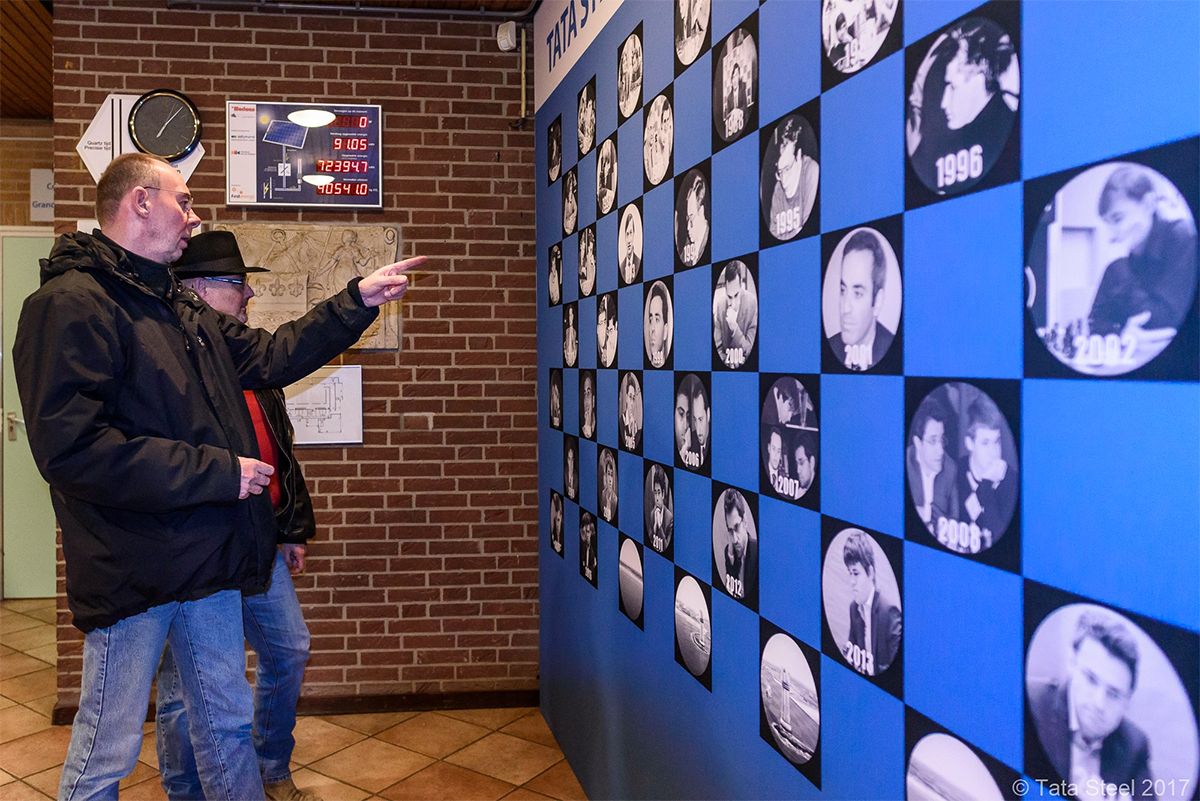 Like in previous years, two rounds will not be played in Wijk aan Zee but at external locations. “Tata Steel Chess On Tour” will visit the Beeld en Geluid (Image and Sound) Museum in Hilversum on 17 January.

A week later, the grandmasters will have to endure a 200km bus ride as the round on 24 January will be played in the Groningen University.

Theo Henrar, chairman of the directors of Tata Steel Nederland, said at the press conference that he wants his tournament to be making a social contribution to chess and to young people. “We want to use Chess on Tour as a catalyst for social initiatives in the host cities. Chess helps groups of young people from different backgrounds to connect. Chess instills young people with confidence and stimulates strategic and creative thinking.”

Chess.com will proudly produce the live broadcast of the tournament once again, with GM commentary and live streaming from the playing hall. 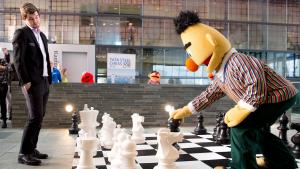 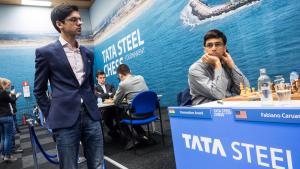