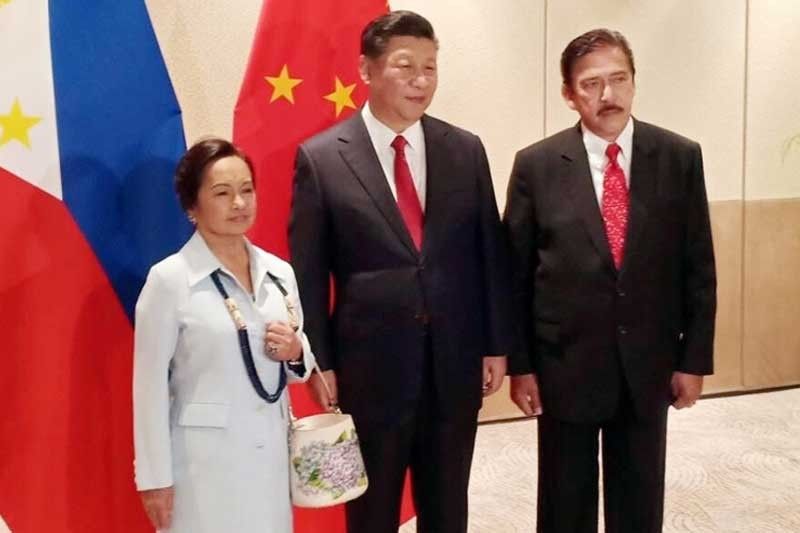 MANILA, Philippines — The Senate will review the joint oil and gas exploration deal with China as well as 28 other agreements signed during the visit of Chinese President Xi Jinping amid calls for transparency sparked by concerns that these could compromise the country’s sovereignty or lead to a debt trap. Xi met with leaders of the Senate and the House of Representatives in Bonifacio Global City in Taguig City yesterday shortly before returning to China after a two-day state visit.

Senate President Pro Tempore Ralph Recto is set to file a resolution calling for a legislative review of the agreements, particularly the memorandum of understanding (MOU) on joint oil and gas exploration in the West Philippine Sea.

“I’m setting aside the sovereignty and legal issues first and I agree with the President that it would take a hundred years to resolve this conflict or even more,” Recto said in an interview. “In the meantime, can we benefit from the resources from the area? So let’s look at it (MOU)  from that lens. Will we be at the losing end?”

At Malacañang, presidential spokesman Salvador Panelo promised to release details of the deals in due time or after the end of the Chinese leader’s state visit.

“We assure everyone that the government would release all pertinent information for public consumption once President Xi’s visit has culminated, and as soon as the complete, proper, and correct documents become certified and available,” he said. Xi left the country yesterday.

Recto, meanwhile, also expressed concern over China’s extending loans and official development assistance (ODA) for big-ticket projects, and getting the prerogative to hire its own consultants and personnel for the conduct of feasibility studies.

“Look at the situation, they (China) are our consultants, they will do the feasibility studies for us, and then they will be the ones who will do the projects, and lend the money. There’s something wrong with that,” he said.

He said there would be no bidding for the projects as they are to be funded by ODA from China.

“The idea is to get the best price for the projects—best quality at the cheapest price possible,” he said as he called for third party appraisers for China-funded projects.

He pointed out the loan payments would be coming from Congress through annual appropriations in the national budget.

“Congress should have a say or at least look at those projects that have been contract or to be contracted,” the senator said.

He reiterated that big-ticket projects must be funded through the Public-Private Partnership program, with the government having some degree of equity or investment.

Senate President Vicente Sotto III vowed to push for transparency in the agreements and expressed support for calls for a review. But he sounded not as worried as Recto on the matter.

“On this issue, the Senate will be neutral. What will be good for the country, that’s what we’ll be pushing,” Sotto told reporters.

He stressed a review of the MOU may be premature as the document only deals with general principles.

Sotto said he got word from Malacañang that with regard to the MOU at least, Beijing is amenable to a 60-40 sharing on whatever mineral resources are found and extracted in the West Philippine Sea. He said this could indicate that China recognizes the country’s sovereignty over areas to be covered by joint exploration.

Senators Grace Poe and Francis Escudero also separately called for transparency and caution on the part of the Duterte administration.

“Of fundamental importance for undertakings involving numerous agreements and billions in dollars of funds are transparency and accountability,” Poe said.

She said the MOU takes primacy because it involves exploration activities in Philippine territory.

“Let us not forget that we have at our fingertips the legal victory from the international arbitral tribunal. We should use this to our advantage,” she said.

The government owes it to the Filipinos to divulge the details of the agreements to see if there are possible red flags or if there are elements that could put the country at a disadvantage, Poe said.

Escudero wants the government to reveal to the public the details of all the bilateral agreements.

Escudero recalled that during the Arroyo administration, the Philippines, China and Vietnam entered into an agreement to jointly conduct offshore oil exploration covering both disputed and undisputed waters, also known as the Joint Marine Seismic Undertaking (JMSU).

However, he said, the agreement was between the countries’ respective oil companies.

He also warned that the MOU could have implications on the 2016 arbitral tribunal ruling invalidating China’s massive maritime claim and reaffirming the Philippines’ own entitlements.

Results of a recent survey conducted by the Social Weather Stations showed 84 percent of Filipinos against the government’s “do nothing policy” on the West Philippine Sea.

Raw end of the deal

Sen. Risa Hontiveros said that based on a leaked copy of the MOU, the administration appeared to have disregarded the Constitution and even the country’s sovereignty.

“Dehadong-dehado ang Pilipinas sa kasunduan (The Philippines is very much at the disadvantage in the deal). If the leaked copy of the agreement is proven authentic, President Duterte signed a document that did not assert our Constitution and sovereignty in the West Philippine Sea against China’s discredited nine-dash line, which lays claim to every shoal, reef and islet in the region,” Hontiveros said.

She called on executive officials to divulge the full details of the 29 agreements Manila signed with Beijing.

“The people need to scrutinize all these documents. We need to know whether or not these agreements are compatible with our sovereign and territorial interests and in full compliance with our international obligations, particularly the arbitral tribunal ruling on the West Philippine Sea,” Hontiveros said.

Vice President Leni Robredo, for her part, urged the Duterte administration to be transparent in all the bilateral agreements signed with China.

Meanwhile, Speaker Gloria Macapagal-Arroyo said in a meeting with Xi that his visit would provide a major boost to President Duterte’s envisioned massive infrastructure program.

“Infrastructure will be very important for the Philippines in the coming years. And there is no country in the world that matches China’s recent track record and capability in this area,” Arroyo told Xi.

“President Duterte’s bold foreign policy rebalancing has paid off handsomely. For those who wrongly think that we have much to lose instead of gain from our reinvigorated ties with China, they should examine the agreements we have forged before mouthing off preposterous statements opposing these deals,” Villafuerte said.  – With Christina Mendez, Cecille Suerte Felipe, Pia Lee-Brago, Delon Porcalla OP ED EDITORIALS & CARTOONS: The Straits Times says: Nothing comical about these values Wanna be a SUPER HERO? Eat Eggplants: Eggplant benefits – Next: Carbs in eggplant.