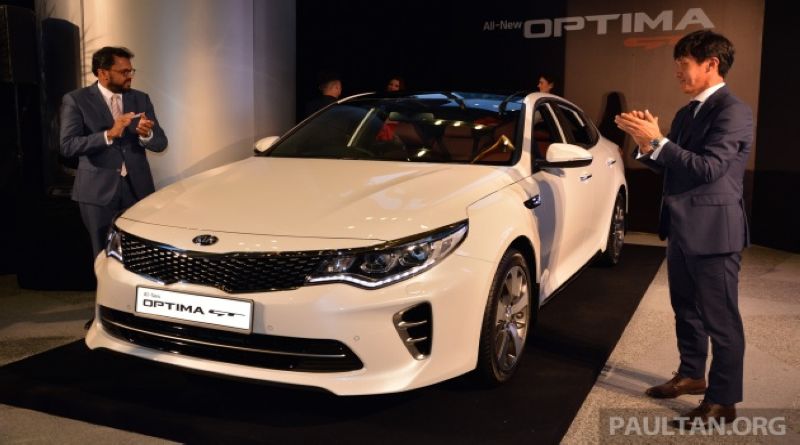 After a turbulent 24 hours, where plenty of information about the new Kia Optima GT was revealed, the powerful D-segment sedan finally makes its official launch debut in Malaysia. This also marks the arrival of the fourth-generation (JF) Optima in Malaysia, replacing the outgoing third-generation (TF) model.

There’s plenty of important figures relating to the Optima GT, but we start with the most important one of all – the price. The on-the-road price, with insurance, is listed at RM179,888, which includes a five year/unlimited mileage warranty. Buyers will get to choose from three different body colours for the Optima GT – Gravity Blue as seen here, Aurora Black and Snow White Pearl.

For that sum of money, you’ll get a Theta II 2.0 litre turbocharged four-cylinder petrol engine, which produces 242 hp at 6,000 rpm and 350 Nm from just 1,400 to 4,000 rpm. A six-speed conventional automatic transmission with paddle shifters is paired with the engine, with drive going to the front wheels.

In terms of performance, the Optima GT will complete the zero to 100 km/h acceleration test in just 7.4 seconds, and hit a top speed of 240 km/h. Meanwhile, its claimed fuel consumption is 8.5 litres per 100 km in the combined cycle. Drivers will also be able to select from three driving modes – Sport, Normal and Eco – via a push of a button on the centre console, which adjusts the throttle response and steering weight. In Sport mode, an Electronic Sound Generator turns up the noise.

Moving inside, you’ll find electrically-adjustable front seats, with the driver seat offering 12-way adjustment and a memory function, while the front passenger will “only” have 10-way adjustment. Both seats are also ventilated, with a cooling and heating function to suit the situation. The blue car gets black leather seats while the other two exterior colours are matched with a rather sexy dark red cabin. 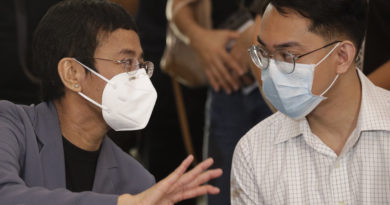 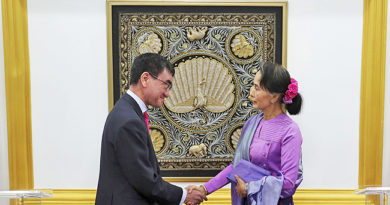 BANGKOK: Japan to provide $3M to Myanmar for Rohingya return