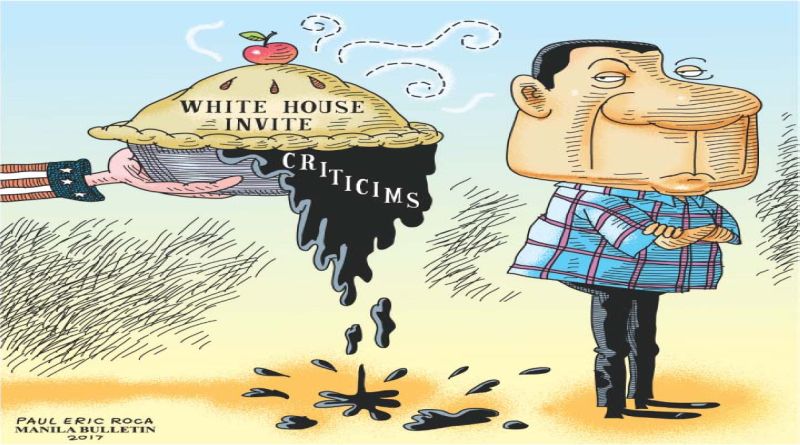 President Duterte was still in Russia last week when he announced in a television interview that he was turning down President Trump’s invitation to visit the White House. He had been personally invited by Trump in a telephone conversation on Trump’s 100th day in office.

In answer to critics who were quick to question the invitation, Trump said he needed the cooperation and support of Duterte and other Asian leaders in his plans to move against North Korea. In the face of the criticism, President Duterte simply said he would think about it.

Last week, he evidently had thought enough about it. He said he had decided against accepting the invitation. He was busy, he said, referring to the martial law that he had proclaimed for Mindanao and the military operations against the Maute rebel group in Marawi City.

A few days later, the President also announced that he was cancelling his scheduled trip to Japan where he was to address an international conference and meet anew with Prime Minister Shinzo Abe.

It could be that his international trips – to Laos, Indonesia, Vietnam, Brunei, twice to China, Japan, twice to Thailand, Malaysia, Peru, twice to Cambodia, Singapore, Myanmar, Saudi Arabia, Bahrain, Qatar, and Russia –all within an eight-month period from September 5, 2016, to last May 24, 2017. have taken their toll on his strength and maybe his health.

“Pagod na talaga ako,” he said when he was still planning to go to Japan, saying that that would be the last. As for President Trump’s invitation, he said, “I cannot go because I am busy. That’s actually the truth,” he said, citing the ongoing martial law operations in the country.

But, he also said in his Moscow interview that he had a special reason for deciding against a US visit at this time. He recalled that he has been severely criticized by American officials because of his repeated statements against US military operations in the Philippines. He said he feared an assassination plot.

This latter fear may not have much solid basis, but the fact that some American officials were so quick to question Trump’s invitation indicates that Duterte can expect continued official criticism and probably street demonstrations should he accept President Trump’s invitation. There would be a pervading spirit of negativity – not only because of Duterte, but also because of Trump.

It is, therefore, best that President Duterte decided to decline the White House invitation at this time. Perhaps later, when circumstances improve in Philippine-American relations. 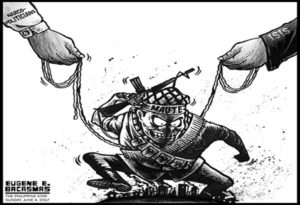 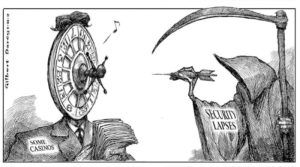 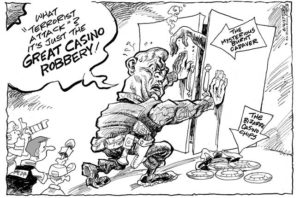 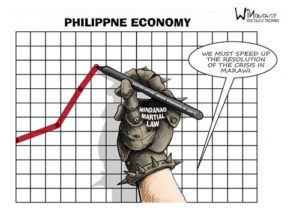 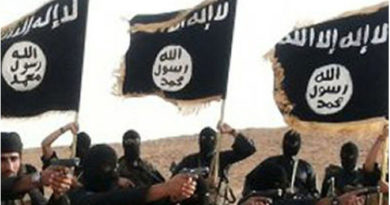 OP-ED: EDITORIAL – The Straits Times says Do not forget the lessons of ISIS 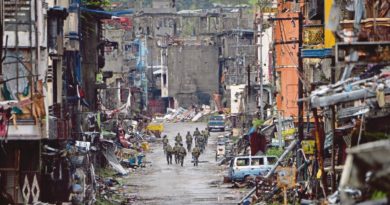