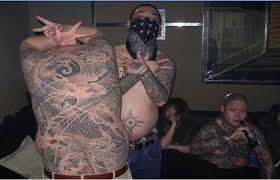 IN an apparent effort to shed off its tainted image, the Senate blue ribbon committee resumed its hearings yesterday on the P6.4 billion illegal drug shipment from China that had gone through the Bureau of Customs’ “green lane” last May, with far greater cordiality between the chairman, Sen. Richard Gordon, and Sen. Antonio Trillanes 4th, who had earlier accused the former of lawyering for President Rodrigo Duterte’s eldest son Paolo, the vice mayor of Davao City, who has been implicated in the drug-related mess. There were no sharp or unparliamentary exchanges between the two.

Gordon’s only stern remarks were directed at former Customs Commissioner Nicanor Faeldon, who had declined an invitation to the hearing, saying he would be happy to appear in any court of law, if summoned, but no longer before the committee, where his rights had been violated. Gordon found his remarks “contemptuous”. Only Sen. Manny Pacquiao, the world boxing idol from Sarangani, tried to do some lawyering for the young Duterte, but this was rather inept and had no significant impact on the proceedings.

Trillanes’ questioning weighed heavily on Paolo and his brother-in-law Maneses Carpio, lawyer-husband of Sara, the mayor of Davao City. He showed a lot of photos on the screen purporting to show Paolo’s closeness to certain personalities allegedly involved in illegal drugs, but his real bombshell was his statement, claiming an intelligence report from “a foreign country” as his source, that Paolo DU30 was a member of the Triad, a Chinese criminal organization, engaged in illegal drugs trafficking and other serious crimes in China, Hong Kong, Macau and other countries. Many Chinese and Western films have portrayed the Triad as a villainous organization with powerful tentacles stretching from China to various parts of the criminal underworld.

Trillanes said a tattoo on the Vice Mayor’s back, which Paolo admitted he has, would confirm or disprove his alleged Triad membership. The senator said the usual Triad tattoo contains secret digits which could be decoded by competent experts; he asked if Paolo would be willing to have his tattoo photographed, so that he could have it decoded by the US Drug Enforcement Agency (DEA), which has the necessary competence to do so. But the Vice Mayor said no, he invoked his “right to privacy”.

Trillanes’ second line of attack was to expose the Vice Mayor’s and his brother-in-law’s alleged bank accounts in Davao City. He did not say the accounts were ill-gotten, but the amounts seemed a little too big, and if true would need to be explained. Trillanes claimed that Paolo’s accounts with the Philippine National Bank, Rizal Commercial Banking Corp. and Bank of the Philippine Islands totalled P104,282,161.65 as of November 2016, while Carpio’s accounts with Metro Bank and Banco de Oro totalled P121,109,136.15 as of 2015.

Trillanes asked if they would confirm or dispute the accuracy of his allegation. If they dispute it, would they be willing to sign a “waiver” of their rights over the alleged bank deposits? He showed some forms in his hands for this purpose. But both of them said they would not.

Most dangerous and damaging

The Triad allegation was, for me, the most damaging accusation unleashed at the hearing. It opened a big can of worms. Unless the DU30 administration is able to show that it has absolutely no basis, it would surely fan all sorts of speculations against DU30. Trillanes already suggested that Davao became a transshipment point for illegal drugs from China, Malaysia and other parts under Mayor Rodrigo DU30; that from 2009 through 2014, at least four major shipments of cocaine went through the port of Davao. For Trillanes, DU30’s murderous war on drugs, which has already killed thousands, is intended more to wipe out the competition than to truly eliminate the illegal drug menace.

The more dangerous speculation is that Paolo’s alleged Triad connection could have been the key to DU30’s hurried and unvetted decision to deal with China bilaterally without invoking the July 12, 2017 ruling of the Permanent Court of Arbitration at The Hague, which upholds the Philippines’ sovereign rights over certain disputed maritime areas in the Spratlys within its exclusive economic zone, and his subsequent decision to “separate” economically and militarily from the United States, and to align himself with Russia and China “against the world”.

Topics for the future

Trillanes’ allegation was ultimately drowned by the various responses to Sen. Panfilo Lacson’s unbelievable question, “Is there corruption in the Bureau of Customs?” This seemed as profound as asking if there was sea water in the China Sea. But in the end, it will probably influence the velocity and volume of idle conversations everywhere in the days ahead, and how DU30 and his allies will deal with Trillanes.

Without this Triad allegation, Trillanes has already much to contend with. He has been threatened with disciplinary action before the Senate ethics committee for his unparliamentary remarks in the previous blue ribbon committee hearing. Ordinarily, this should be nothing to worry about. For as the senator himself puts it, if senators, congressmen, other officials, civil servants, propaganda fraudsters and trolls applaud DU30’s vulgar, uncouth and offensive language, even when referring to the Pope, Barack Obama, Ban Ki-Moon, and other foreign dignitaries, why should any senator answer to the ethics committee for calling some senators “lapdogs” and for other parliamentary lapses at the blue ribbon committee?

But Trillanes’ political adversaries are determined and powerful. In an administration where mere suspects are killed and the most notoriously culpable are exculpated, a tyrannical majority could overrun the ethics committee and propose severe sanctions for his unparliamentary remarks. Under the Constitution, the Senate as well as the House may punish its members for disorderly behavior, and, with the concurrence of two-thirds of all its members, suspend or expel a member. Chairman Gordon has already warned Tillanes of this possibility.

Under normal circumstances, I cannot see the ethics committee getting involved here. Unparliamentary expressions or violations of parliamentary procedure, which Trillanes is accused of, are normally remedied on the spot by appealing to the Rules. The Senate majority leader in his capacity as chairman of the committee on rules, the Senate’s and the House’s most important committee, or in his absence any senator present at the proceedings, including the object of the unparliamentary expressions, can move to strike out the unparliamentary remarks, and their immediate deletion from the record puts the owner of those remarks in his proper place. No further parliamentary action is needed.

If the senator throws a fist, a tantrum or a chair when his or her unparliamentary remarks are deleted from the record, then the presiding officer could order the sergeant-at-arms to have him or her physically removed. After that, a case could be brought before the committee on ethics for grossly disorderly behavior, if necessary.
Nothing like this happened at the previous committee hearing when Trillanes called the committee a “comite de absuelto” (a committee of exoneration).

So the time has lapsed, and perhaps the ethics committee should be paying closer attention to truly unethical and scandalous behavior of the senators—such as impregnating one’s secretary or staff and compelling her to procure an abortion abroad, or taking one’s mistress to Japan on a pleasure trip at government expense, or publicly justifying one’s fornications and adulteries by quoting Speaker Pantaleon Alvarez or the President himself as saying, “who does not have a girlfriend anyway?”

There is a distinction, no matter how subtle, between what is clearly unethical and what is merely unparliamentary, as there is a distinction between ethics and etiquette. Every parliamentarian should know this. Universally agreed or accepted rules of parliamentary procedure ensure smooth and orderly proceedings in any meeting or assembly, so any departure from these rules is called unparliamentary, and should be dealt with immediately. It need not involve a question of ethics, which is a branch of knowledge that deals with moral principles concerning the rightness or wrongness of human acts.

To quickly revisit the issue, ethics is not the same as etiquette. Although the latter may appear derivative of the former, it deals more with the code of polite social behavior, especially among members of a particular profession or group. For instance, there is a standard etiquette for churchgoers as there is one for concert goers. It is not correct etiquette for a churchgoer to cross one’s legs before the Blessed Sacrament or use one’s cellphone in the middle of a Mass, just as it is not correct etiquette to talk loudly to one’s seatmate while the piano sings with Mozart.

In Japan, the etiquette places men before women, and I had to correct myself very quickly when, at the end of the Emperor’s dinner for the Philippine President, I tried to motion my lady seatmate to walk in step when the custom required that she walk after me instead. I did not violate any ethical principle, but there was almost a breach of etiquette, which would not have helped Philippine-Japanese relations.

Thus, more and more people are talking of abolishing the Senate committee investigations, if not the Senate itself, as the only solution to the problem. They point out that not only have the televised, frequently sensational, inquiries failed to produce any desired legislation, they have also failed to produce a single court case against those who had been exposed as having committed outrageous crimes. This is far from a unanimous view, however.

One reader says the solution is not to abolish the Senate, but to make sure that only “real senators” get to sit there—real patriots and intellectuals with an unimpeachable moral character. This must begin by educating our voters, who tend to treat all elections as beauty contests, and reforming our automated election system to encourage qualified individuals to run for the office, and to make sure only those who have been legitimately elected in a clean and honest process get to sit as senators.

Another one totally disagrees with the idea, says the problem lies with those who expect to get anything substantial from the Senate and from the government itself, when all we can expect is to be entertained. It is completely cynical, but after yesterday’s hearing, and Trillanes’ Triad allegation, I would not be surprised if Malacañang and its cohorts would move heaven and earth to separate the former Navy lieutenant from the upper chamber. Trillanes will need all the skills to survive an unlimited political war. 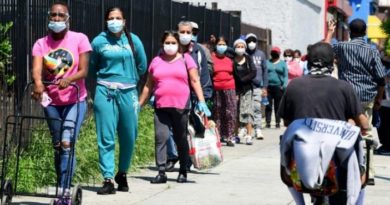 US VISA-IMMIGRATION: Coronavirus: Trump immigration ban to last up to 90 days, target those seeking permanent US residency