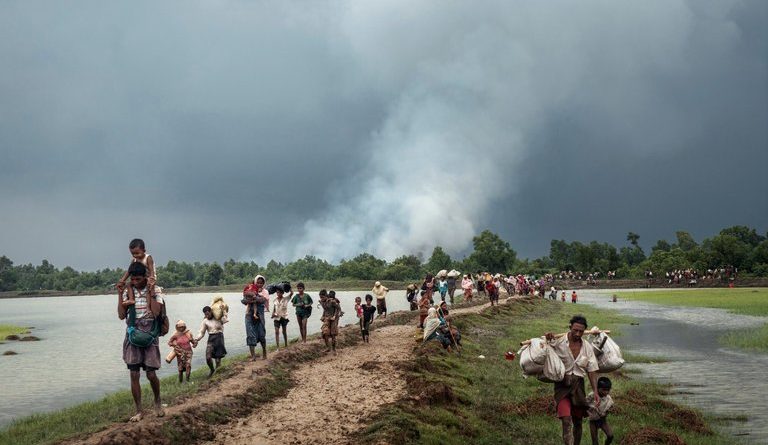 Re “How Years of Strife Grew Into a Rohingya Crisis” (news article, Sept. 14):

Myanmar’s Rohingya population is suffering on an apocalyptic scale that demands as much international attention as North Korea’s nuclear tests.

In recent weeks nearly 400,000 Rohingya have fled their homes for safety in nearby Bangladesh after a so-called clearance operation carried out by Myanmar’s military in response to an attack by Rohingya militants in Rakhine State.

Survivors have reported summary executions, indiscriminate rape and the wholesale destruction of villages. Land mines now line the road out of Myanmar.

The United Nations high commissioner for human rights, Zeid Ra’ad al-Hussein, has classified these acts as “a textbook example of ethnic cleansing.”

The Security Council must listen to Mr. Hussein and take immediate action to stop the bloodshed.

While a rogue nation’s war posturing is concerning, stirring the ghosts of Bosnia, Rwanda and Darfur is truly frightening.

The writer is a high school world history teacher. 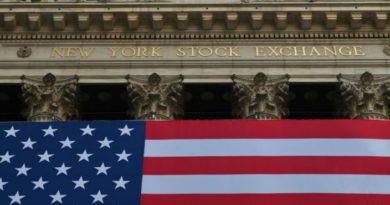 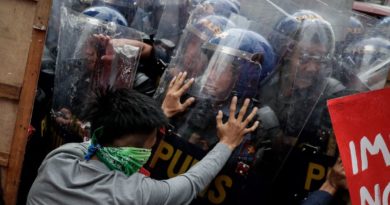 Asean Photography: Activists clash with riot police during a protest near the US embassy in Manila, Philippines, November 10, 2017. PHOTO: EPA-EFE