The government has taken action to further improve the investment climate as the newly-established authorities in charge met for the first time to push for ease-of-doing-business improvements.

The central and provincial Investment Promotion and Management Committees vowed in their meeting yesterday to do their best to enhance coordinated action to better facilitate investment.

In his opening remarks, Deputy Prime Minister and Chairman of the Central Investment Promotion and Management Committee (CIPMC), Dr Sonexay Siphandone, said promoting private investment was crucial for the socio-economic development of Laos.

The five-year National Socio-economic Development Plan for 2016-2020, which set an annual average GDP growth target of more than 7 percent, requires total investment of 223,000 billion kip (US$28 billion) accounting for 30 percent of GDP.Private investment was set to contribute significantly to total investment in the economy and drive Gross Domestic Product (GDP) growth.

Of the total investment required, somewhere between US$15-16 billion was expected from domestic and foreign private investment, according to Dr Sonexay.

In an attempt to attract greater investment, the government placed great importance on amending the Investment Promotion Law, which was passed by the National Assembly in November last year.

The law, which offers more investment incentives, stipulates the conditions for the establishment of central and provincial committees in charge of investment promotion and management to facilitate and boost private investment through the existing one-stop service mechanism.

All these were to �make investment more convenient, quicker, transparent, correct and protected by the state to ensure the rights and interests of investors, the state and the people,� Dr Sonexay told the meeting.

He said these steps would enable the investment climate to integrate with that of the region and world, contributing to national socio-economic development.

Minister of Planning and Investment Dr Souphanh Keomixay told the meeting that there had been shortcomings which slowed the investment approval process.

The minister, who is also Vice Chairman of the CIPMC, admitted that the consideration and approval process for investment projects took longer than that defined in the relevant law because the officials in charge were failing to strictly observe the legal principles.

He added that the existing one stop service mechanism was still not functioning properly, while some central and local departments in charge did not fully understand the private investment management mechanism.

During the meeting held at the Prime Minister’s Office, the participants discussed operational methods and ways to enhance coordinated mechanisms between the central and provincial committees in a bid to improve ease-of-doing-business in Laos.

Since it was established, the CIPMC had convened 14 meetings and considered 135 investment project proposals, Dr Souphanh said. 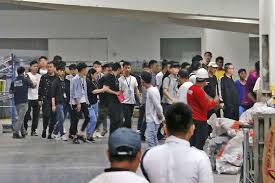 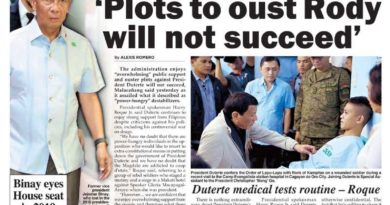 MANILA- ‘Plots to oust Duterte will not succeed’ 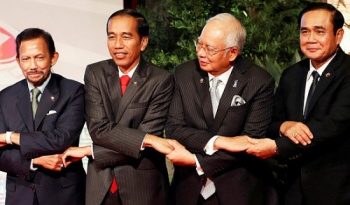