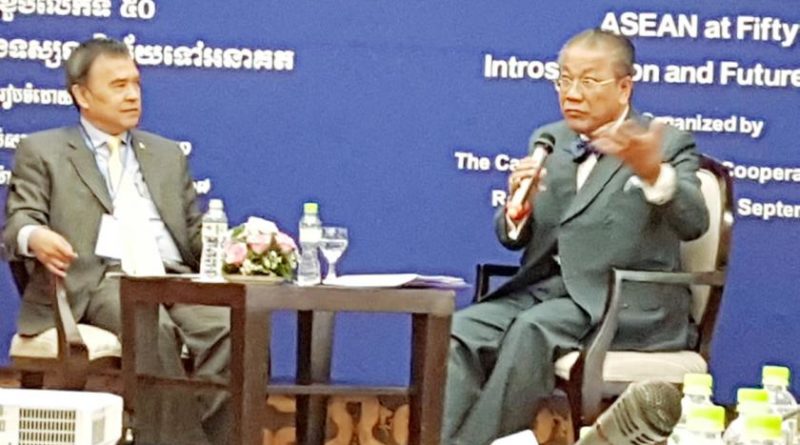 .
To preserve its independence and bargaining power in the next half century, ASEAN must not align itself with any major power, a Cambodian scholar told a conference marking ASEAN’s 50th anniversary here Wednesday.

“The ‘ASEAN way’ has helped ASEAN and will be useful in the future. ASEAN has to be pragmatic. Therefore, ASEAN centrality is pivotal as it helps set an agenda that prevents war,” Cambodian government adviser Sok Siphana said in the keynote speech at the one-day conference.

“If ASEAN wants independence, we must be economically independent as well,” he said, adding that economic dependency on any major power would negatively affect the whole group.

“We have to know our strengths and weaknesses, and build a strong future with friends.”

Mr Sok’s comments come at a time when Cambodia has close relations with China, which are considered among the best in ASEAN.

Pou Sothirak, executive director of the Cambodian Institute for Cooperation and Peace, told the conference that ASEAN needs to be more dynamic and able to respond quickly to new challenges from the outside. He said the group must be able to make faster decisions in emergencies.

As part of the 50th anniversary of ASEAN, think tanks in ASEAN have organised a series of seminars and workshops to evaluate the group since it was founded in 1967. As 2017 winds down, ASEAN leaders are focusing on key issues that would further strengthen the group and its profile regionally and internationally.

Mr Pou said that ASEAN cannot be complacent about new challenges such as denuclearisation, extremism, cyber security and others. “ASEAN must be comfortable discussing hard security issues that infringe upon ASEAN centrality,” he said, adding that the group must rid itself of the perception that it is “only talk and not enough action.”

The envoy pointed out that ASEAN needs to go beyond the consensual way and non-substantive reaction in dealing with today’s pressing challenges.

In the next 50 years, ASEAN needs to define its own leadership, Mr Pou added, stating that to do otherwise is to risk ceding the initiative to an outside power. Indonesia should consider assuming that leadership as well as the position of shield and spear in the push for democratisation.

He also said that ASEAN must find more common ground on security, economics, social progress and culture and make clear that “nobody can impose anything on South East Asia that harms common regional interests.” 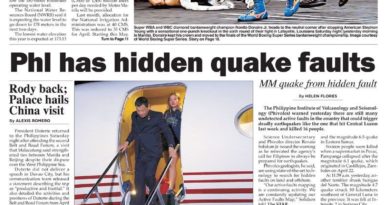 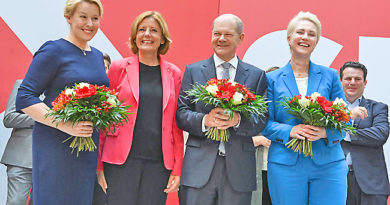