President Duterte has called on Asian neighbors to take “drastic action” against terrorists and pirates operating in the region’s shipping lanes.

The President said the dangerous security problem in the Strait of Malacca must be immediately solved to protect the people and trade in the region.

“The Malacca used to be historically a supply route and a shipping lane that was very good for everybody. Of late, terrorism has entered the picture and we see a lot of hijackings and killing of people, and capturing hostages for ransom,” he said during a high level forum of the Association of Southeast Asian Nations (ASEAN) in Pasay City.

“Somehow, I would say that something has — a drastic — a drastic action for a very dangerous situation. Otherwise, that part of the sea lane of trade between Australia going up north and Malaysia itself, Indonesia and the Philippines will continue to suffer the degradations of our trade and even the human being itself,” he said.

Duterte said he plans to convince regional leaders to step up maritime cooperation to curb piracy and terrorism in the regional waters.

“I hope to talk with the leaders of these countries and we’re willing to put our resources together with theirs to find a solution,” said Duterte, currently chair of the ASEAN this year.

“If I get to talk to the leaders, there is one thing that I can just offer, blast them out of the seas to keep our shipping lanes open and safe,” he added.

Duterte bewailed that militants have raided sea vessels, collected ransom money, and “needlessly” executing people. “I think that has to stop,” he said.

Duterte said he may soon order the military to “redirect” its resources to address the terrorism and piracy following the liberation of Marawi City.

“I just finished the war in Malaysia,” he said, mistakenly referring to the ASEAN member-nation rather than Marawi City.

“And then perhaps I can refocus the entire Armed Forces to deal with this problem, once and for all. Otherwise, we might just as well forget our sovereignty and pretend to be a nation by itself,’ he said.

He noted that there was “no so much active cooperation” among regional neighbors in terms of trade and commerce.

“We have to do more and there will be a lot of talks about this in the days to come and I will challenge the leaders of the ASEAN in our meeting — in our coming meeting in November,” he said. 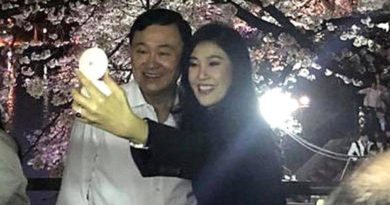 OP-ED EDITORIAL: OPINION – ‘Regime had time, but they blew it’ By UMESH PANDEY – Editor – For BANGKOK POST 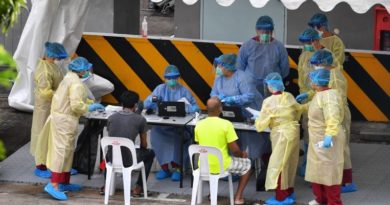