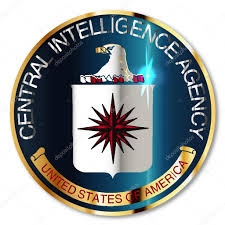 BY RIGOBERTO D. TIGLAO | EDITORS’ PICKS, OPINION ON PAGE ONE

THE National Endowment For Democracy (NED), accused of being a channel for Central Intelligence Agency (CIA) propaganda and destabilization operations in Eastern Europe and elsewhere, has stepped up its funding for three local media outfits that have been publishing articles in the Internet very critical of President Duterte and his administration.

These media outfits getting substantial amounts from NED are the Philippine Center for Investigative Journalism (PCIJ), the Center for Media Freedom and Responsibility (CMFR), and Vera Files.

Even if NED wasn’t a CIA conduit, it is an institution funded by the US government, and therefore advances US interests. Shouldn’t we be outraged that the US government is funding anti-Duterte media outfits here?

While these moneys may seem small, an NGO activist in Europe pointed out this was the same pattern in Ukraine several years back. The NED initially extended modest funds to Ukrainian opposition groups, and increased them substantially as the political crisis in that country broke out that led to the overthrow in 2014 of pro-Russia Ukraine President Viktor Yanukovych, to be replaced by pro-US leaders.

NED president Carl Gershman, who has been openly rabidly anti-Russian would boast after Yanukovych’s fall: “Ukraine is the biggest prize“. (Another US outfit that has funded NGOs in Ukraine that helped topple Yanukovych is Omidyar Network, owned by tycoon Pierre Omdiyar. It is one of the two foreign financiers of another anti-Duterte media outfit, Rappler.)

Left, photo of CIA lobby with the National Endowment for Democracy’s logo superimposed, from voltairenet.org article “NED, the Legal Window of the CIA.” Right panel, logos of media outfits funded by NED.

Convinced that it has been a CIA front, Russia banned NED in 2015, claiming that it “poses a threat to the constitutional order of the Russian Federation and the defensive capability and security of the government”.

An editorial in the Washington Times recently urged Trump to stop Congress’ funding of NED: “Killing the NED would have another big benefit to America and the world: It would end the meddlesome activities of the endowment’s longtime leader, Gershman, who as president of the organization since its founding, has acted as a kind of grand-scale global busybody, dispensing some $100 million a year in behalf of efforts to undermine governments around the world.”

Among the many respected investigative journalists who have exposed the NED as a CIA conduit is Robert Perry, who broke many of the Iran-Contra stories for the Associated Press and Newsweek in the 1980s. He was awarded the George Polk Award for National Reporting in 1984 and the I.F. Stone Medal for Journalistic Independence by Harvard’s Nieman Foundation for Journalism in 2015.

He explained in a 2014 article in consortiumnews.com, which he founded in 1995 as the first investigative news magazine in the Internet:

“NED is a US government-funded organization created in 1983 to do what the Central Intelligence Agency previously had done in financing organizations inside target countries to advance US policy interests and, if needed, help in ‘regime change.’

It was founded at the initiative of Cold War hardliners in the Reagan administration, including then-CIA Director William J. Casey. Essentially, NED took over what had been the domain of the CIA, i.e. funneling money to support foreign political movements that would take the US side against the Soviet Union.

Though the Reagan administration’s defenders insist that this “democracy” project didn’t “report” to Casey, documents that have been declassified from the Reagan years show Casey as a principal instigator of this operation, which also sought to harness funding from right-wing billionaires and foundations to augment these activities.

In one note to then-White House counselor Edwin Meese, Casey endorsed plans ‘for the appointment of a small Working Group to refine the proposal and make recommendations to the President on the merit of creating an Institute, Council or National Endowment in support of free institutions throughout the world.’

Casey’s note, written on CIA stationery, added, “Obviously we here should not get out front in the development of such an organization, nor do we wish to appear to be a sponsor or advocate. We would be pleased to make suggestions on the composition of the Working Group and Commission.’”

William Blum, a former State Department official and author of several books critical of US foreign policy called NED the “CIA’s Trojan horse”. He quoted NED co-founder Allen Weinstein as telling the Washington Post in 1991: “A lot of what we do today was done covertly 25 years ago by the CIA.”

The NED has telegraphed its message that Duterte is now on its cross-hairs.

In an article in a journal last July, Christopher Walker, NED vice president for studies and analysis, claimed that the Philippines had caught the “authoritarian virus”. He lumped the Philippines with Tanzania, Bangladesh, South Africa and Hungary where “there has been a swift decline in democratic accountability”. In its website, NED declares: “The Duterte administration represents a sharp break from the Aquino administration and its emphasis on good governance.”

If you were media outfits relying on its funds, wouldn’t you toe NED’s anti-Duterte line and prove it through your articles?

I asked Vera Files president Ellen Tordesillas if she was aware of claims by respected researchers that the NED has been and is a conduit of the CIA. She replied: “I have not heard or read from any ‘respected researcher’ about NED and CIA.“

Tordesillas, a veteran columnist of the Malaya and Abante newspapers, has been known to be a shrill critic of Duterte, and has been active in social media posting anti-Duterte memes. Her favorite target has been blogger Mocha Uson, now an assistant secretary in the Malacañang communications group.

I asked CMFR’s executive director Melinda Quintos-de Jesus who are the funders of her outfit. She gave me a list of 12 funders, 10 of which were foreign, including NED.

When I asked her the same question on whether she was aware of NED’s alleged links to the CIA, she replied: “There is no point in further engaging in this conversation as you are clearly hostile to CMFR.” If government officials and other subjects of journalists behaved like de Jesus, newspapers would contain only press releases.

(De Jesus is the wife of Edilberto de Jesus who had been personally very close to the Cojuangco family and was President Cory Aquino’s adviser on rural development. He writes a very pro-Yellow column in the Philippine Daily Inquirer. His most recent column gloated that the Philippines under Duterte is now No. 1 in the Global Impunity Index. He didn’t mention that the index was based on data for 2014, when his idol President Aquino had been president for four years.)

I posed the same questions through several emails to PCIJ executive director Malou Mangahas, an old friend and colleague in the outfit which I helped found in 1989, but which the center denies. (The PCIJ chairman is GMA7 media man Howie Severino.)

At the deadline for submitting this column, I had not received any response from Mangahas, not even an acknowledgement of the receipt of my emails, or that reply I often get from people who can’t be told the truth, “go to hell.”

I have not been a fan of Vera Files, PCIJ, and CMFR because these have had that distinct Yellow DNA: hypocrisy and a holier-than-thou attitude. Aquino, the Liberal Party and their gang profess to be crusading for some noble cause—democracy, rule of law, human rights—but in reality have only advanced the interests of their gang of oligarchs.

These three outfits—include Rappler, of course—all profess to have as their goal the professionalism of journalism as a tool for democracy.

Samples of the three media outfits’ biased – and false – articles on Duterte.

They claim to be objective, but any casual reading of the posts of these outfits will show beyond any doubt that they are merely following the agenda of the Yellow Cult based on that worn-out EDSA playbook: To demonize Duterte so much for public outrage to unseat him. That they are funded by an alleged CIA conduit is huge slap on our nation, and my profession.

Shouldn’t we do what the US does through its Foreign Agents Registration Act, and require political and media enterprises to first register their foreign funders? PCIJ, Vera, and CMFR appear to be 90 percent funded by foreign entities, while Rappler,  about 50 percent..

But then that wouldn’t be fair, when we allow the country’s biggest media outfits to be controlled or funded by foreigners, namely Indonesian magnate Anthoni Salim in Philippine Star and TV5 and North Base Media and Omidyar in Rappler. Isn’t this an outright violation of the Constitution?

Can somebody please explain to me: Why is it that foreign-funded media outfits, newspapers in the West, and those who have abandoned their country to enjoy life abroad are the most critical of Duterte, while Filipinos living here who are and will be affected by this President’s actions are mostly supportive of him? 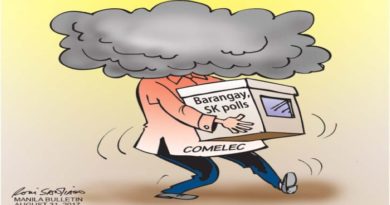 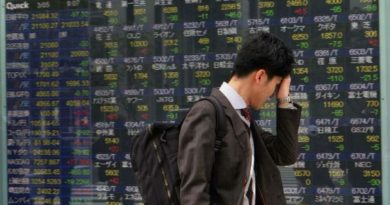