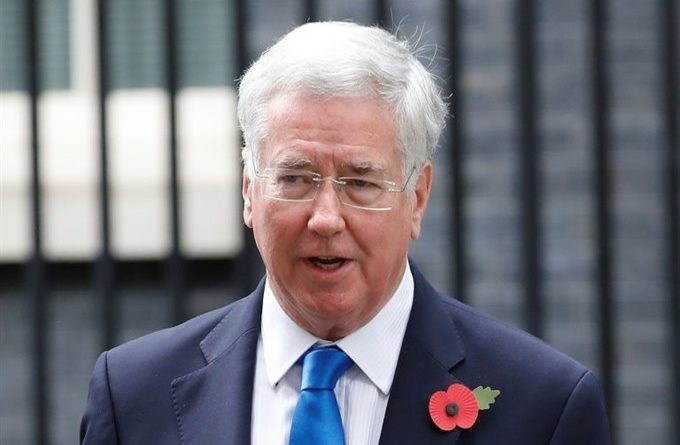 “A number of allegations have surfaced about MPs in recent days, including some about my previous conduct. Many of these have been false but I accept that in the past I have fallen below the high standards that we require of the armed forces that I have the honour to represent,” Fallon wrote in a resignation letter to Prime Minister Theresa May.

Fallon, who intends to remain an MP, had apologised this week for putting his hand on the knee of political journalist Julia Hartley-Brewer.

Appearing on television, she said she did not think Fallon’s cabinet resignation was based solely on the 2002 incident.

“I’m assuming there are more allegations to come,” she told Sky News. “I doubt very much it’s because of my knee and if it is I think that’s really mad and absurd and crazy.”

Fallon did not directly respond when asked by the BBC whether he was worried more stories were about to come out regarding his behaviour.

“The culture has changed over the years, what might have been acceptable 15, 10 years ago is clearly not acceptable now,” he told the British broadcaster.

May has called for rules on MPs’ behaviour to be toughened and has requested a meeting next week with other party leaders, following the emergence of several allegations of sexual harassment at Westminster.

In a letter to Fallon, who was first elected to parliament in 1983, May thanked him for “a long and impressive ministerial career.”

“I appreciate the characteristically serious manner in which you have considered your position, and the particular example you wish to set to servicemen and women and others,” she wrote.

Fallon has served as defence secretary since 2014 and was seen as a stable figure within the Conservative Party, regularly brought out to defend the government on television and radio.

His departure could force May into a difficult reshuffle, coming as the prime minister struggles to contain Brexit divisions within her own party and wield authority after calling a snap election in June backfired.

May’s government has been struck by several claims of sexual harassment, with an investigation under way into allegations that her de facto deputy Damian Green touched the knee of journalist Kate Maltby and later sent her a suggestive text message.

Green said it was “absolutely and completely untrue that I’ve ever made any sexual advances” towards the journalist.

Junior trade minister Mark Garnier is also under investigation for breaches of the ministerial code for asking his former secretary to buy him sex toys in 2010.

Dozens of politicians from the ruling Conservative party have been listed on a spreadsheet circulated in Westminster, reportedly detailing ordinary relationships, sexual penchants and unspecified and unverified claims of inappropriate behaviour.

But the allegations have not been confined to the Tories.

A prominent activist with the main opposition Labour party claimed on Tuesday that she was raped by a party member as a teenager six years ago.

Bex Bailey, now 25, told the BBC: “I told a senior member of staff, who told me, it was suggested to me that I not report it.”

Labour leader Jeremy Corbyn ordered an immediate inquiry and praised her “enormous courage” in speaking out.

Earlier on Wednesday a former parliamentary intern said he was sexually assaulted in 2012 by a former MP, who approached him outside a House of Commons bar.

“Suddenly his arm slipped down towards my buttocks, and he had a good feel round there and went a bit further in between my legs,” James Greenhalgh told the BBC.

He said he tried to report the incident a couple of months later but was told by the MP’s party that he could not do so anonymously, so he did not take the matter further. — AFP

graphs, news, editorials, opinions, information, data, others have been taken from the Internet ..aseanews.net | [email protected] | 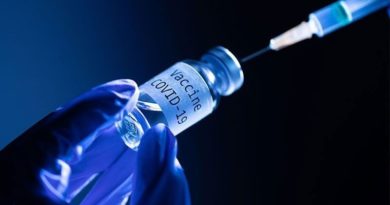 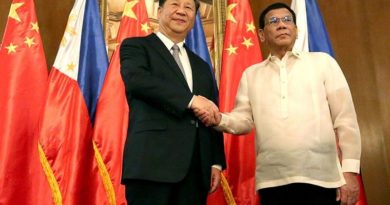 OPINION: GET REAL- What is China’s ‘hold’ on the President? 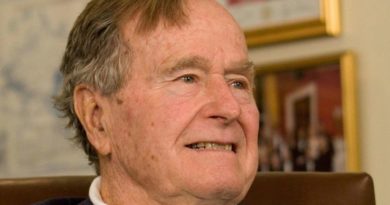