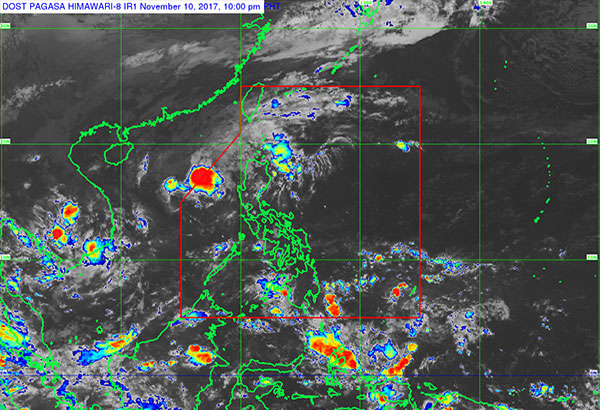 MANILA, Philippines — Fair weather is expected to prevail during the country’s hosting of the 31st Association of Southeast Asian Nations (ASEAN) summit and related meetings next week.

On Monday, mostly cloudy skies with possible isolated rains will prevail over these areas.

Paciente said the weather bureau monitored a cloud cluster, which could bring rains over Mindanao next week.

Tropical Storm Salome (international name Haikui) left the Philippine area of responsibility yesterday after bringing rains and gusty winds in many parts of Luzon, including Metro Manila on Thursday.

As of 3 p.m., Salome was spotted at 190 kilometers west northwest of Iba, Zambales with maximum sustained winds of 75 kilometers per hour near the center and gustiness of up to 90 kph.

Forecast to move northwest at 20 kph, Salome is expected to exit the country today.

Classes were suspended yesterday in Metro Manila and nearby provinces because of the bad weather.

Salome triggered floods and landslides in Southern Tagalog on Thursday, forcing thousands of individuals to evacuate to higher grounds.

A fallen divider pinned down Jayona when her house was hit by a tree uprooted by Salome while Morillo was hit by a flying galvanized sheet. Almeida suffered injuries when the vehicle he was using for preemptive evacuation was struck by a flying tree branch and Aquibay had a heart attack during the storm.

As of yesterday, Alabat and Pitogo towns in Quezon were still experiencing power outages due to flooding caused by heavy rains. Floods in Atimonan, however, started to subside yesterday.

In Laguna, three barangays in Paete have remained flooded while  Batuhan, Bulihan, Damagayan, Magdalo, Caballero, Asana and Poblacion were under waist to knee-deep floodwaters on Thursday.

Eugene Cabrera, Office of Civil Defense regional director in Mimaropa (Mindoro, Marinduque, Romblom and Palawan), on the other hand, reported that  257 families in Mindoro Oriental and Marinduque were  forced to evacuate to higher ground due to floods.

Two succeeding landslides also hit Boac and Sta. Cruz towns in Marinduque Thursday afternoon while another was in Romblon.

The National Disaster Risk Reduction and Management Council reported  that the cancellation of sea travel in Bicol and Southern Tagalog left 2,318 passengers, 354 rolling cargoes, 52 vessels and 43 motor boats stranded in the Calabarzon, Mimaropa and Bicol.

In Sorsogon, a cargo vessel with 21 crew members ran aground at the height of Salome on Thursday.

The shipping company sent a tug boat to pull the cargo vessel back to sea.

In Camarines Norte, 11 fishermen were reported missing as the storm pounded the Bicol region.

Two motorized boats also capsized in the waters of Lagonoy in the province due to big waves and strong winds.

Strong winds toppled trees and power was cut off in Albay.

Around 1,000 passengers were stranded at the Matnog port in Sorsogon and other ports in Bicol.

Classes in all levels in public and private schools in Pampanga were suspended yesterday due to heavy rains spawned by Salome. Work in government offices were also suspended.

Classes were also suspended in Metro Manila to ensure the safety of the students. 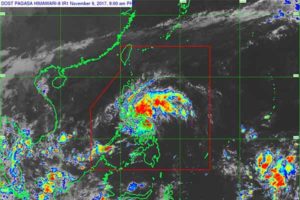 In its 8:00 a.m. weather bulletin, PAGASA hoisted tropical cyclone warning signal no. 1 over the following areas:

Residents of the said areas, as well as the rest of the Bicol region, Cavite, Laguna, Batangas, Rizal, Quezon, Metro Manila and the eastern section of central Luzon are “advised to be alerted against possible flashfloods and landslides.”

The state weather bureau also issued warning for sea travel for areas under storm signal due to moderate and rough seas.

Meanwhile, National Disaster Risk Reduction and Management Council spokesperson Mina Marasigan announced that all trips from Batangas port going to MIMAROPA are suspended due to the tropical depression.

PAGASA located the center of “Salome” at the vicinity of Mondragon, northern Samar.

Tropical Depression Salome packs maximum sustained winds of 45 kilometer per hour near the center and gustiness of up to 80 kph.

It is expected to exit the Philippine Area of Responsibility on November 11, Saturday morning. 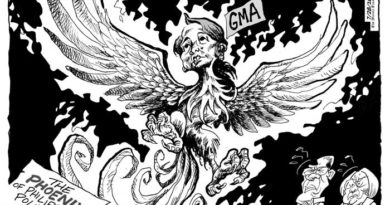 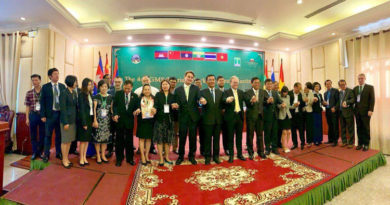