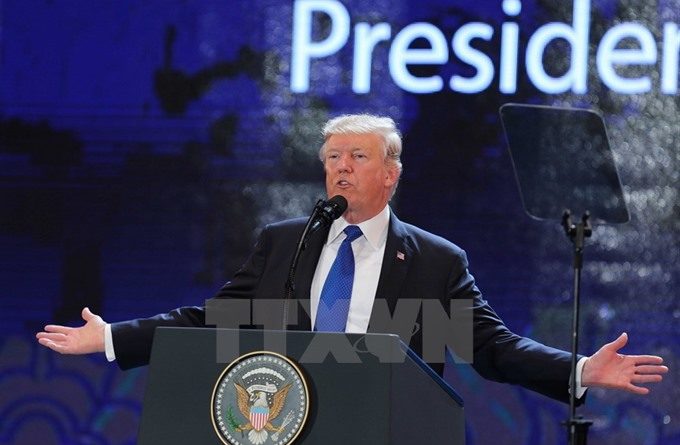 ĐÀ NẴNG – In strong speeches laying out widely differing visions on the future of international trade, the presidents of China and the US yesterday stressed the importance of regional peace and security to stable, sustainable growth.

Addressing around 2,000 CEOs at the closing session of the APEC CEO Summit 2017, American President Donald Trump said the US was willing to make bilateral trade agreements with any “Indo-Pacific nation that wants to be our partner and … will abide by the principles of fair and reciprocal trade.

“What we will no longer do is enter into large agreements that tie our hands, surrender our sovereignty, and make meaningful enforcement practically impossible,” Trump said.

“The United States is prepared to work with each of the leaders in this room today to achieve mutually beneficial commerce that is in the interest of both your countries and mine. That is the message I am here to deliver.”

Trump described APEC as “a beautiful constellation of nations, each its own bright star, satellites to none.

“In the early 1990s, nearly half of Việt Nam survived on just a few dollars a day, and one in four did not have any electricity.  Today, an opening Vietnamese economy is one of the fastest-growing economies on earth.  It has already increased more than 30 times over, and Vietnamese students rank among the best students in the world,” Trump said.

He also said that Đà Nẵng was “once home to an American military base, in a country where many Americans and Vietnamese lost their lives in a very bloody war.

“Today, we are no longer enemies; we are friends. And this port city is bustling with ships from around the world. Engineering marvels, like the Dragon Bridge, welcome the millions who come to visit Đà Nẵng’s stunning beaches, shining lights, and ancient charms,” he said.

“Today, I am here to offer a renewed partnership with America to work together to strengthen the bonds of friendship and commerce between all of the nations of the Indo-Pacific, and together, to promote our prosperity and security.

“Above all, we seek friendship, and we don’t dream of domination,” Trump said.

In stark contrast to Trump, Chinese President Xi Jinping said that a brighter future for the Asia Pacific region depends on openness and multilateral co-operation.

“We need to continue to promote open economies that benefit us all, since opening up doors leads to progress, while closing them will leave us behind,” Xi said.

“We need to set up a system of regional co-operation that ensures equal consultation between countries, as well as an Asia-Pacific free-trade system, facilitating trade and investment to bring benefits to different countries and people in different strata and helping economic globalisation to be more open, inclusive, balanced and equitable,” he said.

“We should continue to make economic development more inclusive and deliver its benefits to our people,” he said.

The current headwinds confronting economic globalization were mostly generated by the lack of inclusiveness in development, he stressed.

“Hard work is still needed if we are to bring the benefits of development to countries across the globe and people across our society, and thus turn our vision into reality.

“We should make inclusiveness and sharing a part of our development strategies, improve systems and institutions to uphold efficiency and fairness, and safeguard social equity and justice.

“We should invest more in education, medical care, employment and other areas that are important to people’s livelihood, and address poverty and the widening gap between the rich and the poor.

“We should reach out to disadvantaged groups, improve business environment for micro, small and medium-sized enterprises, and enable the workforce to better adapt to industrial transformation, so that everyone will have his fair share of opportunity and benefits,” Xi said.

“As an old Chinese saying goes, a commitment, once made, should be delivered,” Xi said.

He also spoke about the comprehensive reforms China has made to remove systematical institutional barriers that impede development.

“We have pursued a people-centered philosophy of development to make our development more inclusive and beneficial to all.”

Highlighting the 19th National Congress of the Communist Party of China last month as a historical process, President Xi spoke of five directions that will embark Chinese people on a new journey.

“Responding to our people’s desire for a better life, the Congress formulated a guide to action and a development blueprint for China in the new era. It is envisaged that by 2020, China will turn itself into a moderately prosperous society in all respects, and by 2035, China will basically realise socialist modernisation,” he said.

On the sidelines of the summit, Cấn Văn Lực, a Vietnamese economist, told Việt Nam News that the speeches were “both great”.

“What they said proved their roles as the leading economies of the world,” Lực said.

Michael W. Michalak, senior Vice President and Regional Managing Director of US-ASEAN Business Counciland former US ambassador to Việt Nam, said about Trump’s speech: “And now he knows something about Asia and I think that’s a positive thing. The more he knows about Asia, the more he comes to understand it and the better off we’re all gonna be because we’ll be able to work together from a much stronger base,” Michalak told Việt Nam News.

President of the Việt Nam Chamber of Commerce and Industry Vũ Tiến Lộc, Chairman of the APEC CEO Summit 2017, said it had been a success with a wide range of inspiring dialogues on the future of APEC.

“We all agree that globalisation, integration and free trade are the most important means for sustainable and inclusive economic development and poverty reduction. We have to do our best to achieve these goals,” he said. 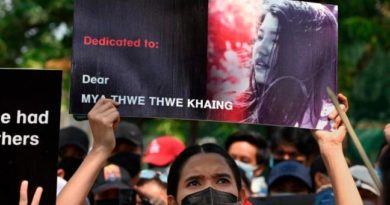 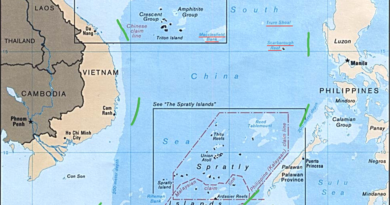 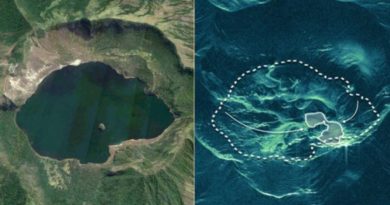