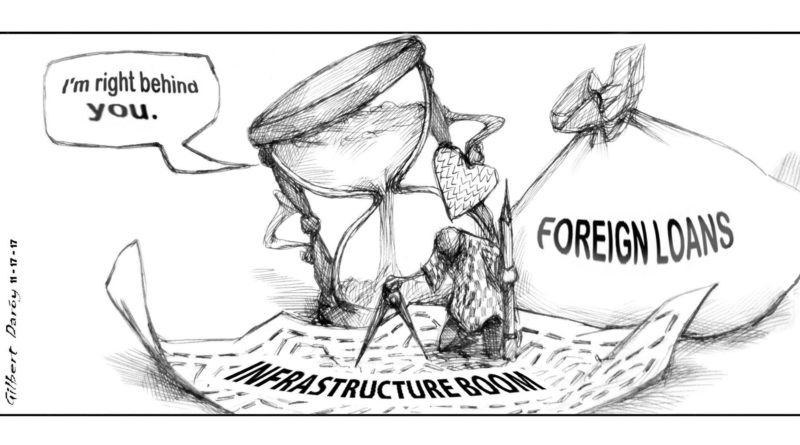 The consensus reached by the leaders of the Association of Southeast Asian Nations and China to finally begin negotiations on a Code of Conduct of parties in the South China Sea is a positive outcome from a week of summit pageantry, but it is hardly the breakthrough that China and its apologists, witting or unwitting, say it is.

In the first place, this code was promised 15 years ago; the last paragraph of the Declaration on the Conduct (DOC) of Parties in the South China Sea, signed on Nov. 4, 2002, held that “The Parties concerned reaffirm that the adoption of a code of conduct in the South China Sea would further promote peace and stability in the region and agree to work, on the basis of consensus, toward the eventual attainment of this objective.” The reason negotiations on the Code never took off was China’s strategy of delay. It had signed the DOC in the waning months of Jiang Zemin’s presidency, and despite the official Chinese policy of a “peaceful rise,” the presidency of Hu Jintao never accorded the Code priority. Under the much more authoritarian Xi Jinping, the “peaceful rise” policy has been shelved, in favor of an even more assertive, expansive nationalism.

Secondly, the negotiations will finally take place under circumstances redefined by China to be much more favorable to its interests. As the case that the Philippines filed against China at the arbitral tribunal was progressing, Beijing ramped up its land-reclamation and facility-building in the Spratlys; it successfully dissuaded Manila from using the landmark and sweeping legal victory of July 12, 2016, at the Permanent Court of Arbitration as leverage, and Vietnam from deploying more oil and gas rigs in disputed waters; it has—according to President Duterte himself—raised the possibility of war, contrary to the spirit of every single one of the agreements it has entered into with Asean; it has even enabled the initiative to write a so-called Framework on the Code of Conduct, another agreement touted to be a significant achievement but in reality is yet more proof of Chinese strategic delay.

Thirdly, the start of negotiations on the Code of Conduct early next year is exactly that: merely the start. How long the process will last, what form the document will take, and (the most important question) whether the Code will be legally binding, will all be largely determined by Beijing. Its strategy has paid off; delays have weakened the hand of the Asean as a bloc and of its claimant countries, even including Indonesia. To be sure, Chinese Premier Li Keqiang hit most of the right notes at the Asean-China summit last Monday. “We hope the talks on the code of conduct will bolster mutual understanding and trust. We will strive under the agreement to reach a consensus on achieving early implementation of the code of conduct,” he said (according to a transcript provided by the Chinese foreign ministry).

Lastly, we must bear in mind the lessons of recent history. When they don’t meet its interests, China has learned to ignore the fine print of the agreements it enters into. The DOC itself, often used by China as proof of its commitment to regional diplomacy, has been repeatedly dishonored. Paragraph 5 of the Declaration begins: “The Parties undertake to exercise self-restraint in the conduct of activities that would complicate or escalate disputes and affect peace and stability including, among others, refraining from action of inhabiting on the presently uninhabited islands, reefs, shoals, cays, and other features and to handle their differences in a constructive manner.” This vital principle of self-restraint has not stopped China from converting seven rocks or reefs it occupies in the Spratlys into islands, capable of sustaining not only civilian life but even military operations.

The Philippines and its partners in Asean must enter into the negotiations on the Code of Conduct with these lessons in mind, and with calibrated optimism. The breakthrough lies at the end, not at the start.

7.1. Leaders and dealers.. The Daily Tribune 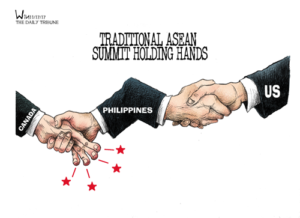 7.2.   Code of Conduct – our best hope for peace – The Manila Bulletin 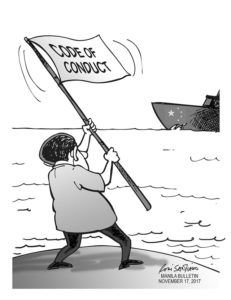 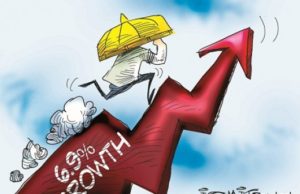 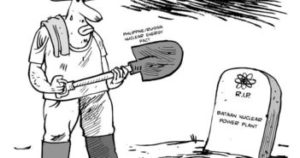 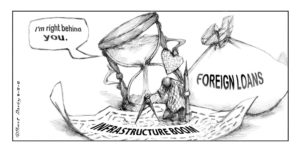 7.6. No joking matter…  The Philippine Star 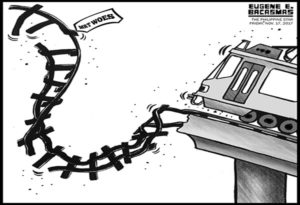 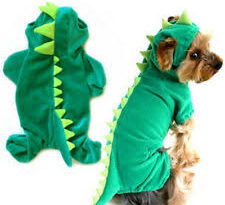 THE DOG THINKS HE IS A DRAGON 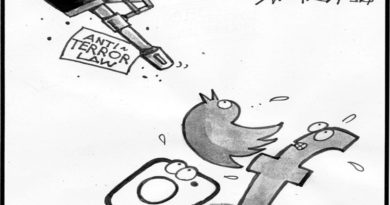 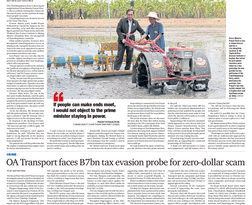