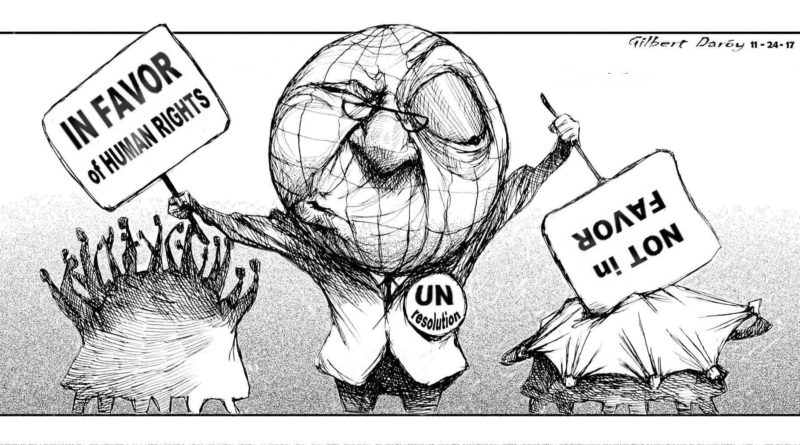 Whoever wrote the script or ordered the impeachment drama attacking Chief Justice Maria Lourdes Sereno must be wishing for a different lead actor, because lawyer Lorenzo “Larry” Gadon is the Donald Trump of impeachment complainants: excruciatingly stupid, and unaware of it.

The House of Representatives’ pliable committee on justice had already taken a considerable risk. Months after rejecting two impeachment complaints against President Duterte, in part because Majority Leader Rudy Fariñas had argued forcefully that the complainant, Magdalo Rep. Gary Alejano, did not have “personal knowledge” of alleged extrajudicial killings, the substance of one of his complaints, the committee found Gadon’s impeachment complaint against Sereno valid in form and substance. This finding ran contrary to clear proof that Gadon, a failed senatorial candidate of Ferdinand Marcos’ Kilusang Bagong Lipunan, had based his allegations on newspaper reports, not personal knowledge.

So when the committee convened on Wednesday, expectations were high that Gadon would come prepared for the inevitable questions on the sources of his complaint. He had himself stoked the fire, telegraphing that he had the support of enough lawmakers and that he had received valuable advice from Fariñas. “When the majority floor leader read this complaint, he advised me to attach original and certified true copies of documents so I won’t have a hard time with the verification portion,” he said in Filipino in a radio interview.

But it quickly became clear at the hearing last Wednesday that Gadon did not heed Fariñas’ advice, or didn’t know how to. The news report filed by Inquirer reporter DJ Yap is both straight to the point and comprehensive. It is worth quoting at some length:

“He admitted on at least two occasions during the hearing that he did not personally know the circumstances nor possess authentic records of the charges, including the allegation that Sereno altered a temporary restraining order (TRO) drafted by Supreme Court Associate Justice Teresita Leonardo-De Castro without full-court approval in 2013.

“In responding to questions about the TRO, Gadon said he learned about Sereno’s alleged tampering with the document from a Manila Times reporter and later confirmed it with Supreme Court insiders.

“Asked by Oriental Mindoro Rep. Doy Leachon if he confirmed the tampering with De Castro personally, Gadon replied: ‘No, your honor. Not directly.’

“‘There must be some problem here,’ Leachon said.”

Indeed, the scriptwriters and show runners of the Sereno impeachment complaint must surely now realize that Gadon is the problem. This is the same person who, in a television interview, claimed outrageously that the solution to the peace problem in Mindanao was the extermination of Muslim Filipinos. He used the phrase “burahin ang lahi,” or erase their race. This is the same person who said, in another TV interview, that his purpose in filing an impeachment case against Sereno was to rid the government of the “yellow virus,” meaning appointees named by or associated with then President Benigno Aquino III. And this is the same person who suggested that President Duterte himself can serve as “special prosecutor” if and when the Sereno complaint reaches the Senate impeachment court. (Even a normally partisan lawyer like Chief Presidential Legal Counsel Salvador Panelo had to dismiss Gadon’s suggestion as “pure nonsense.”)

Fariñas and the chair of the House committee on justice, Rep. Reynaldo Umali, must now recognize that Gadon is not the brightest bulb, and is so out of the mainstream and his light so feeble he must make sensational claims just to be noticed.

Gadon also committed the unforgivable sin last Wednesday of repeatedly putting Justice De Castro on the spot, even suggesting that she had broken a rule on confidentiality of Supreme Court proceedings. The response from De Castro was swift and unequivocal: “I have never released to [Manila Times reporter] Jomar Canlas any information, report or document regarding the work of the court.”

Umali was duty-bound to reply that, given De Castro’s statement, “the implication is that Attorney Gadon may be liable for perjury.”

Now if only someone responsible would cut the Duterte administration coalition’s losses in this baseless impeachment case, and order everyone involved to pack up.
. 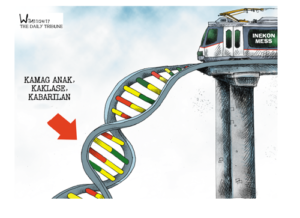 7.2  PDEA carries on the anti-drugs drive – The Manila Bulletin 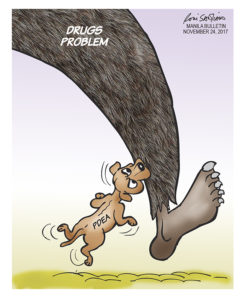 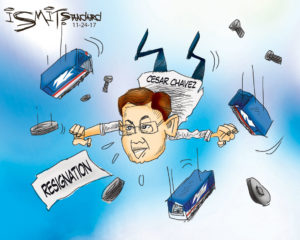 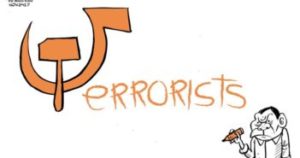 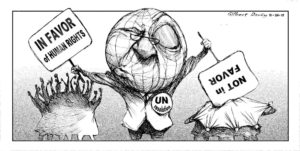 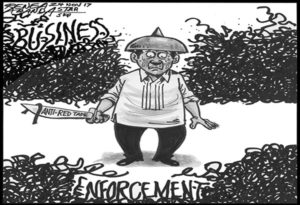 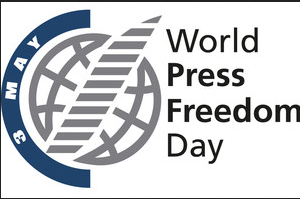 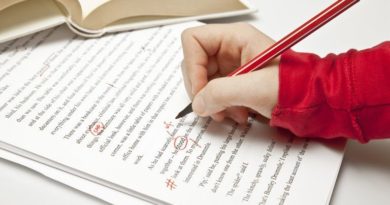