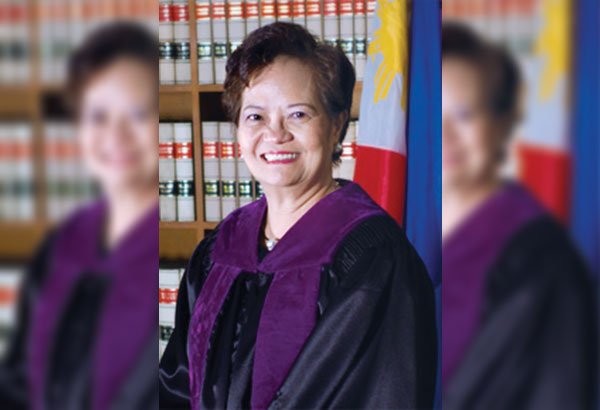 It is almost an axiom of Philippine politics: Appearance in a congressional hearing diminishes the mystique of reputation. Even if the personality is a beloved figure and is present in hearings only under the friendliest of circumstances, mere appearance carries with it a very high risk of reputational damage. Consider the former archbishop of Lingayen-Dagupan, Oscar Cruz, a tireless crusader against the illegal numbers game of jueteng, who was a featured resource speaker in many a Senate hearing. He proved most useful, and helped focus public attention on the scourge of jueteng—but it is fair to say that at the end of it all he was merely just another resource person. He had helped demystify his own considerable reputation as an effective, devout Catholic bishop.

In contrast, the late Jaime Cardinal Sin, archbishop of Manila, never deigned to appear in legislative inquiries, preserving the reputation of mystique of his influential office.

When Supreme Court Associate Justice Teresita de Castro appeared at Wednesday’s hearing of the House of Representatives’ justice committee, she may have been motivated by the same general sense as the Bishop Cruzes of the world: She wanted to be useful. But because she was taking part in a proceeding considering the impeachment of the Chief Justice, she was taking a high-risk gamble to her own personal and professional reputation.

She looks in danger of losing that wager.

The nature of the reputation of a justice of the Supreme Court is similar to that of a Catholic bishop in the Philippines: It is built not so much through promotion as through renunciation; it is characterized not so much by advance as by withdrawal. Indeed, lawyers speak of the “majesty of the law”—and by being named to the high tribunal a member of the Court is presumed to lose herself in the law’s expansive mantle.

De Castro’s testimony was meant to shed light on two crucial allegations against Chief Justice Maria Lourdes Sereno. She sought to define the parameters of her testimony right from the start, that “this is the proper venue where I can correct the misinformation that has been spread many times during this period,” and that she wanted to “explain to everyone the process that we follow in deciding cases in the Supreme Court.”

She was careful to disavow any attempt to undermine Sereno’s authority. “I am not after putting her down; I just want to correct what she has done,” De Castro said. And then at another time: “If I wanted to put down the Chief Justice, I would have filed a complaint against her or done something drastic. I didn’t take any action against the Chief Justice.”

But taken together, her statements only underscore the weakness of the impeachment case against Sereno. If Sereno’s acts were in fact culpable violations of the Constitution, why didn’t De Castro or any other justice “file a complaint,” or “do something drastic,” or take action” against her?

Indeed, asked several times by House justice committee members whether Sereno’s acts rose to the level of an impeachable offense, De Castro would not give a categorical answer. House
Majority Leader Rodolfo Fariñas, for instance, asked her directly: “Do you think the issuance of [the administrative order “creating” the regional court administrative office in Region VII] is a violation of the Constitution?”

De Castro replied: “I decline to answer that question.”

Again, we read this response as a scrupulous regard for boundaries—but we understand the repeated question as a cry for help from pro-impeachment congressmen. “Tell us this is impeachable.” Because on the face of the facts
that De Castro herself admits, there was no falsification of a Court en banc resolution involving the administrative order, and her recommendation in the party-list case was exactly that:
recommendatory.

But—and this is how the erosion of reputation starts—De Castro could not but assert that, after she wrote a memorandum assailing Sereno’s administrative order, she was met by silence: “She didn’t say anything. She didn’t answer my letters. She didn’t do anything.”

A personal insult, perhaps. But an impeachable offense?
. 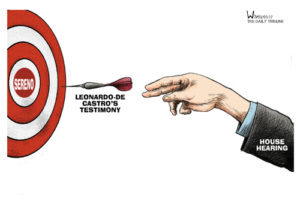 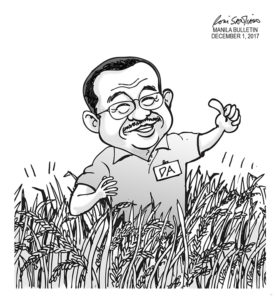 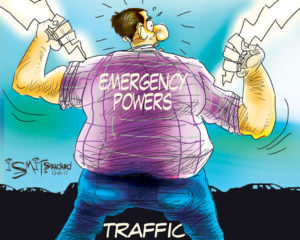 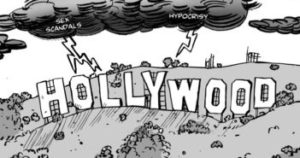 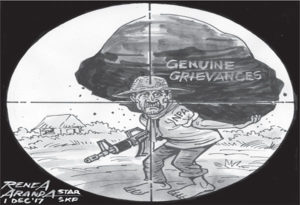 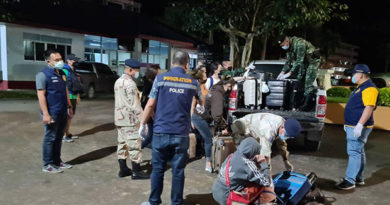 COLUMNISTS: HORIZONS- Thailand and PH: A tale of two countries 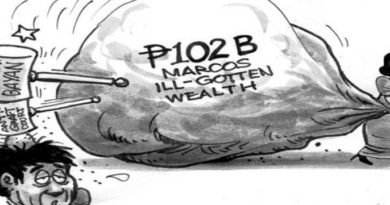 OP-ED CARTOONS: Editor’s Choice – Another win for the Marcoses