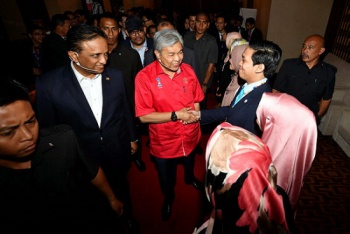 KUALA LUMPUR: Malaysian Anti-Corruption Commission (MACC) chief Commissioner Tan Sri Dzulkifli Ahmad declared that a corrupt person will be charged in court every week in order to eradicate such crimes.

“I do not care who is being charged. I want to put the fear in those involved in corrupt practices, MACC has been consistent on this,” Dzulkifli said during a dialogue with the Umno Overseas Students Bureau in conjunction with the Millennials Empowerment Summit 2017 (MES 2017), here today.

He was also concerned about the results of a survey conducted by MACC, in which 18% of 1,000 university students polled said that they would accept bribes if offered.

Dzulkifli expressed hopes that educational programmes organised by MACC would help change the perception of the younger generation towards such corrupt practices.

Meanwhile, Deputy Prime Minister Datuk Seri Ahmad Zahid Hamidi said an equal focus should be given to the investigation and prosecution of bribe givers, similar to the focus given to recipients, in order to eradicate such crimes.

He said it was unfair if the investigation, prosecution and punishment were only carried out on the bribe takers, because there were instances when the criminal reports were made by the giver against the receiver, as they were dissatisfied with the returns.

“We should have a balanced opinion on the giver and receiver. We also frequently see that the bribe receivers are linked to the public sector or government officials who are charged after an investigation is carried out and punishment meted,” he said when officiating the MES 2017.

According to Ahmad Zahid, corruption is a “two way transaction” and the public must not judge a corruption probe before the verdict was given.

“We have to look into the giver and receiver equally. The receiver is regularly associated with the civil service. But the worst part is, these civil servants have already been judged by the court of perception even before a formal investigation is done or punishment is given,” he added.

Ahmad Zahid said the government supported the proposal by the MACC to look at the involvement of the private sector, corporate bodies and individuals, especially entrepreneurs, who tried to offer bribes to facilitate their business transactions with government agencies and departments.

“Some of these methods allegedly to smoothen the transaction must be given proper attention,” Ahmad Zahid said.

He also urged the authorities to initiate prosecution and take action on specific cases based on the outcome of investigations, including through intelligent information and not purely on reports.

“Do not only listen to ‘hear-say’ or any report on the media or online media as well as the allegations hurled which prompted action to be taken,” he said.

Ahmad Zahid urged the corporate bodies and private sector to take the Corruption Free Pledge as carried out by the ministries, agencies and government departments to eradicate such crimes.

He also praised the MACC on the role they played to improve Malaysia’s position in the Corruption Perception Index to 55th out of 176 countries last year.

The MES, with the theme of “Nation Against Corruption for Development, Peace and Security,” is a platform for the Foreign Students Presidential Council Bureau to meet and carry out networking between the local and foreign millenial groups and the national leadership, in addition to discussing contemporary issues in the nation building process.

The summit was held in conjunction with the 2017 Umno General Assembly which begins today.

A corrupt person will be charged every week: Dzulkifli,
MACC must have concrete evidence to prosecute ‘big sharks’: Analyst,
No political pressure on MACC to investigate cases,
Increasing awareness on prevention of corruption, power abuse,
MACC offers incentives to prospective whistleblowers, 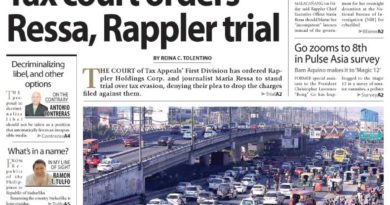 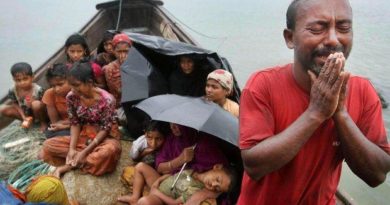 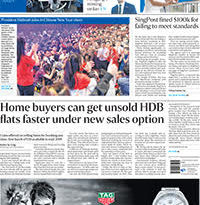