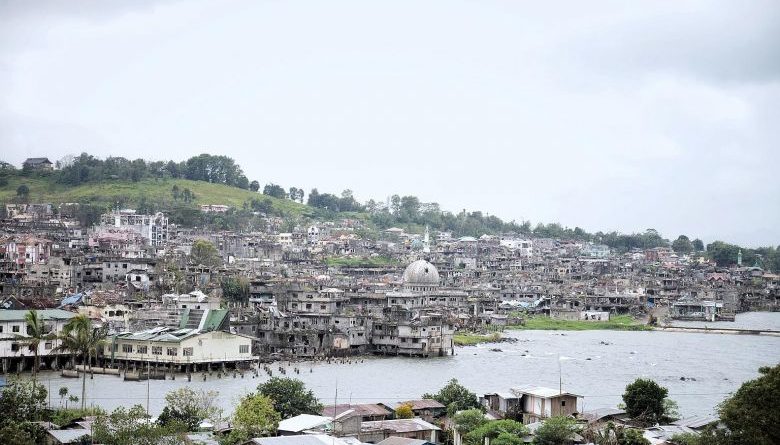 It has been over two months since the Philippine government declared victory over a well-armed and highly motivated cabal of Muslim militants that laid siege to Marawi city. The military has allowed half the city’s more than 200,000 residents to return, but not to the devastated half that is filled with unexploded ordnance and booby traps. What awaits the residents of Marawi is more uncertainty and the ever looming threat that the militants may soon return.

More than two months have passed since the Philippine government declared victory over a well-armed, well-organised and highly motivated cabal of Muslim militants that laid siege to Marawi.

But the lakeside city, a centre of Islamic heritage in the insurgency-wracked southern island of Mindanao, remains half-empty.

Although the military has allowed half the city’s more than 200,000 residents to return, the devastated half – a sprawling field of debris, unexploded ordnance and booby traps – is still no man’s land.

Post-conflict assessment teams are putting together a plan to rebuild Marawi. Experts estimate it may take anywhere from 50 billion to 90 billion pesos (S$1.3 billion to S$2.4 billion), but they are not sure how long the rebuilding process will take.

A senior military official said the soonest bomb-disposal units can clear the ruins of improvised explosive devices is in April, almost a year from when the militants launched the armed conflict.

For now, the multitude whose lives have been upended by the conflict will have to wait until they are allowed to return to a city pulverised into rubble and dust.

Even then, what awaits them is more uncertainty, and the ever looming threat that the militants may soon return. Defence Secretary Delfin Lorenzana said in October that six battalions of troops would remain in Marawi amid President Rodrigo Duterte’s calls for continued vigilance.

A ‘CITY OF STREAMERS’

Marawi, about a three-hour ride from the nearest airport in Laguindingan town, snakes through provincial districts that are slowly getting a taste of the Philippine success story: A smooth highway, a bounty of tourists, cable TV, schools, a cement plant, a McDonald’s restaurant here and there.

About 30km from Marawi is Iligan, the nearest city and the halfway point from Laguindingan. Here, sheets of tarpaulin, at least 1m wide and 0.5m tall, line the roads every few metres or so, proclaiming the achievement of some Muslim’s son or daughter: a newly minted doctor, nurse, criminologist,engineer.

“It’s in the Maranao culture, to take pride in education, and to serve notice to other clans. People here say that if you have a child who passed a licensure exam, and you did not put up a streamer, you do not love that child,” said driver Jamil Tuano, 35, referring to the ethnic Muslim tribe that forms the bulk of Marawi’s population.

This is why Marawi is sometimes called, jokingly, “the city of streamers and tarpaulins”, he said.

Closer to the city of Marawi, shades of Islamic life fill the landscape: roadside mosques; women in hijab and niqab; men with white, rounded taqiyahs on their heads.

But there are also reminders that this was a conflict zone: trucks filled with soldiers; checkpoints everywhere; a constant traffic of vehicles with markings of aid groups and non-governmental organisations.

On May 23, about 1,000 gunmen stormed and seized large parts of Marawi in an audacious bid to turn the city into a “wilayah”, or province, of the Islamic State in Iraq and Syria (ISIS). What followed was a war that raged for five months.

By the time the Philippine military declared victory on Oct 23, more than 1,000 militants, government troops and civilians were dead, half of Marawi lay in ruins, and about 400,000 people living in and near the city were displaced.

Beyond the arch that marks Marawi’s borders, life was again stirring when The Sunday Times was there for six days from Dec 12. At the Amai Pakpak hospital, among the first government buildings to be attacked by the militants, there was a constant shuffle of patients, nurses and doctors.

Inside the university’s campus, which is a city in itself, a business district buzzed with commerce. Long queues were forming in restaurants, and the marketplace was buzzing with activity.

But from across a bridge just a few paces from city hall, devastation met the eye. Referred to either as “ground zero” or the “main battle area”, this was where the fiercest fighting between government troops and the militants took place.

No one is allowed to go there, as security forces continue to sweep the ruins for booby traps and explosives.

Most of those who used to live there are now staying in overcrowded, barely liveable evacuation centres, where resentment has been festering.

“It’s very cold here at night, and we’re sleeping on a hard surface. It’s hard on the body. What we need are mattresses because all we have to sleep on are straw mats,” said Mr Riga Saadodin Panda, 21, an evacuee from Wawalayan Marinaut district, inside ground zero. He and his relatives fled their homes when the militants began herding hostages in the early days of the conflict. They were sent to an evacuation centre in nearby Saguiaran town, where they were given quarters, with over 200 other families. It is located beneath a barebones gymnasium the size of two basketball courts.

They have been there ever since, living off food rations and handouts. Some have started selling donated items like canned sardines, to buy things they need more of, such as diapers.

“We’re sick of sardines,” one evacuee was heard telling a Red Cross volunteer.

A few have been trying to eke out extra money by selling cigarettes, candies and other small items they managed to buy with cash they received from doing menial work for aid groups.

But it is the uncertainty that frustrates them most.

There has been no word on how soon they can return to their homes, or if they will be allowed to at all. Most of them do not own titles to the land they occupied, which is part of a military reservation, and they worry that the military is keen on reclaiming this land.

There has also been no assurance that the government will extend financial aid or loans to help them rebuild their homes.

Frustration has also been growing among those who have managed to return to their homes.

“Our houses were destroyed, looted. When we left, our houses had things in them. When we returned, they were empty,” said Mr Abdullah Sumndad, 45, a “sancopang Marawi”, the equivalent of a datuk.

She added: “Revenge killings and clan feuding have been there. The manner by which the reconstruction process will be undertaken should consider identity-based conflict. Otherwise, that will release other sources of violence in the time that people go back to Marawi.”

Mr Francisco Lara, International Alert’s country manager, said: “The big question is really, in terms of looming sources of violence: What role can be given to clans in the rebuilding process?”

He said the government seems to be dealing with Marawi in the same way it dealt with supertyphoon Haiyan in 2013. “Is the government treating this as a natural calamity? I hope not. As much of the work has to be on how to build resilient communities to threats of extremism, not only resilient to rise up again, but able to push back.”

Mr Meher Khatcherian, a protection delegate of the International Committee of the Red Cross, said: “In a conflict area, people need to be assured a lot more security wise, and they need to understand what kind of response is needed, to see something more clear proposed to them put in place, because they can be traumatised, because they have lost a lot, because they might be reluctant to come back to an area, because they’re afraid the same could happen to them again.”

Ms Norma Labao, 67, a retired teacher, was spotted pulling down the steel sheets that cover her store.

“The situation is better now, since the last week of November,” she said. She has managed to re-open her small laundry shop.

“Business has been okay, especially now that it’s always raining,” she said. She earns up to 40 pesos per kilo of clothes and bedding.

Mr Abdullah Mangotara, 32, too, has begun picking up the pieces. He has opened a new Potato Corner’s outlet, offering the fast food franchise’s fries, inside MSU. He lost the first one when war broke out.

“We lost so much. We’re back to zero. The war brought the reality that there is a risk to doing business here.” But he is staying, although he is sending his children away from Marawi “for safety reasons”.

That undercurrent of fear runs across Marawi.

Ms Labao said she is ready to leave at any time. “We hear rumours. We had to leave all of a sudden when the fighting began. Now, we are prepared. If anything happens, we’re ready to go.”

A boy and his sister play near a building in Marawi’s Basak Malutlut district, from where terrorist leaders Isnilon Hapilon and brothers Omarkhayam and Abdullah Maute are said to have plotted the siege of this southern Philippine city.

After the terrorists overran Marawi in May, it took the military five months to retake it, street by bloody street. Two months on, only half of its 200,000 residents have been able to return home.

The devastated half – a sprawling field of debris, unexploded ordnance and booby traps – is still no man’s land.

Our Philippines Correspondent Raul Dancel reports on how Marawi is trying to regain its footing. 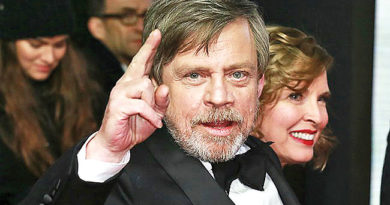 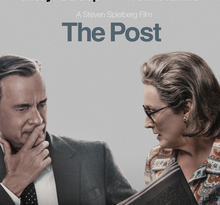 OP-ED COLUMNISTS: OPINION ON PAGE ONE BY FRANCISCO TATAD – ‘A Spielberg movie for DU30’s Cabinet’ 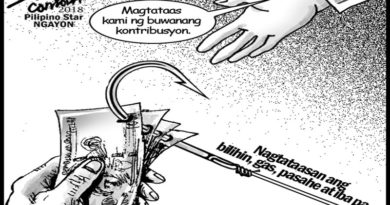