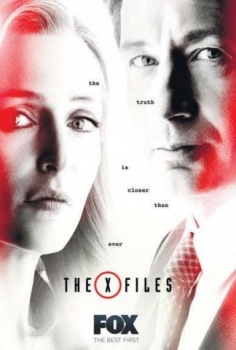 The X-Files brings back Anderson (L) and Duchovny.

With them comes a much-needed injection of horror sensibilities, both eldritch and science fiction. For the uninitiated, The XFilesfirst aired 25 years ago. The series became an instant hit worldwide and revolutionised television.

Each episode explored the paranormal, conspiracy theories, and horrors beyond our world and the natural law.

What made it particularly fascinating was that this took place at a time when the internet was in its infancy, before information on these kinds of things were easily accessible.

The X-Files is told from the perspective of the two FBI special agents as they solve mysteries relating to the paranormal, in cases known as the X-Files.

However, in 2016, Season 10 aired with much fanfare. While the Season that heralded the return of Mulder and Scully started strong, it ultimately faltered because of its dark tone and overly-serious nature. This year, Season 11 begins with a tone that is more akin to the show’s early years.

Episode one picks up exactly where the last Season left off and catches you up with the overarching plot.

If you are new to The X-Files, this episode is confusing and you may be tempted to skip through it, but it is crucial if you want an understanding of the overall story.

The tones of supernatural mystery, intrigue, and dread continue in the following episodes, along with a sense of how they apply to the world that we know today. In short, it feels like The XFiles that we remember, done with modern sensibilities.

The chemistry between Mulder, the deadpan master of conspiracy, and Scully, the serious doctor and scientist with the patience of a saint, is still enthralling to watch. Also returning are fan favourites FBI assistant director Walter Skinner (Mitch Pileggi), and the lynchpin to it all, the Cigarette Smoking Man (William B. Davis).

Fans will also enjoy the return of another X-Files trademark: the obligatory goofy episode (episode four). I find Season 11 to be much more enjoyable than the previous one. It does not take itself too seriously, nor is it so dark or cryptic that only hardcore fans could wade through the fog to get to the payoff.

Its take on modern ideas of urban legends and stories is what The X-Files is all about.

This Season also succeeds in making me look forward to another Season, not because of unanswered questions, like in Season 10, but just because the show is fun to watch.

It is also a nice escape from comic book-to-TV adaptations that are all the rage now. Despite the slight stumble with Season 10, Season 11 promises to make up for it. But it might not be so much fun without Anderson who has been reported to have said she won’t be returning for Season 12.

RELATED ARTICLES:
Watch the teaser trailer for ‘The X-Files’ season 11
(Video) ‘Prison Break’ plans another great escape on Fox this April
TV Views – Twin Peaks revisited
TV series this October: a new serving of ‘Stranger Things’, the end of ‘Scandal’ and the start of the ‘The Gifted’
Amy Poehler and ‘The Simpsons’ creatives team for animated comedy 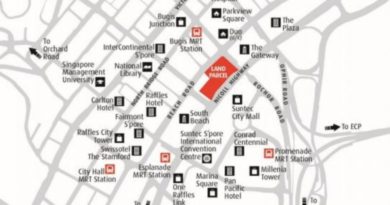 Developers cross their fingers and look to lucky numbers to give their bids a boost. 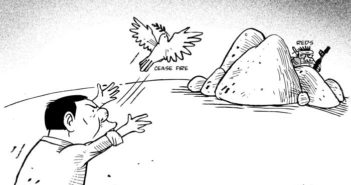