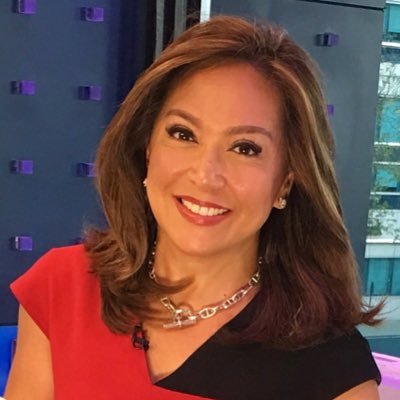 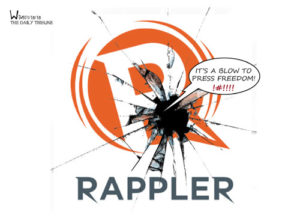 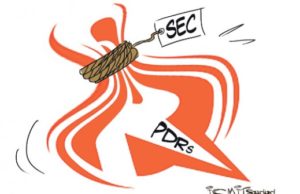 GMA newscaster Arnold Clavio took to Instagram to call out ABS-CBN newscaster Karen Davila after the latter tweeted she was saddened that some colleagues were making fun of Rappler’s issue with the Securities and Exchange Commission.

Last Jan. 11, the SEC ordered for the revocation of online news site Rappler’s license to operate.

Davila appears to be pertaining to Clavio and his radio show on Super Radyo DZBB 594khz last Tuesday, Jan. 16. Clavio, along with co-hosts Mike Enriquez and Susan Enriquez, allegedly made fun of Rappler’s closure order, hinting that ABS-CBN will be next.

In Davila’s Twitter account, she retweeted a link to an Inquirer column by physician and medical anthropologist Gideon Lasco, who wrote about the Rappler and SEC issue. Lasco wrote that despite the threats towards institutions, now is the time for solidarity among those who find themselves at the receiving end of repression.

Davila wrote, “YES! Key words – solidarity & courage. It saddens me to hear some colleagues making jokes on air on Rappler being shut down or which one’s next.” 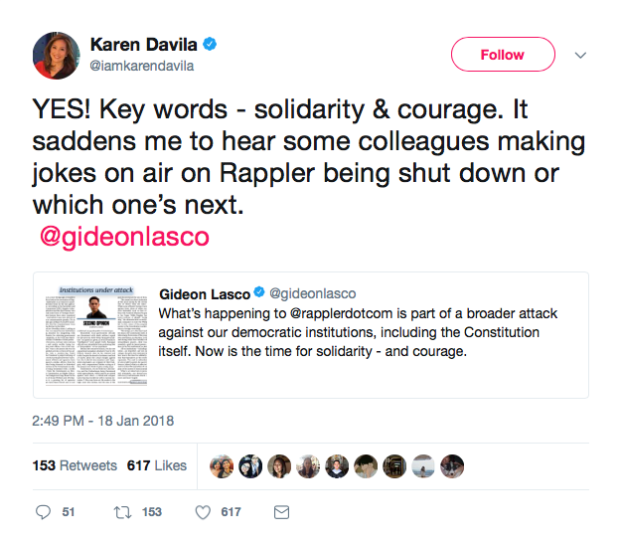 Enriquez then blurted out, “Susunod na kayo.” (You guys are next.)

Clavio, on the other hand, took a screenshot of Davila’s tweet and posted it on his own Instagram page. There, he wrote a long message for Davila, tagging her own Instagram account in the process.

“Is this your post @iamkarendavila? Can’t believe you didn’t even get our side,” wrote Clavio. “Halatang hindi mo kasi napanood o napakinggan eh at naki-tsismis kalang.” (It’s obvious you didn’t watch or listen, you just looked for gossip.) 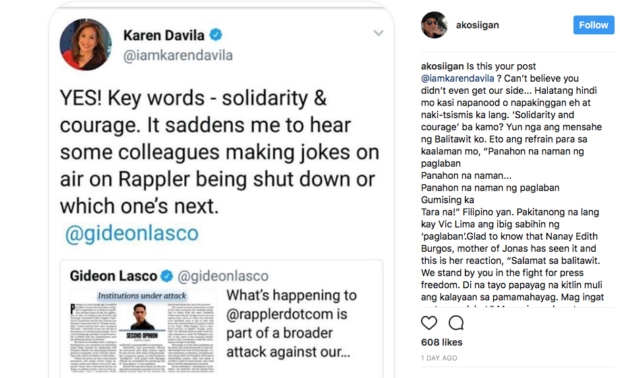 “Maraming salamat sa nakaintindi,” said Clavio. “Sa hindi like you, sorry na lang.” (Thank you to those who understood. For those who didn’t, like you, well, sorry.) JB 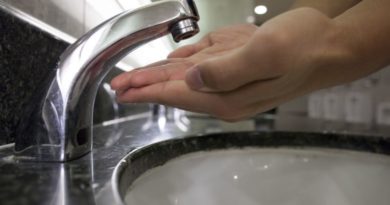 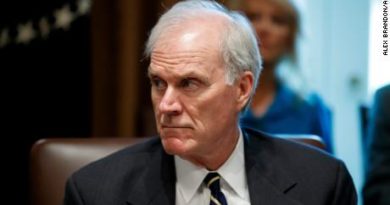 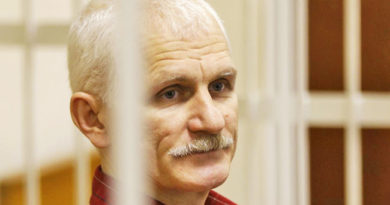