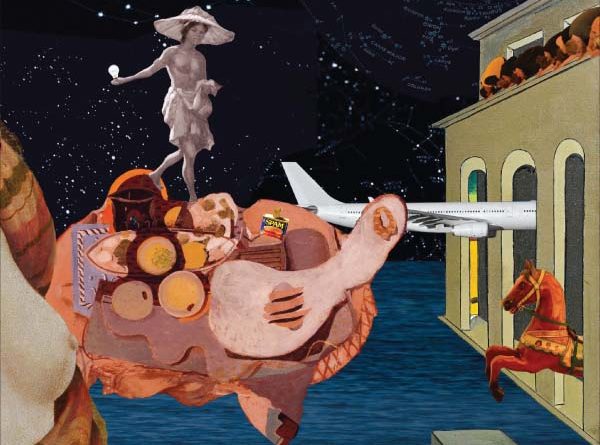 There is something about the intangible power of ideas that draws Marc Escalona Gaba. The formless phenomenon has endless possibilities for the artist. Championing an interactive approach to art, his is a view of art that explores an object’s ability to offer multiple layers of meaning owing to time, history, knowledge, and perceptions of the viewer.

A prolific artist, Gaba has many distinctions to his name not only as an artist, but also as a writer and poet. Of late, however, his voice as a visual artist has overpowered his more literary inclinations. “I’m no longer a poet, in the sense that my imagination is no longer immersed in thinking about possibilities in the music and sense-capacity of language, even though I still think about language every now and then, and I still love it very much when a work of art manages to be articulate.”

Despite this clear delineation, there are aspects in the discipline of poetry that Gaba brought to his art practice. While studying poetry as a grad student, he was drawn to poets who had a conceptual approach, “especially those who were unafraid to be difficult.” He has since written books that have aspired to that condition, influenced by ideas in visual art. “For example, the thought of Luc Tuymans—why for instance his paintings are pale and ghostly?—ballast the entire rhythm of my first book Have,” he says.

During his simultaneous practice, his love for poetry and visual art influenced one another and, in both, he was deeply “interested in ideas that have currency—an oblique relevance.” “I don’t believe in doing art for self-expression,” he says. “There’s a world of difference between self-expression and expression. I believe more in letting the world erode the self a bit and alter it, in the act of engaging with matters.”

Gaba points out that it is important to remember that poetry and visual art have different histories and trajectories. “They are in different moments in their arcs, are facing different current issues, and education has to do with knowing what those are,” he says.

Throughout his work with paintings, installations, and photography, the main idea, according to Gaba, is to propagate the work of art as a public space, “in the sense that it encompasses the viewership in which anyone can be one’s unique person to function at all.” Also, it’s open to others who are brought to similar terms. Gaba’s creative approach has remained largely conceptual. In many ways, an exhibitto this artist is like a book, with each piece in the collection a chapter within the visual narrative. “Recently, however, I’ve been seeing the limitations of my approach, and so at the time of this exchange,” he says. “I’m becoming more interested in being a painter who doesn’t feel the need to remain in the conceptual conversation.”

Gaba’s explorations were unveiled to the public in “Fried Chicken for President,” which opened to the public early this month, at the Art Underground. The show is a continuation of a series of lightboxes developed in 2008, which featured composite images related to the Internet and contemporary psychological cartography. When he finished working on the composite images, Gaba noticed that the works lent themselves to a Freudian reading with phallic symbols. Reflecting on why this was so, Gaba theorized that it had something to do with “the recent upsurge of populist phallocracy in recent world politics, to which it’s hard not to respond.”

“I don’t know how the fried chicken came in, if not as another phallic symbol but one that is definitely non-sexual, which led to the idea that if we elected fried chicken into office, we would enjoy better executive decisions.” Once he had fixated on the image of fried chicken, he recalled a poem by Linh Dinh, which he first encountered in a literary journal. The poem first provoked anger in him, “which I appreciated precisely because of that provocation.”

The poem essentially talks about consumption, with Dinh beginning the discourse with an immersion in tasting the chicken and ending with “all the other things we have to stomach: a whole lot of history and violence.” “Our appetites are human, all-too-human,” he remarks.

While there is an infinite reservoir of ideas constantly brewing within Gaba’s multi-disciplinary mind, the main challenge for him as an artist is continuing to believe in “the profound relevance of art in a scene that is in all ways dominated by the marketplace.” How, as artists, can one keep believing in ideas that the majority are indifferent to and how can one sustain faith in art, as opposed to the production of expensive decorative investments, where no true discourse happens? The questions Gaba poses, not out of cynicism but thoughtful reflection, serve as a challenge for himself and his contemporaries. 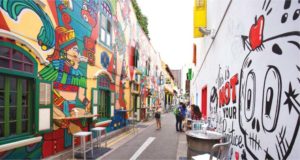 Painting the Streets with Passion 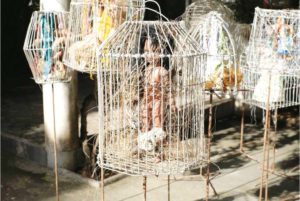 Bring back the Soul of the City 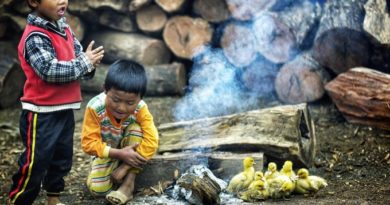 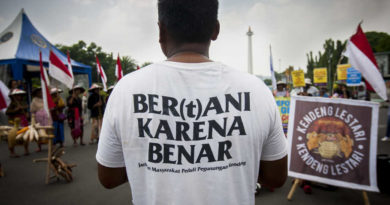