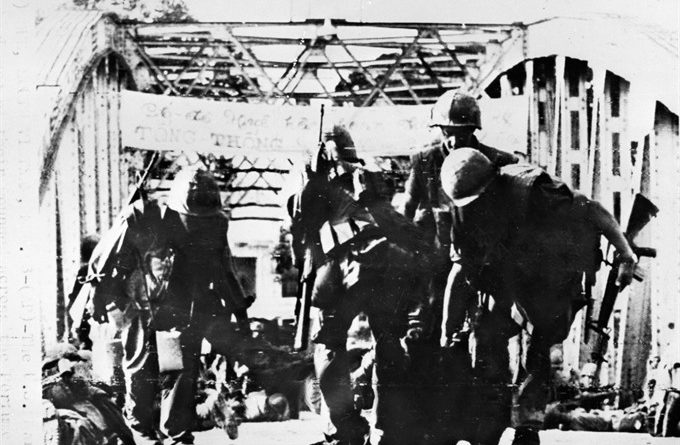 The South Việt Nam liberation forces would go on the offensive throughout 1968 with Phase II and Phase III in May and August, respectively. However, the Tết Offensive 1968 is often considered a turning point in the war for the siege of Khe Sanh, the battle for Huế and battles in downtown Sài Gòn, which shook the US military will to fight as well as the public support for it. VNA correspondents report.

As America’s attention was fixated on Khe Sanh with the fate of 6,000 marines who were under siege at the borderland base on the line, ferocious battles commenced in every major southern town. The most brutal and bloodiest of all was perhaps the battle for Huế.

Huế, Việt Nam’s former imperial capital and the third most populated city in the south, was of great strategic value due to its location just 50km south of the Demilitarised Zone and enormous symbolic value to whichever side could manage to hold it. The city’s defenders were a force nearly 30,000 strong. Prior to the Tết Offensive a large scale attack on the city was a remote possibility in the minds of US army tacticians.

However, preparations for the offensive had been underway for months. With the people’s support, dozens of tons of weapons and ammunition, food and other supplies were being secretly transported into the city and surrounding areas. The stage was set not just for an attack but a complete takeover of the city by liberation forces.

In the early hours of January 31, soldiers from the Việt Nam People’s Army (VPA) and the National Liberation Front (NLF) launched coordinated attacks on all US command and control centres as well as important administrative buildings in the city.

By eight o’clock in the morning, the liberation flag was flying on top of the symbolic imperial citadel. Three days later, all but a few of nearly 200 targets across the city fell quickly to lightning fast assaults by the VPA and NLF. The city had been captured by liberation forces.

What followed was a month-long bloody struggle by both sides for control of the city.

By the time liberation soldiers received orders to withdraw from the city, indiscriminate US artillery strikes and mass bombing including the use of strategic B-52s destroyed many parts of the city’s residential buildings and killed thousands of civilians.

In the tiger’s den

Among the images of the American War in Việt Nam that were broadcasted daily in 1968, perhaps none was more memorable than those of the battle at the US embassy, right in the heart of Sài Gòn (now Hồ Chí Minh City).

AP correspondent Peter Arnett, who won a Pulitzer Prize in 1966 for his coverage of the war, was among the first to report the US embassy compound had been breached. It would take US soldiers six hours to secure the building with a team of liberation soldiers holed up inside and determined to fight to their last man.

Meanwhile, battles raged through the streets of Sài Gòn with major targets including the Tây Sơn Nhứt Airport and the Presidential Palace.

During the night of January 31, a team of liberation soldiers managed to break through the gates of the palace while the rest were fighting enemy reinforcements on the streets nearby. Vũ Minh Nghĩa, sole survivor of the 15-strong squad charged with attacking the Presidential Palace, recalled her memory of that night.

Her team eventually ran out of ammunition and was forced to withdraw from the battle. Refusing to leave their injured comrades behind, they were captured after the enemy followed their trail of blood. In downtown Sài Gòn and surrounding areas, battles were to continue for days.

The Tết Offensive revealed to the US public the lies their government had carefully crafted. The end of the conflict was nowhere near, especially when the US and its allies continued to ignore the Vietnamese people’s desire for freedom, independence and an undivided Việt Nam.

Liberation forces would go on the offensive throughout 1968 with Phase II and Phase III in May and August, respectively. However, the Tết Offensive 1968 is often considered a turning point in the war for the siege of Khe Sanh, the battle for Huế and battles in downtown Sài Gòn, which shook the US military will to fight as well the public’s support for it.

In the US, anti-war sentiments would grow into movements. Movements would take form as protests, including one attended by half a million people on November 15, 1969 – the largest anti-war protest in US history. Four years later on 1973, the US signed the historic Paris Peace Accords to end direct US military combat.

Nghĩa spent the next six years in prisons, being transferred from one to another until she was released in 1974. On April 30, 1975, she was again assigned to a team tasked with taking over the palace during the liberation of Sài Gòn. She broke into tears on the march when it was announced on the radio the war was over.

It was just moments before images of US personnel being picked up by helicopters on top of the US embassy made headlines at every major newspaper around the world. The American War in Việt Nam had ended, along with it Viet Nam’s 20-year struggle for freedom, independence and reunification had succeeded. — VNS

* This is the second part of a two-part article on the 1968 Tết Offensive. The last part was published on our Sunday, January 21 issue. 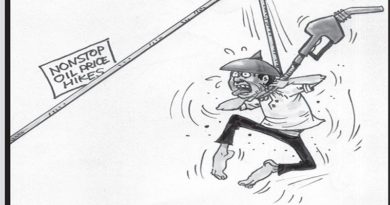 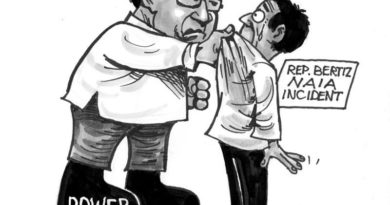 OP ED EDITORIAL & CARTOONS: MANILA- Above the law by Philstar 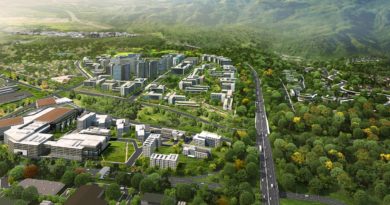 Manila: Urban living in nature at Porac – ALI raises ante to P100b to build mixed use estate in Pampanga