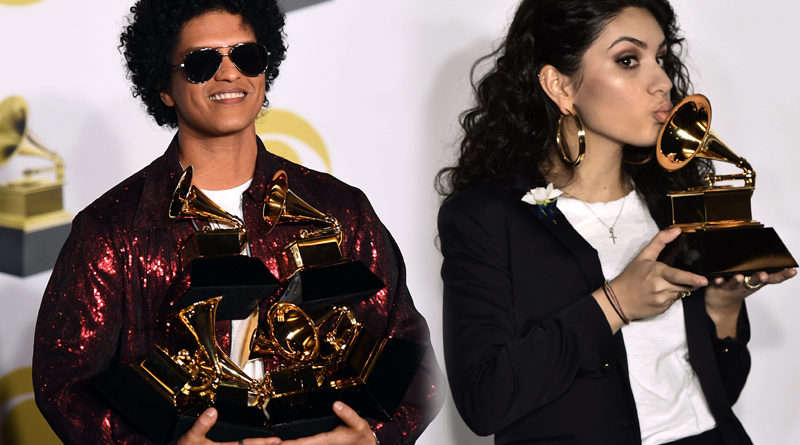 NEW YORK – Bruno Mars owned the Grammys with his R&B-inspired album “24K Magic,” winning all six awards he was nominated for at a show where hip-hop was expected to have a historical night.

Jay-Z, the leading nominee with eight, walked away empty handed Sunday – a year after his wife lost album of the year to Adele, causing fans and peers to criticize the Recording Academy for not properly rewarding Beyonce’s bold “Lemonade” project.

And though Kendrick Lamar won five awards, he lost in the top categories, marking another year where rappers were restricted to wins in the rap categories, instead of earning coveted prizes like album of the year.

Mars, an American whose mother is a Filipina, picked up album of the year for “24K Magic,” record of the year for the title track, and song of the year – shared with seven co-writers – for the No. 1 hit, “That’s What I Like.”

Jay-Z and Lamar could have become the first rapper to win song or record of the year, and the third rap-based act to win album of the year.

But Mars’ win still marked some growth for the Academy: his is one of the few R&B albums to win the top prize. He dedicated his win to songwriters who have made history in R&B music, including Babyface, Teddy Riley, Jimmy Jam and Terry Lewis.

Lamar also won with his performance: he kicked off the Grammys with a powerful and poignant performance featuring video screens displaying a waving American flag behind him, as background dancers dressed as army soldiers marched and moved behind him. At one point, Lamar’s background dancers, dressed in red, were shot down as he rapped lyrics, later coming back to life as fire burst to end the six-minute performance.

But the night’s top performer was Kesha, who was passionate and striking onstage with the help of powerful women behind her, including the Resistance Revival Chorus, Cyndi Lauper, Camila Cabello, Julia Michaels, Andra Day and Bebe Rexha. Dressed in white, they won over the audience while singing Kesha’s “Praying” and hugged at the song’s end as some audience members cried, including Hailee Steinfeld. 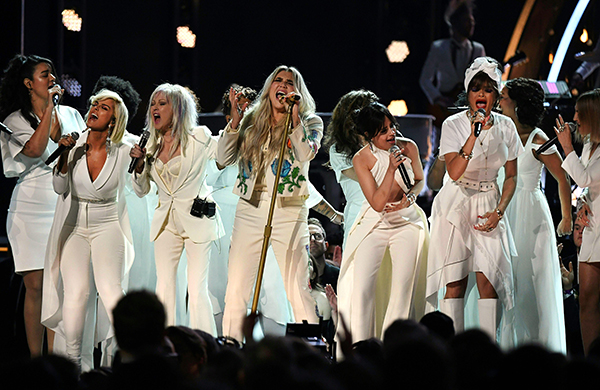 Kesha, who earned her first pair of Grammy nominations this year, has been in a legal war with former producer and mentor Dr. Luke. Janelle Monae introduced the performance with strong words.

Before the performance, Maren Morris, Eric Church and Brothers Osborne performed an emotional rendition of Eric Clapton’s “Tears In Heaven” – written after his son died – in honor of the 58 people who died at the Route 91 Harvest Festival in Las Vegas last year. The names of victims were displayed behind them as they performed.

The performances were two of the show’s serious moments. Dozens of artists and music industry players also sported white roses in support of the Time’s Up and #MeToo movements against sexual abuse and harassment.

“We always try to make great records … and I guess this is a testament to that,” Stapleton said.

The show, hosted by James Corden, also featured some comedy. Hillary Clinton, John Legend, Cher, Snoop Dogg, Cardi B and DJ Khaled won over the audience in a skit when reading lines from Michael Wolff’s book, “Fire and Fury: Inside the Trump White House.” Corden said the book could compete for the best spoken world album Grammy next year.

“That’s the one,” Corden said in the video after Clinton, a 1997 spoken word Grammy winner, spoke. It earned a rousing applause from the crowd.

“I am honored to win an award, finally, and I wanted to thank everyone at Netflix, at ‘Saturday Night Live,’ at ‘The Chappelle Show,’” he said.

Puppies were passed to the losers of best comedy album, including Jerry Seinfeld, Sarah Silverman and Jim Gaffigan. 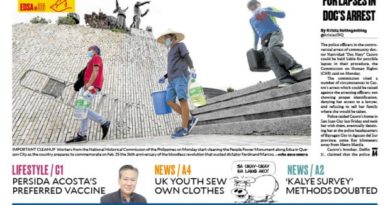 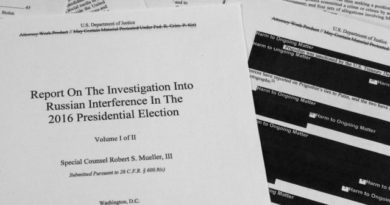 MUELLER REPORT: WASHINGTON – ‘I’m Fucked,’ And Other Damning Revelations From The Mueller Report 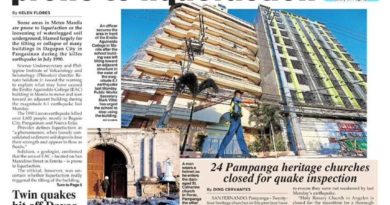