The U.S. National Tsunami Warning Center issues a correction on Feb. 7, 2018, after a false alert was sent out along the US East and Gulf Coasts. SCREENGRAB FROM US NOAA / NATIONAL WEATHER SERVICE WEBSITE

CHICAGO, United States — A tsunami warning test was accidentally sent as a real alert to the phones of residents along the US East and Gulf Coasts and the Caribbean on Tuesday — just weeks after a false missile alert triggered panic in Hawaii.

The National Weather Service issued what it characterized as a “routine test message” at approximately 8:30 am (1330 GMT), but the message was erroneously transmitted by at least one weather app to smartphone users as a push notification alerting them of a tsunami.

Social media posts indicated the false alert was received from the northeastern state of Maine to Texas in the south — via New York City.

Once users clicked on the alert, an accompanying text made clear that it was “a test to determine transmission times involved in the dissemination of tsunami information.”

While there were no reports of panic, the National Weather Service issued multiple clarifications to assure the public that there was no danger.

“The test message was not disseminated to the public via any communication channels operated by the National Weather Service,” the governmental scientific organization said in a statement.

“We’re currently looking into why the test message was distributed by at least one private sector company, and will provide more information as soon as we have it.”

The AccuWeather app also tweeted out a clarification, telling its users: “The National Weather Service Tsunami Warning this morning was a TEST. No Tsunami warning is in effect for the East Coast of the U.S.”

The error came less than a month after a false incoming ballistic missile alarm was sent out to the mobile phones of Hawaii residents.

The January 13 incident led to the resignation of the Pacific archipelago’s emergency management agency chief and the firing of the worker who sent out the alert. 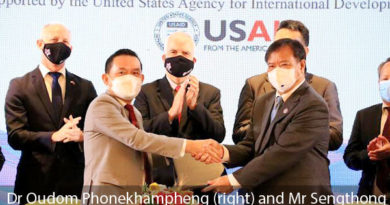 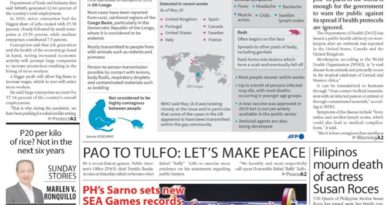 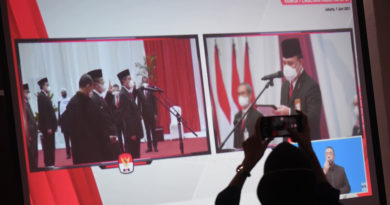