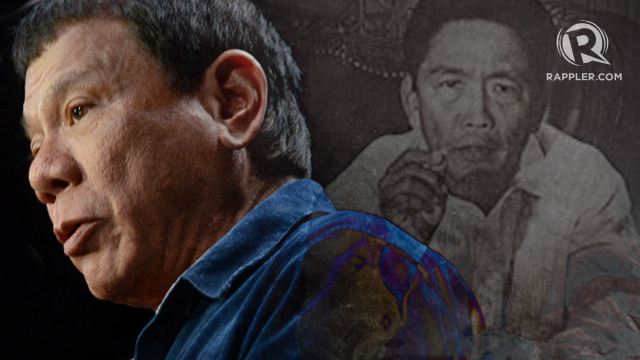 THE strongman Marcos earned the pejorative title of “Dictator” after he placed the country under martial law on September 21, 1972, and one day later issued General Order No. 1 by means of which he assumed all the powers of government. He did so, he said, in order to have the broadest latitude and discretion in dealing with the affairs of the nation, exercise extraordinary powers as Commander-in-Chief so as to restore within the shortest possible time the nation’s stability, safeguard its integrity and security and ensure the tranquillity of its inhabitants, by suppressing lawlessness and all subversive, seditious, rebellious, and insurrectionary activities throughout the land.

But although the General Order said, “I shall govern the nation and direct the operation of the entire Government, including all its agencies and instrumentalities,” he stopped short of the declaration, and stayed out of the hair of the Supreme Court. The most courtly of the justices did not mind holding an umbrella for Mrs. Marcos in public, just as then-Senate President Aquilino Pimentel Jr. did not mind holding the microphone for Mrs. Arroyo when she took her oath as President during the EDSA coup against Erap Estrada, but they remained unshakably independent in their views. One foreign news agency once used the word “Dictator” to replace the official title of Marcos, but this drew an angry protest and the agency had to apologize and correct itself.  The President never once claimed nor admitted becoming anything else.

Last week a major broadsheet quoted DU30 as saying, “Yes, it’s true, I am a dictator—for the good of the country, I have to be one.”  In a previous speech, he had urged the people of Mindanao “not to support a dictator;” then, several days later, during a Malacañang dinner with some 200 former communist New People’s Army members, he made the proud admission that he is one.

Ironically, on the same day, the prosecutor of the International Criminal Court at The Hague, Fatou Bensouda, announced that she was opening a “preliminary examination” into allegations that thousands have been killed in the Philippine  “war on drugs” since July 1, 2016, when DU30 began his six-year term.

Harry Roque, the presidential spokesman, tried to minimize the shock by releasing the story before the ICC official announcement hit the wires. This probably got him into trouble from those who look after DU30’s back, but Malacañang would have looked funnier, with DU30’s minions running around like headless chickens, had Roque not seized the story earlier on.

DU30 has so much more to worry about now from the effects of his own statement about dictatorship than from the ICC announcement. Bensouda’s statement did not even mention DU30 by name, even though Mindanao lawyer Jude Sabio and Magdalo party-list Rep. Gary Alejano and Sen. Antonio Trillanes 4th, who filed the original and supplemental “communications,” named him as the author of the alleged crimes. Bensouda simply referred to the  “State Party,” without referring to the President.

There’s more. Although Sabio has alleged that the killings started in 1988,  the announcement said, “the preliminary examination of the Philippines will analyze cases allegedly committed by the State Party since at least 1 July 2016, in the context of the ‘war on drugs’ campaign launched by the Government of the Philippines.”

There was no reference to alleged killings by the so-called Davao Death Squad when DU30 was still city mayor of Davao, and the two witnesses who had come forward—Edgar Matobato and Arthur Lascanas—were still with the alleged Death Squad.

If warranted by the evidence, the ICC would assume jurisdiction over crimes committed by Philippine nationals from November 2011, but not earlier; this is the date the Rome Statute entered into force in the Philippines. Under the statute, which created the ICC in 1998, national jurisdictions have the primary responsibility to investigate and prosecute those responsible for international crimes, the ICC statement said.

Thus, a primary examination is not an investigation, but simply a process of examining the information available to reach a fully informed determination on whether there is a reasonable basis to proceed with an investigation pursuant to the criteria established by the Rome Statute. The prosecutor must consider issues of jurisdiction, admissibility and the interests of justice in making the determination, the statement said.

“In conformity with the complementarity principle, which is the cornerstone of the Rome Statutes legal system, and within the framework of each preliminary examination, my office will be engaging with the national authorities concerned with a view of discussing and assessing any relevant investigation and prosecution at the national level,” Bensouda said.

“There are no statutory timelines on the length of a preliminary examination on the facts and circumstances of each situation,” Bensouda said. “I will decide whether to initiate an investigation, subject to judicial review as appropriate, continue to collect information to establish a sufficient factual and legal basis to render a determination; or decline to initiate an investigation if there is no reasonable basis to proceed.

“My office undertakes this work with full independence and impartiality in accordance with its mandate and the applicable legal instruments of the court. As we do, we hope to count on the full engagement of the relevant national authorities in the Philippines,” Bensouda said.

The ICC is the lone international tribunal charged with trying cases involving genocide, crimes against humanity, and war crimes. In 1945, the Allied Powers—Britain, France, the Soviet Union and the US—convened the Nuremberg tribunal to try 22 major Nazi criminals, 12 of whom were sentenced to death. In 1946, the International Military Trials for the Far East convened in Tokyo as well as in Australia, China, France, the Netherlands, the Philippines, the US and the UK to try some 5,700 low-ranking personnel for various war crimes. China held 13 tribunals, convicted 504 and executed 149. No member of the Japanese imperial family was tried.
Under Article 6 of the Rome Statute, genocide refers to any of the following acts committed with the intent to destroy, in whole or in part, a national, ethnical, racial or religious group as such: killing members of the group; causing serious bodily or mental harm to members of the group; deliberately inflicting on the group conditions of life calculated to bring about its physical destruction in whole or in part; imposing measures intended to prevent births within the group; forcibly transferring children of the group to another group.

Under Article 7, crime against humanity refers to any of the following acts when committed as part of a widespread or systematic attack directed at any civilian population, with knowledge of the attack: murder; extermination; enslavement; deportation or forcible transfer of population; imprisonment or other severe deprivation of political liberty in violation of fundamental rules of international law; torture; rape, sexual slavery, enforced prostitution, forced pregnancy, enforced sterilization, or any other form of sexual violence of comparable gravity; persecution against any identifiable group or collectivity on political, racial, national, ethnic, cultural, religious, gender or other grounds that are universally recognized as impermissible under international law, in connection with any act referred to in this paragraph or any crime within the jurisdiction of the court; enforced disappearance of persons; apartheid; other inhumane acts of a similar character intentionally causing great suffering or serious injury to body or to mental or physical health.

Under Article 8, war crimes refer to grave breaches of the Geneva Convention of August 12, 1949.

Since 2003, the Prosecutor’s Office has been conducting investigations in multiple situations within the ICC’s jurisdiction, namely in Uganda, the Democratic Republic of the Congo, Darfur, Sudan, the Central African Republic, Kenya, Libya, Cote d’Ivoire, Mali, Georgia and Burundi, Bensouda said. The office is also conducting preliminary examinations relating to the situation in Colombia, Gabon, Guinea, Iraq/UK, Palestine, Nigeria and Ukraine. It will also be examining the situation in Venezuela. The prosecutor has asked for authority to initiate an investigation into the situation in Afghanistan.

On March 11, 2006, Slobodan Milosevic, former president of Serbia and Yugoslavia, died of a heart attack inside his jail cell while undergoing ICC trial on 66 counts of crimes against humanity, genocide and war crimes.

In March 2016, a former Vice President of the Democratic Republic of the Congo was convicted for rape, murder, pillaging and crimes against humanity.

On November 29, 2017,  Slobodan Paljak, former commander of the Croatian forces during the 1990 war in Bosnia, drank poison inside the courtroom after he lost his appeal from a 20-year sentence for war crimes.
Recently, six Croatian leaders were convicted for ethnic cleansing.

But Serbian ultra-nationalist Vojislav Seselj was acquitted of all nine charges, proof that one has a fair chance of being acquitted before the ICC if one is innocent.

Given all the legal and political resources at his command, DU30 has all the means and the time to confront the ICC challenge. Especially now that there has been a considerable pause in the drug killings, and some specific cases against some policemen appear to be moving. But his admitted descent into dictatorship could cost him much more than what he may be prepared to pay for.

His enemies could use it to bolster their accusations against him. Calling himself a dictator is an open invitation to the world to put him in the company of Milosevic and other bloodthirsty dictators, who have committed terrible crimes. DU30 has to disavow his thirst for non-accountable power, and place himself within the rigid confines of the Constitution.

This does not prevent him from aspiring to become a strong leader. But he must recognize, as a recent paper by Charles Avila puts it, that “the people may need and want a strong leader but never a tyrant.” For a while the law of the strong may replace the strength of the law, and some people might mistake cruelty and brutality for courage and strength, but this never lasts long enough—soon the sunlight breaks through the fog, the bubble breaks, and the truth exposes everything that’s wicked and false.

Marcos became a dictator while fighting a violent communist rebellion which sought to overthrow his government and enslave the nation. DU30 on the other hand confirmed his status as a dictator while working with his communist coalition partners to lay siege on the state in violation of his mandate under the Constitution. While DU30 is supposed to be at war with the CPP/NPA and has ordered five NPAs killed for every soldier killed on orders of CPP founding chair Joma Sison, he has put the operations of his office in the hands of his chief communist ally, Cabinet Secretary Leoncio Evasco Jr., who is concurrently vice chairman of the National Democratic Front.

He has also subordinated the sovereignty and territorial integrity of the Philippines to his opaque dealings with Beijing, which has reclaimed, and is about to fully militarize a chain of maritime features in the Spratlys claimed by the Philippines or lying within its exclusive economic zone, while he watches from Davao doing nothing.

According to our latest report, DU30 has agreed to allow China to create a “facial recognition system” for the Philippine population, using Huawei, the Chinese information and communications technology solutions provider.
Using previously hacked data from the Department of Education, the Commission on Elections, the SSS and the GSIS for this national surveillance system, it will now be possible for Big Brother to monitor everyone’s whereabouts anywhere at any time. Orwell’s police state will have fully instituted itself, with one astounding distnction—it will be controlled by an alien power! 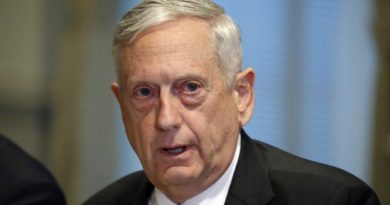 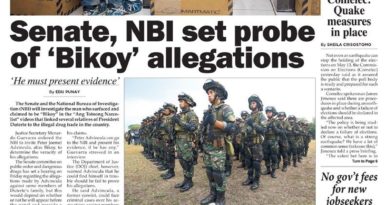 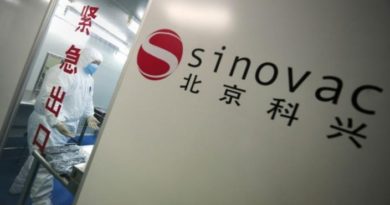