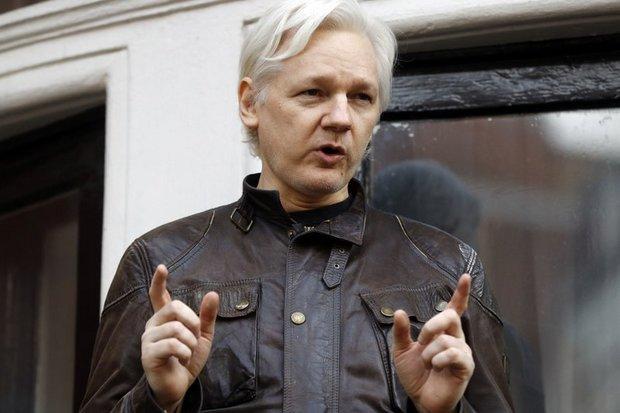 LONDON: A judge on Tuesday upheld a British arrest warrant for Julian Assange, saying the WikiLeaks founder should have the courage to come to court and face justice after more than five years inside Ecuador’s London embassy.

Judge Emma Arbuthnot rejected arguments by Assange’s lawyers that it is no longer in the public interest to arrest him for jumping bail in 2012 and seeking shelter in the embassy to avoid extradition to Sweden. Prosecutors there were investigating allegations of sexual assault and rape made by two women, which Assange has denied.

Arbuthnot did not mince words in her ruling at London’s Westminster Magistrates’ Court, saying that by jumping bail Assange had made “a determined attempt to avoid the order of the court.”

She said Assange appeared to be “a man who wants to impose his terms on the course of justice.”

“He appears to consider himself above the normal rules of law and wants justice only if it goes in his favour,” the judge said, drawing exclamations of dismay from Assange supporters in the public gallery.

Assange can seek to appeal, though his lawyers did not immediately say whether he would.

Swedish prosecutors dropped their investigation last year, saying there was no prospect of bringing Assange to Sweden in the foreseeable future. But the British warrant for violating bail conditions still stands, and Assange faces arrest if he leaves the embassy.

Assange’s lawyers had asked for the U.K warrant to be withdrawn since Sweden no longer wants him extradited, but the judge rejected their request last week.

Assange’s attorney had gone on to argue that arresting him is no longer proportionate or in the public interest. Lawyer Mark Summers argued the Australian was justified in seeking refuge in the embassy because he has a legitimate fear that U.S. authorities want to arrest him for WikiLeaks’ publication of secret documents.

“I do not find that Mr. Assange’s fears were reasonable,” the judge said.

“If the United States initiates extradition proceedings, Mr. Assange would have the ability to raise any bars to the extradition and challenge the proceedings” in a British court, she said.

Arbuthnot dismissed another plank of Assange’s case – a report from a U.N. working group which said the 46-year-old was being arbitrarily detained.

“I give little weight to the views of the working group,” the judge said, noting that Assange had “restricted his own freedom for a number of years.”

Assange’s lawyer had argued that the 5½ years Assange has spent inside the embassy were “adequate, if not severe” punishment for his actions, noting that he had health problems including a frozen shoulder and depression.

The judge accepted that Assange had depression and other conditions, but said he was overall in “fairly good physical health.”

Arbuthnot also rejected an argument that Assange’s actions had not stalled Sweden’s legal case, because he had offered to be interviewed by Swedish prosecutors at the embassy.

Assange’s legal team said emails recently released after a freedom of information request showed that a British state prosecutor had advised Sweden “that it would not be prudent for Sweden to try to interview Mr. Assange in the U.K.”

The judge said she could not tell from the emails she had seen whether the lawyer who sent them had behaved inappropriately. But she said Assange’s “failure to surrender has impeded the course of justice.”

“Defendants on bail up and down the country, and requested persons facing extradition, come to court to face the consequences of their own choices,” she said. “He should have the courage to do so too.”

The ruling leaves the long legal impasse intact. Apart from the bail-jumping charge – for which the maximum sentence is one year in prison – Assange suspects there is a secret U.S. grand jury indictment against him for WikiLeaks’ publication of classified documents, and that American authorities will seek his extradition.

Assange’s lawyers say he is willing to face legal proceedings in Britain, but only if he receives a guarantee that he will not be sent to the U.S. to face prosecution. That is not an assurance Britain is likely to give.

Outside the courtroom, Assange lawyer Gareth Peirce gave little indication of what might come next in the twisting legal saga.

“The history of the case from start to finish is extraordinary,” she said. “Each aspect of it becomes puzzling and troubling as it is scrutinised.” 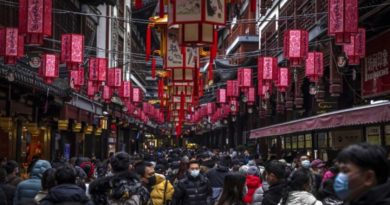 COVID-19 THE ORIGIN-WUHAN: WHO’s mission to China ends without finding the origin of the coronavirus 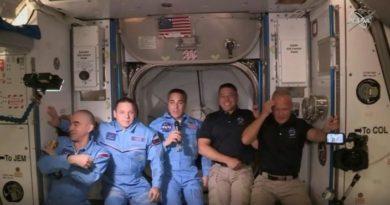 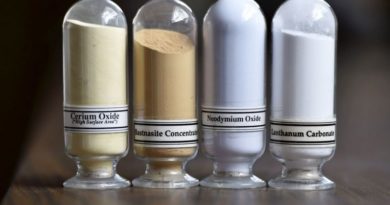