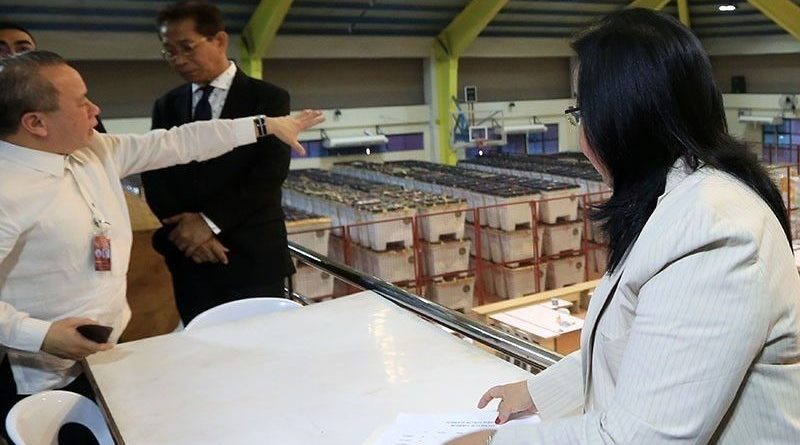 General News
April 4, 2018 Editor 0 Comment POLITICS-ELECTION 2016: MANILA - Vice Presidential recount hits snag as 4 head revisers quit
Both camps of former senator Ferdinand Marcos Jr. and Vice President Leni Robredo expressed concern on this development, which they said would cause delay in the proceedings and resolution of the poll protest.
.
.
.

MANILA, Philippines — The recount of votes in the vice presidential race in the 2016 elections hit a snag on its second day yesterday after several heads of revision committees quit for unknown reasons.

Four of the 40 head revisers assigned by the Supreme Court (SC), sitting as Presidential Electoral Tribunal (PET), resigned from their duties only a day after the start of recount.

Both camps of former senator Ferdinand Marcos Jr. and Vice President Leni Robredo expressed concern on this development, which they said would cause delay in the proceedings and resolution of the poll protest.

Marcos, in a statement, said the resignation of the PET revisors was rather surprising considering that they underwent rigorous training and psychological evaluation before their selection.

“We are surprised and concerned with the withdrawal of the four head (revisers) for no apparent reason. I hope this will not result in another round of delays, especially now that we have started to uncover clear signs of fraud,” he lamented.

The former senator pointed out that the PET had already postponed the recount twice – from February to March and then from March to April – because of the difficulty in securing the required number of revisers.

The PET had initially planned to constitute 50 revision committees – each composed of a head designated by the tribunal and one member per party – but was only able to fill in 40 committees with their head revisers.

Marcos lamented the slow pace at the start of recount last Monday, believing that it could take more than three months to finish the revision of his three pilot provinces – Camarines Sur, Iloilo and Negros Oriental – with a total of 5,418 clustered precincts.

Robredo’s camp also regretted the latest development as one of the Vice President’s lawyers, Bernadette Sardillo, agreed that the resignation of the revisers was “unfortunate as this will once more cause delay in the proceedings.”

There were 40 head revisers at the start of the recount. A head reviser, an employee of the SC, leads each three-person revision committee.

The revisers are in charge of recounting the contested ballots and recording objections by either Marcos’ or Robredo’s representatives.

The resignation of the four revisers was confirmed by Marcos’ lawyer Vic Rodriguez.

“If it is following the rules of PET that is being placed in issue, maybe Ms. Marcos should explain why she blatantly violated the rules when she gatecrashed the revision area,” she said.

This criticism came as PET discovered more wet ballot boxes on the second day of recount.

From the four wet ballot boxes from Bato town in Camarines Sur that were discovered during the first day of the recount last Monday, two more from Baao town were found yesterday – bringing to six the number of wet ballot boxes found so far.

Marcos raised suspicion on the sacredness of the ballot boxes.

“This means the ballots were dampened only upon transfer to the PET,” he alleged. The wet ballots, which were already illegible, were set aside, he said.

Under PET rules, wet ballots may still be revised or recounted if they are readable. Otherwise the Tribunal will refer to the ballot images for the revision of votes.

He stressed that 80 percent of election protests all over the country involved wet or soiled ballots.

Robredo’s camp respects the decision of the PET not to allow the media to cover the recount.

“We have no objection. We respect the decision of the PET that the recount should not be with any media coverage,” Macalintal said in an interview with CNN-Philippines last Monday night.

“We have no problem with that. With or without media coverage, we are confident with the results of the recount of these ballots,” he said.

For its part, the Commission on Elections (Comelec) gave assurance yesterday that it will investigate the allegations on the missing audit logs and wet ballots.

“We will be looking into these claims closely, taking into account the published General Instructions governing the conduct of the 2016 National and Local Elections,” he added.

Former Comelec commissioner Gregorio Larrazabal said the audit logs should not be placed inside the ballot boxes, adding that these can be reprinted with the permission of the Comelec.

He added that the audit log contains all the activities of the precinct count optical scan machines.

“They can request for copies of the audit log,” he said in an interview with dzBB yesterday, adding that the audit log could not be altered.

Larrazabal said the ballot boxes were no longer in the custody of the Comelec but of the municipal treasurer’s office.

“The (concerned parties) should find out why the ballot boxes got wet,” the former Comelec official said. – Helen Flores, Sheila Crisostomo  / Edu Punay (The Philippine Star) – April 4, 2018 – 12:01am / All photographs, news, editorials, opinions, information, data, others have been taken from the Internet ..aseanews.net | [email protected] | For comments, Email to : aseanews.net | 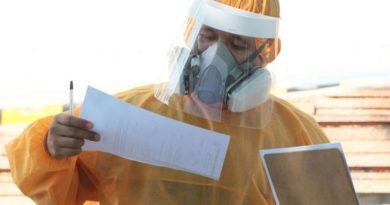 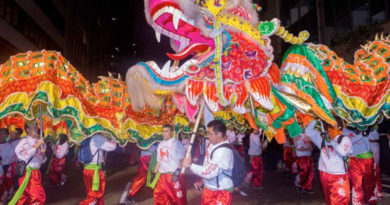