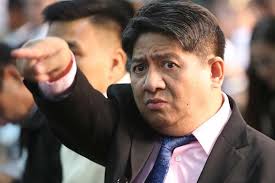 They say a photo speaks a thousand words. A few days back in Baguio City, the country’s summer capital, one photo, indeed, spoke a thousand and one words. The particular photo that ran on the upper fold of a major daily (a place of prominence) was that of lawyer Larry Gadon, the principal accuser of Chief Justice Maria Lourdes Sereno in her impeachment case. One observant enough would notice the following:

• Of course, he gave his majestic flip, directed at a crowd of protesters
First, the flip.

One flips the bird at the political realm for a reason and 99 percent of the time, it is done to challenge authority, to show displeasure toward the powers that be. In October, the world witnessed a very famous flip that went viral on the internet. Juli Briskman, a 50-year old single mother, gave the passing motorcade of President Donald Trump the flip while she was biking near her home in Sterling, Virginia.

She was fired by Akima, her employer, who has contracts with the government, for allegedly violating the social media policy of Akima.

Briskman has sued Akima for firing her. Her claim rests on two grounds. She disapproves of President Trump and she did the flipping on her own, private time. The expression of disapproval is also protected by fundamental political speech —protected by both the US Constitution and Virginia laws, according to her suit.

Our most famous flipper, Mr. Gadon, was not in Baguio City to challenge authority. In fact, he is very much identified with authority and the powers that be. Mr. Gadon was the principal complainant in the impeachment case against CJ Sereno, and the case he filed was the one heard by the House of Representatives, the one which led to the House Committee on Justice vote that recommended impeachment and which is scheduled for a plenary vote soon.

Congress and Malacanang, and some associate justices of the Supreme Court, want the impeachment of CJ Sereno. So does Gadon, who is allied with the great powers in the country.

And, Mr. Gadon trained his middle finger at protesters, those with nary a voice, not the powerful. An ally of the powers literally mocked the powerless.

Ms. Briskman – her photos after the flip are many and had been shown on TV and print news – was always photographed with a sunny disposition after the flip. She flipped at the motorcade, she claimed, to protest the government of Mr. Trump and his frequent golfing. But that defiant act against Mr. Trump did not make her a sad, grumpy flipper.

She flipped for a reason and never for a moment doubted the righteousness of that decision despite the loss of her job with the government contractor. She flipped, not over a real or imagined rage, but for a very civil and acceptable reason.

The contorted, twisted face of Mr. Gadon in full display on Tuesday, was the exact opposite. He was mad at the protesters and, obviously, he could not take the heat. So he made the flip, very much like the counterpunch thrown by a bruised boxer. Why would a lawyer at the center of a case that involves the ouster of the country’s chief justice, lose control and display fragility during a situation that required him to respond in a very civil, lawyerly manner?

Reason, facts, evidence and rational explanations are the only arguments that could bring down the CJ and the lawyer at the heart of that case should be Exhibit A of a rational mind. A lawyer with Mr. Gadon’s current role should even be indifferent to outside provocation. After all, he has a big, big case to argue and win. Because he thrust himself into the controversial and one-in-a-lifetime case, the psychological requirement of being at the center of such a big case, which requires anyone in that position not to lose control over things, should have been considered.

In Baguio City, on a temperate Tuesday, Mr Gadon’s damp armpits showed he was not even ready for the big-league lawyering.

Mr. Gadon has styled himself as a crusader for public good and for the good of the country’s justice system. His impeachment case against the CJ rested on big words, the alleged acts of the CJ that constituted high crimes, big-time corruption and culpable violation of the Constitution and her sacred oath of office.

So far, no secret bank accounts, no palatial houses, no dollar accounts, no vested interests that involve the CJ have been documented. Filipinos are asking “ show us the money” and Mr. Gadon could only find a 204-square meter house and lot a few kilometers away from the Payatas area where the CJ lives. The Land Cruiser 200 cited as an act of corruption was meant to be an official vehicle of the CJ and is government property.

How can Forbes Park-based senators in conscience impeach a chief justice who lives in a residential development very near Payatas?

The charges are unraveling, just like Mr. Gadon’s big-time gig as a crusader for public good and the good of the country’s justice system. Hence, the show of panic – and the famous flip. / ON APRIL 15, 2018 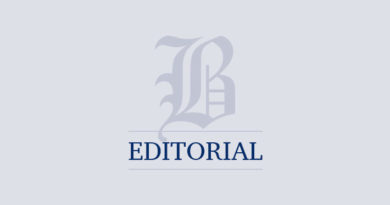 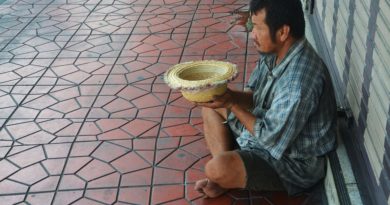 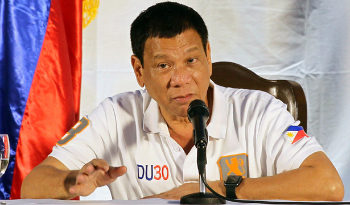