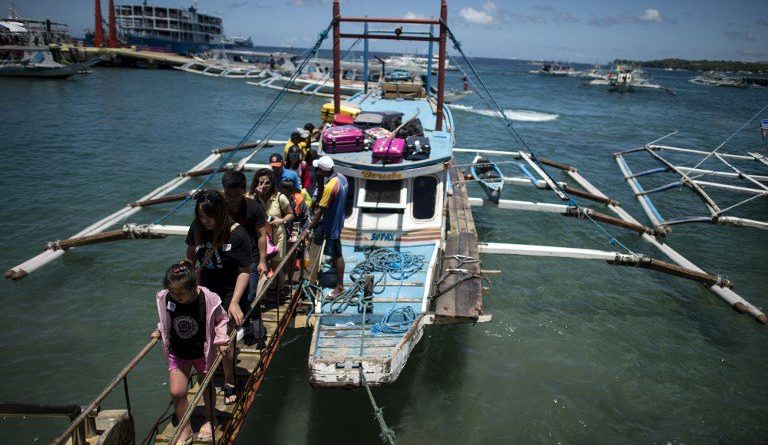 Tourists leave after vacationing on Boracay on April 24, 2018, ahead of its closure. President Rodrigo Duterte ordered the once-idyllic white-sand resort closed to tourists for up to six months from April 26, after describing the country’s top tourist attraction as a “cesspool” tainted by raw sewage. / AFP PHOTO / NOEL CELIS

The six-month closure of Boracay Island from tourists starting Thursday, April 26, will cost the economy about P1.96 billion, which the country’s chief economist said Tuesday would be compensated for by an increase in arrivals in other domestic tourist spots.

Citing an earlier estimate of the state planning agency National Economic and Development Authority, Socioeconomic Planning Secretary and Neda director general Ernesto M. Pernia told a press briefing that the temporary closure of the popular tourist destination, which will be rehabilitated from environmental degradation, would shed only 0.1 percent from the gross domestic product this year.

Noting that the economy was currently about P14 trillion worth and was expected to grow by at least 7 percent this year, about P980 million a quarter would be lost, especially in the affected local government units.

The Neda chief nonetheless said that “on the other hand, there will be other areas in the Visayas earning some increase in growth rates; also, Luzon and Mindanao will have some increase” as tourists are instead expected to flock to other destinations in the country.

“It’s going to be a temporary shortfall in terms of tourism income and tourist arrivals,” Pernia added.

“Regarding the possible shortfall in tourist arrivals due to the Boracay closure, the Department of Tourism will have to step up its efforts at advertising and marketing our several other tourist destinations, so the same volume of tourists, if not more, will be diverted to these other beautiful locations,” the Neda chief said in a separate statement.

Private stakeholders in the tourism industry earlier projected that economic losses from the six-month closure of the world-renowned island could exceed P50 billion in tourism revenues while 35,000 jobs would be lost. Most affected are the resorts and airlines, which have already cut back on their flights to and from the island. / By: Ben O. de Vera – Reporter / @bendeveraINQ /Philippine Daily  Inquirer / 05:30 AM April 25, 2018 /  / All photographs, news, editorials, opinions, information, data, others have been taken from the Internet ..aseanews.net | [email protected] | For comments, Email to : Pahulu Gan – Contributor | [email protected] 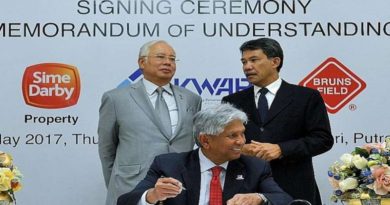 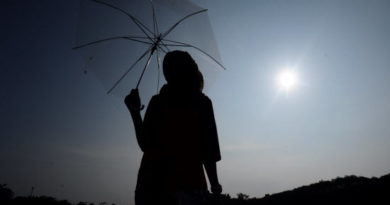 Asean Photography: A woman walks with an umbrella shading herself from the intense sun while walking 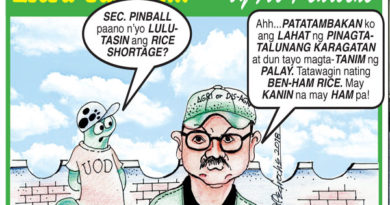