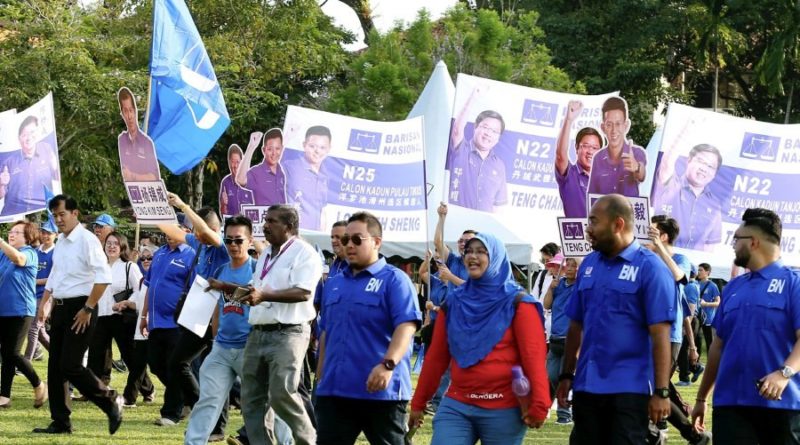 GEORGE TOWN: The 14th General Election (GE14) looks set to be a crowded affair in Penang, with six-cornered fights in three state seats.

In fact, only two of the parliamentary seats and one state seat will see straight fights come May 9 as nine political parties and several independent candidates threw their hats into the fray.

At the close of nomination this morning, 186 candidates submitted their nomination forms to contest in 13 parliamentary and 40 state seats. 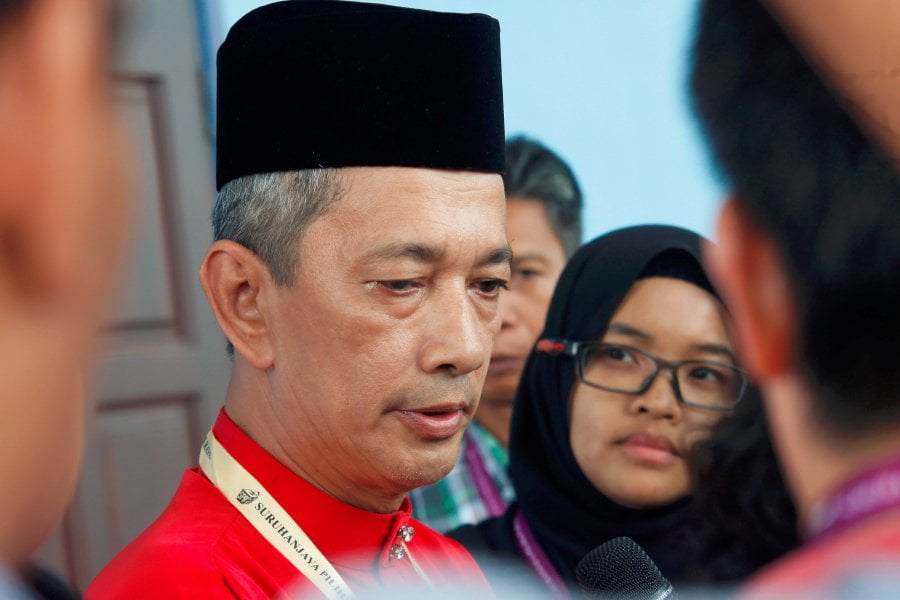 Yaakob Osman is disqualified to contest the Penaga state seat.

This comes in the wake of Yaakob Osman’s disqualification to contest the Penaga state seat, under the Kepala Batas parliamentary constituency, as there was a record of him being declared bankrupt.

Yaakob is the younger brother of Penang Umno liaison committee chairman Datuk Seri Zainal Abidin Osman, who announced recently that he would not be contesting in this election.

The 53-year-old, however, refuted the claim that he was bankrupt, adding that he did a check last week and yesterday as well.

Besides Yaakob, the nomination of two other candidates, Penang Front Party (PFP)’s Wan Balkis Wan Abdullah, 62, and independent Rajendra Ammasi, 50, were also rejected as both had failed to produce and declare the expenditure statement for the last general election, a requirement set by the EC.

For the first time, the nomination of a Security Offences (Special Measures) Act 2012 (Sosma) detainee, was accepted to contest in the election in the state.

The nomination paper for S. Ragindran, an independent candidate for the Pengkalan Kota state seat, was submitted by his lawyer Datuk Syahril Rezwan as he is currently in the police lock-up.

According to Syahril, his client is now under police remand but still intends to contest to help the people. It is learnt that Ragindran will be campaigning via various social media platform such as Facebook.

Meanwhile, four candidates would be contesting both parliamentary and state seats. Among them were Chief Minister Lim Guan Eng in the Bagan parliamentary seat and Air Putih state seat and Penang DAP chairman Chow Kon Yeow in the Tanjong parliament seat and Padang Kota state seat. 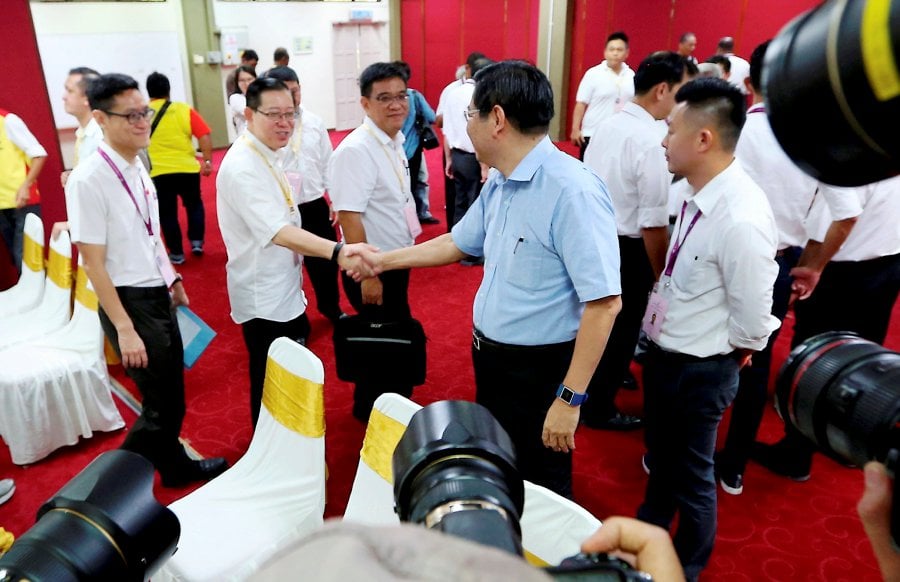 But the eyes of observers are likely to be focused mostly on Permatang Pauh, where Nurul Izzah Anwar will be hoping to continue in the footsteps of both her father Datuk Seri Anwar Ibrahim and mother, PKR president Datuk Seri Dr Wan Azizah Wan Ismail in winning the seat.

Also contesting here for the first time is PKR secretary-general Datuk Saifuddin Nasution Ismail, who will be fielded in the Pantai Jerejak state seat. Rumours are rife that he would be made the Deputy Chief Minister II if he wins. 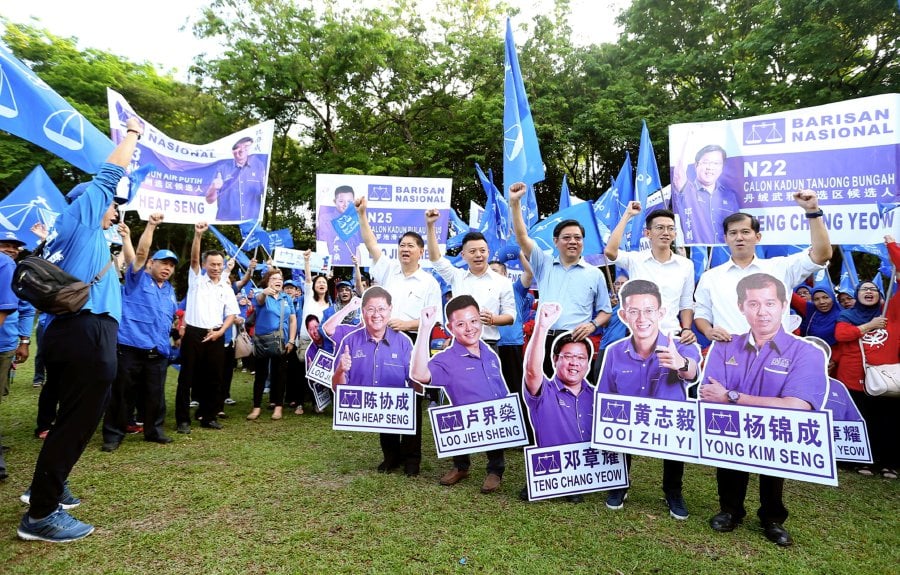 Teng told the NSTP that the state BN was going

to the battlefield with the positive mentality to win in every seat they are contesting in.

“We are fully aware that it is an uphill task. But we will leave it to the people to decide whether they want us to pursue a role that is to check and balance the current DAP-led Penang government or want a change in administration.

“The sentiment of a change in administration is remote but I think the people are looking ahead for us to play a stronger role in check and balance to enable us to pursue many issues the people are unhappy about,” he said after submitting his nomination paper at the Caring Society Complex here.

Teng said, compared to the 2008 and 2013 general elections, the response towards BN by the voters was getting warmer.

That, he stressed, was an encouragement to first-timers.

“We have a good mix of both young and experienced politicians. We are talking almost 60 per cent new faces. Political grooming over the last five years can see the emergence of young, vocal leaders, and this is something we are offering to the people,” he added. 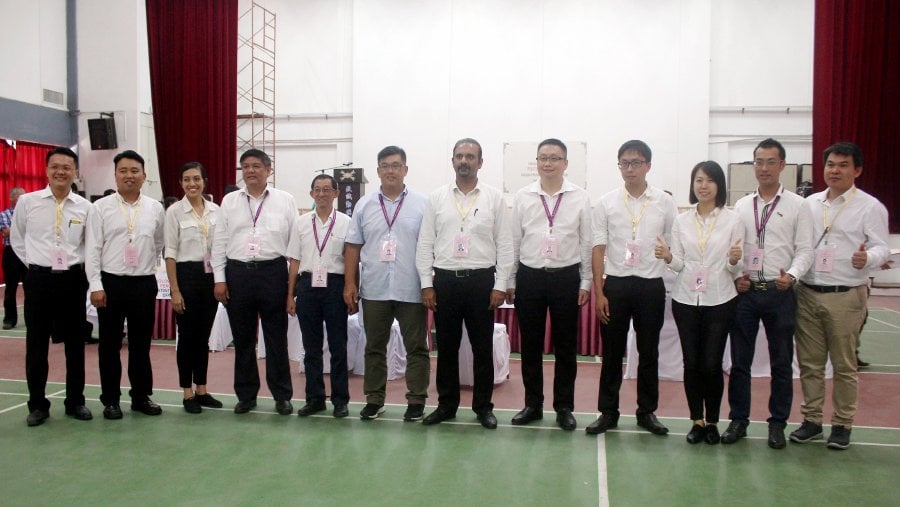 The 14th General Election (GE14) looks set to be a crowded affair in Penang, with six-cornered fights in three state seats.

According to Universiti Sains Malaysia political analyst Dr P. Sivamurugan, among the hot seats to look out for were the Permatang Pauh, Balik Pulau and Bagan parliamentary seats and the Tanjung Bungah and Pantai Jerejak state seats.

“This is because all these seats involve strong personalities. For Balik Pulau, BN lost the seat in 2008 and won it in 2013 with less than 10 per cent majority. With multi-cornered fights, the pendulum can swing either way,” he said.

GE14: A List Of Candidates Whose Nominations Were Rejected And Why
.

Retired Soldier Begins His Solo 284KM Walk From Kuantan To Putrajaya For A Change Of Govt
.
/All photographs, news, editorials, opinions, information, data, others have been taken from the Internet ..aseanews.net | [email protected] / For comments, Email to : Aseanews.Net | [email protected] | Contributor:- 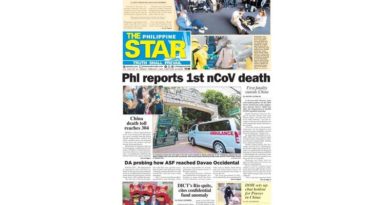 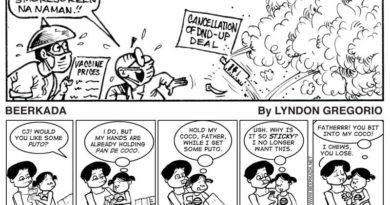