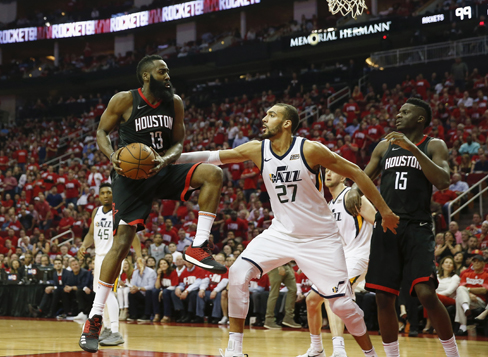 Houston Rockets guard James Harden (13) goes up for a shot against Utah Jazz center Rudy Gobert (27) in the second half during Game Two of the Western Conference Semifinals of the 2018 NBA Playoffs at Toyota Center on May 2, 2018 in Houston, Texas. AFP

LOS ANGELES—The Utah Jazz started strong then held their nerve to beat the top-seeded Houston Rockets 116-108 on Wednesday and level their NBA playoffs second-round series at one game apiece.

Ingles, a 30-year-old who played internationally as a pro for eight years before landing in the NBA in 2014, drained seven of nine three-point attempts.

That included two late in the fourth, when his three from the left corner with 4:25 remaining took the Jazz lead to 108-96.

“To be honest I was just trying to shoot a floater and grab a rebound, but I was up there so I figured why come down with it,” Mitchell said.

Moments before, Mitchell had forced Harden into a 24-second violation, just one solid defensive move from a Jazz team that held the vaunted Rockets offense to 24 percent shooting in the final period.

“The biggest thing is we defended,” Mitchell said. “We’ll take this win, but we need three more.”

NBA scoring champion Harden notched 32 points with 11 assists and seven rebounds for the Rockets, who erased a 19-point first-half deficit to take a five-point lead in the third quarter.

“We came out a little too lackadaisical,” said Harden. “We were kind of going through the motions.”

Just when it looked like the potent Rockets had warmed up and might pull away, the Jazz responded and were up 86-85 heading into the final period.

“They’re obviously a good team,” Ingles said of the Rockets, who posted the league’s best record in the regular season. “They made runs—we knew they were going to make runs.

“Sticking together, I think we did a really good job of that,” he added. “We were able to make our own runs when it was our turn as well.”

“(Houston) not only made it a game but basically took control of the game, I think we could feel that,” he said of the Rockets’ surge to the lead in the third. “So at that point for our guys to keep their focus on what we were trying to do says a lot about the team — that they didn’t break at that point.”

“We did a pretty good job of fighting back,” Harden said, but he echoed Rockets coach Mike D’Antoni in saying the effort to climb out of a 19-point hole was tiring.

“You’ve got to get greedy and try to get every stop after that, it’s just draining,” Harden said.

The Jazz, seeded fourth in the West, will try to grab the series lead when they host game three on Friday in Salt Lake City. 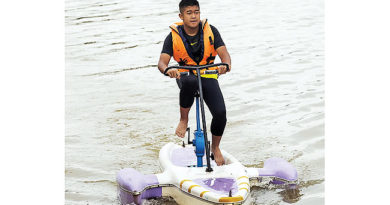 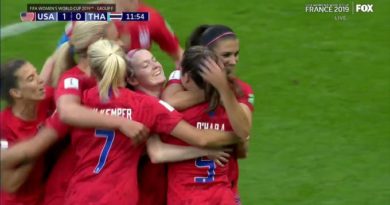 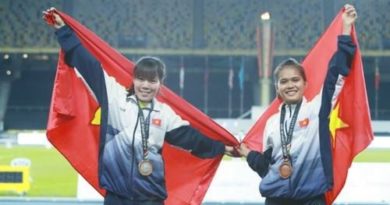