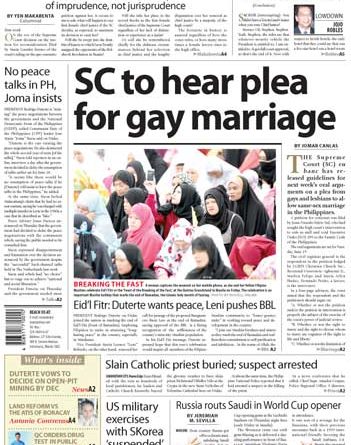 A petition for certiorari was filed by Jesus Nicardo Falcis 3rd, who had sought the high court’s intervention to rule as null and void Executive Order (EO) 209 or the Family Code of the Philippines.

The oral arguments are set for Tuesday, June 19. 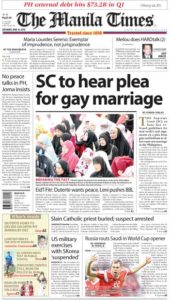 The civil registrar general is the respondent in the petition lodged by LGBTS Christian Church Inc., Reverend Crescencio Agbayani Jr., Marlon Felipe and Maria Arlyn Ibañez. Fernando Perito, a lawyer, is the intervenor.

In a four-page advisory, the court stated that the respondent and the petitioners should argue on:

“A. Whether or not the petition and/or the petition in intervention is properly the subject of the exercise of the court’s power of judicial review;

“C. Whether or not the limitation of civil marriage to opposite-sex couples is a valid exercise of police power;

“D. Whether or not limiting civil marriages to opposite-sex couples violates the equal protection clause;

“E. Whether or not denying same-sex couples the right to marry amounts to a denial of their right to life and/or liberty without due process of law;

“F. Whether or not sex-based conceptions of marriage violate religious freedom;

“H. Whether or not the parties are entitled to the reliefs prayed for.”

Each of the parties will be given 20 minutes to argue their case before the SC en banc and each of the justices will be given a “privilege to ask any question on any relevant matter or require submission of any document necessary for an enlightened resolution of this case.”

The petitioner questioned Articles 1 and 2 of the Family Code, which “define and limit marriage as between man and woman.”

‘Discriminatory’
Falcis said such provisions are discriminatory and tend to violate homosexuals’ right “to found a family” as protected under Section 3 (1) of the 1987 Constitution.

Falcis filed the case as a taxpayer’s suit, arguing that Family Code provisions “deprive [him]and other homosexuals the right to liberty without substantive due process of law” and “deny them the equal protection of the laws” and would declare the gays and lesbians “second-class citizens.”

Government lawyers, led by the Office of the Solicitor General (OSG), are expected to oppose the Falcis petition.

The OSG in a comment cited the petition’s failure to conform with Philippine laws.

Falcis said Congress committed grave abuse of discretion in passing such a law because, according to him, the Constitution itself does not limit marriages to those between a man and a woman.

According to him, “the Family Code does not require married individuals to procreate or have the ability to procreate. Homosexuals are not ordinarily impotent, and not prohibited by law to adopt, heterosexuals are no better parents than homosexuals, gay individuals are human beings who can love another person just like straight individuals, and both gay and straight couples can enter into long-term relationships, and have the same chances of breaking up.”

The petitioner said the Supreme Court must rule as unconstitutional Articles 46 (4) and 55 (6) of the Family Code “which mention lesbianism or homosexuality as grounds for annulment and legal separation.”

No legal basis
In its comment, the OSG pointed out that Falcis has no legal standing to question Articles 1, 2, 46 (4) and 55 (6) of the Family Code “defining and limiting marriage as between man and woman,” because he failed to show an “injury in fact” and also failed to show that he represents a class “who may have been injured by the absence of a law recognizing same-sex marriages.”

It said there is a defect in the petition as Falcis also failed to implead Congress, which should have been a respondent being “an indispensable party in this case because the petition’s cause of action is directed against a legislative policy.”

The OSG also pointed out that under the doctrine of separation of powers between the judiciary and the legislature, Congress must be given an opportunity to participate in the proceedings being a co-equal branch.

The OSG added that the petition challenges the Family Code, not any act of the civil registrar general.  /  BY JOMAR CANLAS, TMT ON JUNE 16, 2018 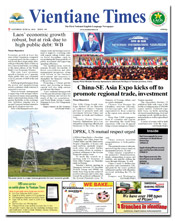 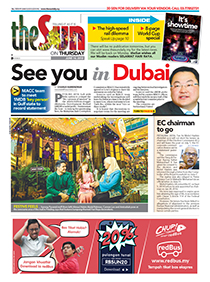 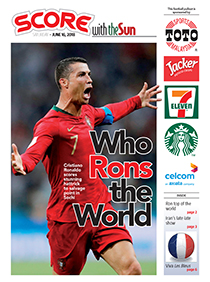 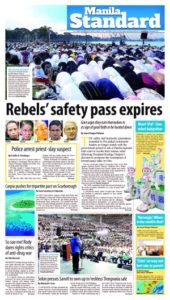 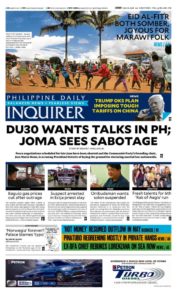 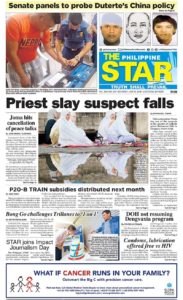 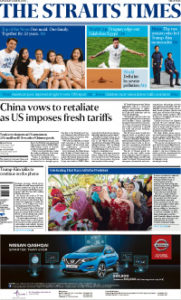 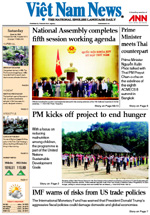 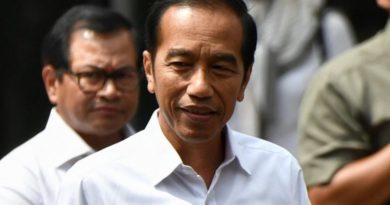 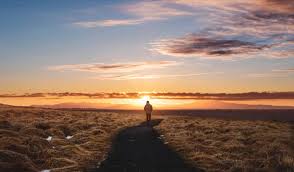 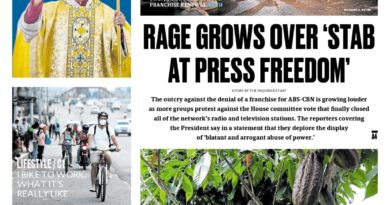