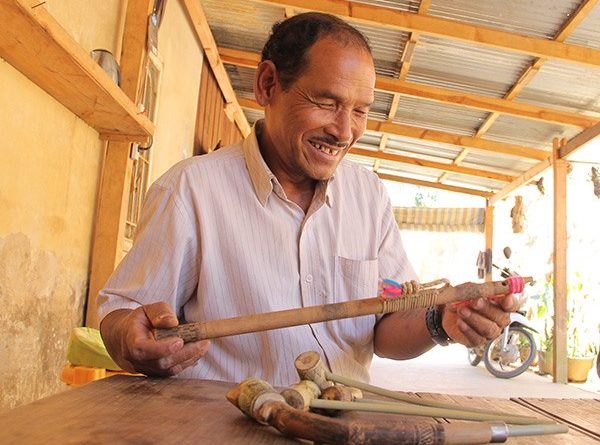 The Nêu pole (a tall bamboo post put up in front of a private or communal house) plays an important role in the spiritual life of the Cil ethnic minority people in the Central Highlands province of Lâm Đồng.

The pole, symbolising the connection between humans and the gods, is often put up in front of a communal house during important ceremonies or festivals. It is believed that when the nêu pole is erected, the gods will participate in the event and bestow blessings on local people.

The locals often carve the pole with delicate patterns featuring vignettes of daily life and their wishes.

Bon Niêng Ha Sào, a native of Đưng K’Nớ Commune of Lâm Đồng Province, is known as an artisan who can carve almost any traditional patterns of the Cil people onto the nêu pole.

“If you want to learn about the decorations and culture of the Cil, then you should find Bon Niêng Ha Sào,” said Phi Srỗn Ha Nràng from Đưng K’Nớ Commune.

Several years ago, before Sào moved in with his wife’s family, his father-in-law introduced him to the art of carving and taught him the meaning of the decorative patterns of the Cil. As his father-in-law got older, his eyes and hands were not as sharp as before, and he asked Sào to take over the craft. The more Sào practised, the better he became.

Sào is now able to carve designs not only on the nêu pole but also on tobacco pipes and boxes, flutes, and quivers.

Sào is now an experienced artisan, yet he still remembers his first days on the job. He said he was so bewildered, as he “didn’t know how to carve the delicate lines into the big, straight pole.”

“This job requires special attention and takes lots of time, therefore patience is crucial. When my father-in-law was alive, he and I would sit under the tree in front of our house and carve these works of art. He would sit near me and tell me the stories and meanings behind every single pattern. I learned everything from him,” said Sào.

“I think it’s the way things work – to master a skill, one has to understand its meaning first,” said Sào.

Through this training, Sào’s father-in-law not only taught him the skills of carving and the importance of local traditions, but also inspired in him the love for the craft and a sense of responsibility to preserve the artform.

Working on the fields might have made his hands hard and calloused, yet when it comes to carving, his hands are delicate and dexterous.

A small, sharp knife is all he needs. Sào dedicates all of his concentration to the work and slowly carves thin lines into the surface of the wood.

“It’s not simply a decoration, it’s what’s really happening in the lives of the Cil people over the years,” Sào said about the patterns he loves so much.

Each pattern has a story

Sào showed off a short nêu pole that he has just finished carving for a family in Đầm Ròn to celebrate their new house, patiently explaining the meaning of the 10 patterns along its surface.

“Each pattern has its own meaning” Sào said.

Weih for example is a special kind of knife that locals use as a tool for farming and a weapon when they head into the jungle.

Sơnual is a fishing net. Locals here have a unique tradition – if they catch fish for food, they keep just the small ones and free the big ones.

A nêu pole can also feature Măttongê (the sun), as it is believed to bring life to people. “Without sun and light, people can’t survive,” Sào explained.

Matsem (eyes) symbolises birds flying in the sky with a panoramic view of the jungle where locals live.

Sềrơnđòt (serrated teeth) recalls an old tradition. In ancient times, people would cut and file their teeth. Men had their top front teeth removed while women would sharpen their bottom teeth and dye them black with herbs.

Those who hadn’t had their teeth removed (for men) or sharpened and dyed (for women) couldn’t get married.

Another symbol is the nhaguool, a type of leaf which is used to shelter from the harsh sun.

“Some patterns may be more popular than others yet each illustrates aspects of real life – the animals, plants or tools used each day,” Sào said.

“Patterns with thin and curving lines are the most difficult,” he said.

“Locals believe that the forest is mother nature. The forest gives us several things in life. The Cil people, therefore, protect the forest like a treasure.”

Sào said: “Our ancestors do everything with meaning. The patterns carved on the nêu pole are wishes sent to the gods. The designs are a way to express their hopes for a good life,” Sào said.

After learning about Sào, his culture and skills, as well as his wide knowledge on local culture, many tour companies have sought to collaborate with him and develop local tourism.

Experienced tour guide K’Vâng who helped connect tour companies to Sào said: “Tourists visit Sào to learn about local culture. What they brought home are the stories he shared. They also brought back gifts like bamboo pipes and tools carved with many beautiful patterns.” –VNS  /  Viet Nam News by Ngọc Ngà / Update: June, 17/2018 – 09:00 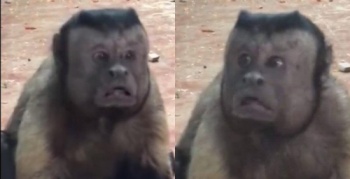 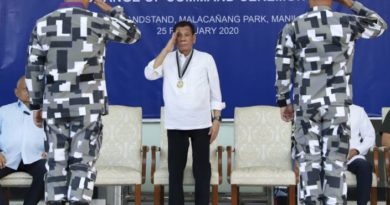