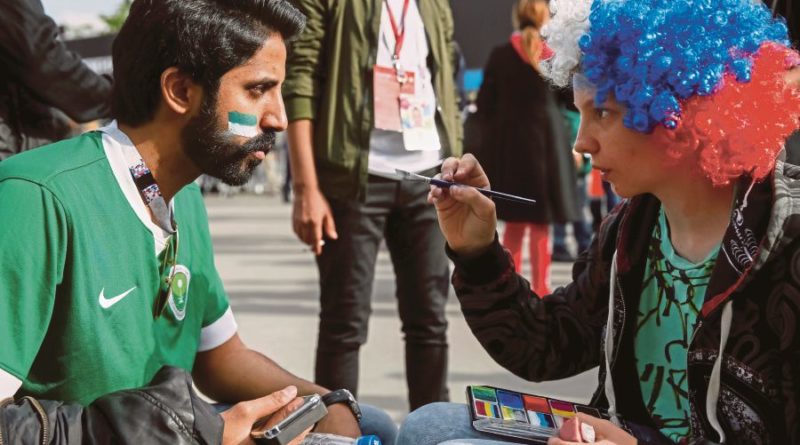 THE hope of Saudi, Egyptian and Moroccan fans that the end of the Muslim holy month of fasting, Ramadan, and the ensuing festival of Eid-ul-Fitr would bring good luck to their national teams playing in the 2018 Fifa football World Cup in Russia over last weekend, dissipated in disappointment as all three lost in their opening matches.

Spare a thought for the Saudi football team and fans. The Kingdom played the hosts, Russia, in the opening match of the World Cup last Thursday at the Luzhniki Stadium in Moscow on the last day of Ramadan on the eve of Eid. The Saudis’ “shameful” defending, in the words of coach Juan Antonio Pizzi, precipitated a 0-5 drubbing at the hands of an ordinary Russian team, which was made to look much better than its low Fifa ranking.

The faces of Saudi Crown Prince Muhammed Bin Salman, who together with host President Vladimir Putin and Fifa president Gianni Infantino, attending the match, could not better contrast the agony and ecstasy of the fans. Muhammed had to suffer the indignity of having to congratulate Putin five times after each goal.

Despite the fact that Pizzi stressed that: “I believe that we have arrived here well prepared. My players have shown they are ready to play a World Cup. This game cannot be the reference.” I doubt whether the Saudi players were really in the right frame of mind, given the timing of the opening of the global football ‘spectacle’.

Diehard football fans in Jeddah or Riyadh, and those who turned up in Moscow would no doubt support their team come what may. It is no understatement that the country, being the site of Islam’s two holy cities, Makkah and Madinah, would be preoccupied with the advent of Eid. The Saudis, like millions of Muslims and Christians, carry their faith in their hearts and on their football shirts. To what extent the rigours of fasting played a role in the preparations of the Saudi and the six other Muslim nations playing in the World Cup finals only the players can tell. But in the Luzhniki Stadium and the other venues, the players looked visibly tired, lacklustre and disinterested.

This is not an excuse for their performances — Saudi Arabia and Russia are the two lowest ranking teams in the tournament — and look what the Russian team conjured up. Fifa, and its parent organisation, the International Olympic Committee (IOC), should realise that sport is not only about commercialisation, kicking out racism and corruption, and developing country, grassroots and gender inclusion, but also about real people (fans) and their faith and cultural traditions. This is not to say that each and every tradition no matter how small should be accommodated. That would be unrealistic.

But when the football associations of 56 of the 57 member countries of the Organisation of Islamic Cooperation (OIC) are members of Fifa — with only civil war-torn Somalia not a member of Fifa — and which a quarter of Fifa’s 211-member associations, then surely cultural sensitivity has to come into consideration.

After all, there are an estimated 1.5 billion Muslims in the world, and as the Mohamed Salah Ghaly or Mo Salah success at Liverpool has shown, Egypt and the Muslim in the street all over the world are not only going Mo Salah-mad but also football crazy, perhaps understandably expectant of heroics (some would say miracles) on the field of players such as Saido Mane, Mesut Ozil, Ilker Gundogan, to name but a few.

Fifa could have started the tournament on Saturday instead of Thursday thus bypassing the coinciding with the last day of Ramadan and Eid. Such is the lack of cultural sensitivity at football’s governing body, The Fédération Internationale de Football Association (Fifa), and the IOC. Can one imagine the World Cup or for that matter the summer or winter Olympics coinciding with Easter or Christmas?

Instead, Muslim fans attending the opening matches were reduced to holding Eid prayers in the parks in St Petersburg, Moscow and the other venues. Mo Salah’s Egyptian team in Yekaterinburg for their opening match last Friday even invited the imam of the city’s Copper Mosque to hold an Eid service in the conference room of their hotel.

The 2018 World Cup has the participation of a record seven Muslim countries, the highest number since the start of the competition in 1930. They are Saudi Arabia, Egypt, Iran, Senegal, Nigeria, Tunisia and Morocco. None of them, short of a miracle, stand a chance of lifting the World Cup in the final at the Luzhniki Stadium on July 15.

This is not a question of mixing football with religion or whether the beautiful game is a secular affair. Just look at the increasing faith expressions of global icons such as Neymar, Lionel Messi, Alexis Sanchez and a host of mainly Catholic players who always do the sign of the cross when they come on to the pitch, or the prostration (sujood) of the likes of Mo Salah, Saido Mane, Paul Pogba and a host of other Muslim players after they score a goal.

Football, like politics, finance and other aspects of society, is already inextricably woven with belief and value systems. As such, it is impossible and foolhardy for football and its administrators to delink socio-cultural considerations from sport and its processes.

Fifa’s new vision supposedly is “to promote the game of football, protect its integrity and bring the game to all”. One of its guiding principles is “inclusivity” with the promise that “Fifa will reflect the world and the communities in which it operates.” Clearly in Russia 2018, Fifa has scored an own goal in this respect.

The writer is an independent London-based economist and writer 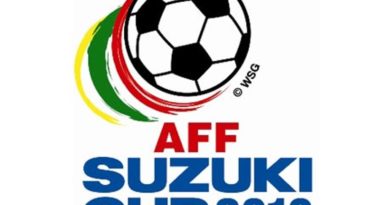 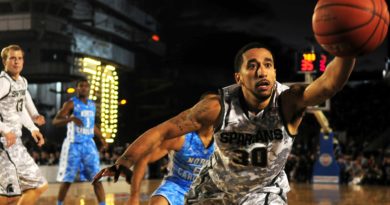