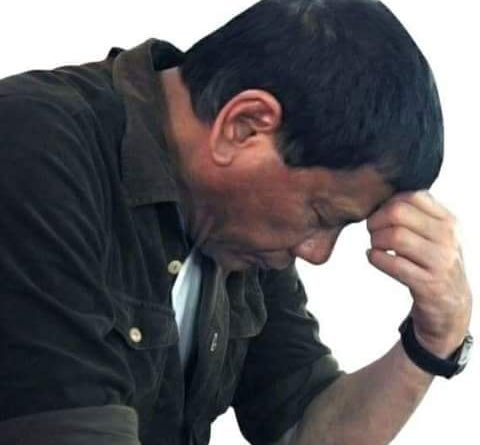 AFTER saying he will never apologize for calling God “stupid,” (“not in a million years,” he said), President Rodrigo Duterte finally said, “Sorry, God,” after a meeting with televangelist Bro. Eddie Villanueva in Malacañang on Tuesday night. This is now all on video. A friend of mine says, this means DU30 has forgiven God, and he is ready to seek forgiveness from him.

If this is not incorrect, then we may have moved at least one baby step forward. But having attacked God and the entire nation which believes in God, and caused some rabid followers of his to also badmouth God, he cannot simply say, “I only apologize to God and nobody else.” He owes the nation and everyone else as much.

In the Christian story of the Redemption, Christ asked God the Father to forgive those who had nailed him to death on the Cross, because they knew not what they were doing. We have to hope and pray that God has forgiven DU30 for saying “Sorry, God,” as quickly as the Crucified Christ had forgiven the Good Thief for asking him to take him to Paradise. Skeptics would be more inclined to believe God has done so, if they see enough signs of contrition, penance, efforts to make amends for the harm he has done, and a sincere effort to reconcile with his victims.

Solid record
Unfortunately, DU30 has a solid record of going back on his word and sliding back. On Monday he agreed with Davao Archbishop Romulo Valles, the president of the Catholic Bishops’ Conference of the Philippines, to observe a “moratorium” on his unprovoked attacks on God and the Church. For their part, the Catholic bishops concluded their bi-annual plenary meeting by issuing a pastoral letter (“Rejoice and Be Glad!”) exhorting the Catholic faithful, who constitute 85 percent of the population, to bear the current challenges to their faith with peace and joy.

The next day, before the proverbial ink on the moratorium accord ran dry, DU30 used a business forum in Clark, Pampanga to resume his unprovoked attack on God. This surprised and shocked the nation, beginning with those who had expected him to say something relevant to business and industry at the Pampanga forum.

But instead of showing indignation or rage, his critics looked completely lost and devastated, wondering more about what was happening to his state of mental health. Even those who seemed convinced the dark powers and principalities may have taken over the inner workings of his government instantly thought he urgently needed special medical and psychiatric care. This is why we must consider his “apology,” despite all its self-imposed qualifications, as an encouraging development.

The bishops speak
The real encouragement, though, comes from the bishops’ message to the nation and the world. Through their pastoral exhortation (“Rejoice and Be Glad!”) they showed their resolve to save the nation from DU30 and DU30 from himself. Signed by CBCP President Valles, “Rejoice and Be Glad!” is a teaching document which restates very calmly and clearly some transcendental truths of the Catholic Faith and addresses not only DU30’s unprovoked attacks on God, the unsolved killing of priests, and the malicious defamation and slander against the Church, but also some spontaneous responses from priests.

After three priests were murdered in broad daylight, some 240 priests were reported to have gone to the firearms bureau to apply for gun permits. This has saddened the bishops, but this reaction appears to be reminiscent of the action of Simon Peter when the high priest and captains of the temple came to arrest Jesus Christ. Peter drew a sword and slashed the right ear of the high priest’s slave Malchus. Jesus stopped Peter and touched the slave’s ear in order to heal it. (cf John18:10, Luke 22:49-51). Without referring to some priests’ decision to arm themselves, “Rejoice” said:

Priests and guns
“Our enemies in this world are not fellow human beings, not ‘flesh and blood’ (Eph 6:12). We do not fight our battles with guns and bullets. We do not seek protection from those who wish to harm us by wearing bullet-proof vests, because the battles that we fight are spiritual. In these times of darkness, when there is so much hatred and violence, when murder has become an almost daily occurrence, when people have gotten so used to exchanging insults and hurling words in the social media, we admonish the faithful to remain steadfast in our common vocation and mission to actively work for peace.

“But make no mistake,” the exhortation said. For “even the Master said, ‘Not as the world gives peace do I give you peace’ (Jn 14:27). His peace is never the peace of compromise or capitulation to evil; it is also not about the absence of conflict and turmoil. Was he not rejected by his own townfolk in Nazareth? (Lk 4:16-30)…And then it asked:

The gift of martyrdom
“What is new about priests being murdered for witnessing to Christ? What is new about modern prophets being silenced by the treacherous bullets of modern assassins? What is new about servant-leaders who are maligned because they have carried out their duties as shepherds configured to the person of the Chief Shepherd? Have you forgotten that the ‘blood of martyrs is the seed of Christians’? (Tertullian) It is what has kept the Church alive for 2,000 years… Did not our Master say, ‘Do not be afraid of those who kill the body but cannot kill the soul. Rather be afraid of the one who can destroy both body and soul into Gehenna’ (Mt 10-28).

“We are no strangers to ridicule and persecution. What we are going through is no different from what the Psalmist describes in Psalm 64: ‘They sharpen their tongues like swords; they aim bitter words like arrows to shoot at the innocent from ambush, shooting suddenly and recklessly. But what does the Lord tell his disciples when they are persecuted or humiliated for his sake? He tells them ‘to rejoice and be glad’ (Mt 5:12).” These are also the opening words of Pope Francis’s apostolic exhortation, Gaudete et Exultate, which calls on the faithful to reject a bland and mediocre existence, the CBCP letter said.

The poor suffer more
The letter reminded the bishops, priests and religious that “our sufferings as Church leaders are nothing compared to the sufferings of the poor in our country.” Do we not hear the cry of the poor slum-dwellers being jailed for ‘loitering’? the letter said. It then enumerated the unspeakable offenses against the human dignity of the poor whose only real crime is their poverty. This was a challenge to the religious and the clergy to be more determined and cheerful in bearing the burden with the poor.

Without naming DU30 at all, the pastoral letter addressed DU30 directly, thus:

“To those who boast of their own wisdom, those who arrogantly regard themselves as wise in their own estimation and the Christian faith as nonsense, those who blaspheme our God as stupid, St. Paul’s words are to the point, ‘For the stupidity of God is wiser than human wisdom, and the weakness of God is stronger than human strength’ (1 Cor 1:27-29).

Responding to the charge of Church involvement in politics, the letter said:”

“There are those who accuse us of getting involved in political moves to destabilize the government. Nothing can be farthest from the truth. Our concern is never the establishment of any earthly kingdoms. Worldly kingdoms come and go. We work only for God’s kingdom which is beyond this world—so that we can start learning to live ‘on earth as it is in heaven’ (Mt 6:10).

Church-state issue
On the constitutional separation of church and state, the letter said:

“The Church respects the political authority, especially of democratically elected officials, as long as they do not contradict the basic spiritual and moral principles we hold dear, such as respect for the sacredness of life, the integrity of creation, and the inherent dignity of the human person. We are not political leaders and certainly not political opponents of government. The Church has, throughout history, coexisted with countless forms of government. The Church has always been and will always be a partner of government (especially in the LGUs and barangay) in countless endeavors for the common good, especially in addressing the most disadvantaged sectors of society.

“Sometimes we qualify the collaboration as ‘critical,’ mainly to distinguish our differences in terms of ultimate goals, even as we partner in some shared endeavors. Needless to say, on some specific issues, collaboration might not be possible because of our spiritual and moral beliefs, which we persistently propose, but never impose on the unwilling. In such instances, we can only invoke our right to conscientious objection. We recognize the constitutional provision of the separation of church and state, mainly in the sense of distinction of roles in society. When we speak out on certain issues, it is always from the perspective of faith and morals, especially the principles of social justice, never with any political or ideological agenda in mind.”

Deeply misunderstood
In any political debate on morality and religious freedom, the “separation of church and state” is one of the most frequently invoked principles by politicians; but it is also one of the most profoundly misunderstood issues. On most fundamental principles related to human dignity, the state must always step back and defer to the rights of the individual, the family and the church; but politicians and bureaucrats who never understood where the claim of the state ends and the rights of the individual, the family and God himself begin, tend to usurp these rights in order to prevent their rightful owners from exercising them. There is no sign DU30 ever knew where the line is drawn.

But I hope the CBCP’s pastoral letter has made its point clear: the Church, properly understood as the Assembly of God with Jesus Christ as its head, will never be bullied even by the meanest conqueror and dictator, but it will always have sons and daughters who, when called, will never walk away from martyrdom. 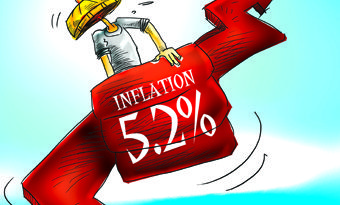 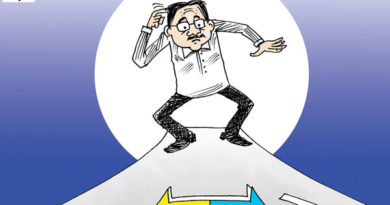 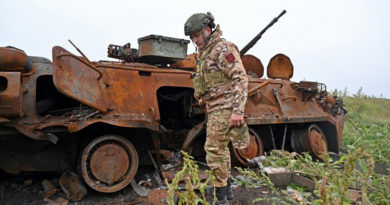