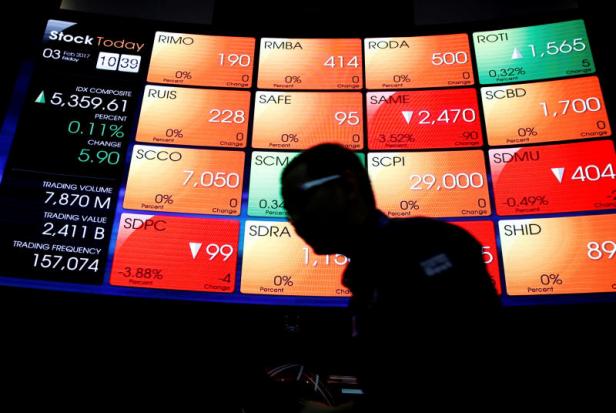 A worker walks next to an electronic stock board at the Indonesia Stock Exchange in Jakarta on Feb 3, 2017. The market rose 0.7% on Friday. (Reuters photo)

All eyes are on US second-quarter GDP figures due later in the day. The US economy likely sustained a GDP growth of 4.1% in the quarter just ended, according to a Reuters poll.

“Strong US data would be negative for emerging markets as it could signal more interest rate hikes from the Fed and if data turns out to be better than expected, it could lead to outflows from emerging markets” said Charles William Ang, associate analyst at COL Financial Group, Inc.

Conglomerate Astra International Tbk Pt, up 4.5 %, was the top gainer, after reporting an 11% growth in first-half net income on Thursday.

Malaysian shares rose on the back of utilities and ended the week 0.8% higher, their third consecutive weekly gain.

Petronas Gas BHD and Axiata Group BHD were top contributors to the benchmark.

Shares of Singapore Airlines fell 5.4% to a three-week closing low after the carrier posted a 59% drop in first-quarter profit. 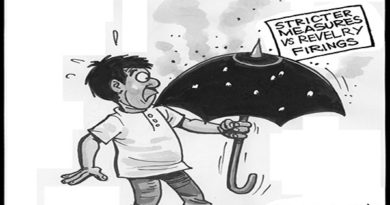 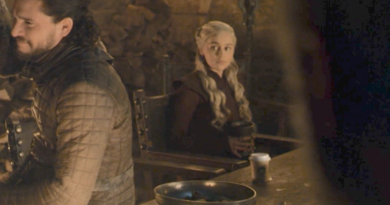 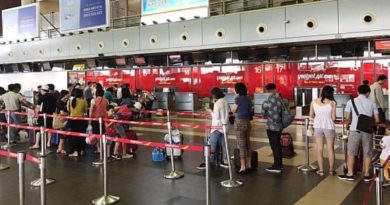