San Francisco (AFP) – Facebook said Tuesday it shut down more than 30 fake pages and accounts involved in what appeared to be a “coordinated” effort to stoke hot-button social issues ahead of November midterm US elections, but cannot identify the source despite hints Russia was involved.

It said the “bad actor” accounts on the world’s biggest social network and its photo-sharing site Instagram could not be tied to Russian actors, who US officials say used the platform to spread disinformation ahead of the 2016 presidential election in the United States.

But the tech giant did say “some of the activity is consistent” with that of the Saint Petersburg-based Internet Research Agency (IRA) — the Russian troll farm that managed many false Facebook accounts used to influence the 2016 vote.

“We have found evidence of connections between these accounts and previously identified IRA accounts, but we don’t believe the evidence is strong enough at this time to make public attribution to the IRA,” Facebook chief security officer Alex Stamos said during a conference call with reporters.

“We can’t say for sure if this is the IRA with improved capabilities or a different organization.”

The investigation is at an early stage, revealed now because one of the pages being covertly operated was orchestrating a real-world counter-protest to a “Unite the Right” event in Washington, DC, on August 10.

Facebook is sharing information about the pages and accounts with intelligence officials, and planned to notify members of the social network who expressed interest in attending the counter-protest.

Facebook said it is shutting down 32 pages and accounts “engaged in coordinated inauthentic behavior” even though it may never be known for certain what group or country was behind them.

“Attribution is not necessary for us to find and stop this behavior,” Stamos said.

Facebook has briefed US law enforcement agencies, Congress and other tech companies about its findings.

“Today’s disclosure is further evidence that the Kremlin continues to exploit platforms like Facebook to sow division and spread disinformation, and I am glad that Facebook is taking some steps to pinpoint and address this activity,” US Senator Mark Warner, the Senate intelligence committee’s ranking Democrat, said in a statement.

“I also expect Facebook, along with other platform companies, will continue to identify Russian troll activity and to work with Congress on updating our laws to better protect our democracy in the future.”

The company said those behind the campaign had been “more careful to cover their tracks, adding: “We’ve found evidence of some connections between these accounts and IRA accounts we disabled last year (…) but there are differences too.”

Some of the most-followed pages that were shut down included “Resisters” and “Aztlan Warriors.”

The “Resisters” page enlisted support from real followers for an August protest in Washington against the far-right “Unite the Right” group.

Stamos confirmed that pages also played into immigration issues with references to the Immigration and Customs Enforcement agency.

Inauthentic pages dating back more than a year organized an array of real world events, all but two of which have taken place, according to Facebook.

The news comes just days after Facebook suffered the worst single-day evaporation of market value for any company, after missing revenue forecasts for the second quarter and offering soft growth projections.

Mark Zuckerberg’s firm says the slowdown will come in part due to its new approach to privacy and security — one which helped experts uncover these so-called “bad actors.”

“We face determined, well-funded adversaries who will never give up and are constantly changing tactics. It’s an arms race and we need to constantly improve too,” Facebook said.

“It’s why we’re investing heavily in more people and better technology to prevent bad actors misusing Facebook — as well as working much more closely with law enforcement and other tech companies to better understand the threats we face.” 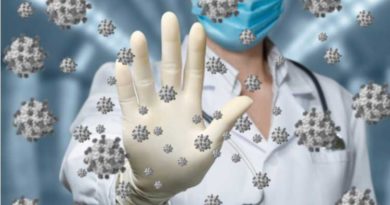 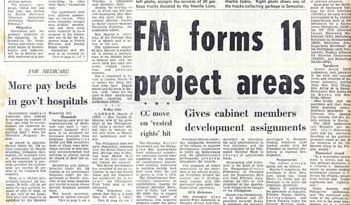 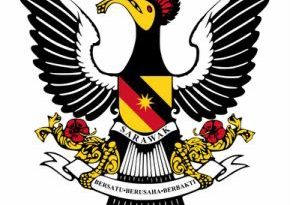