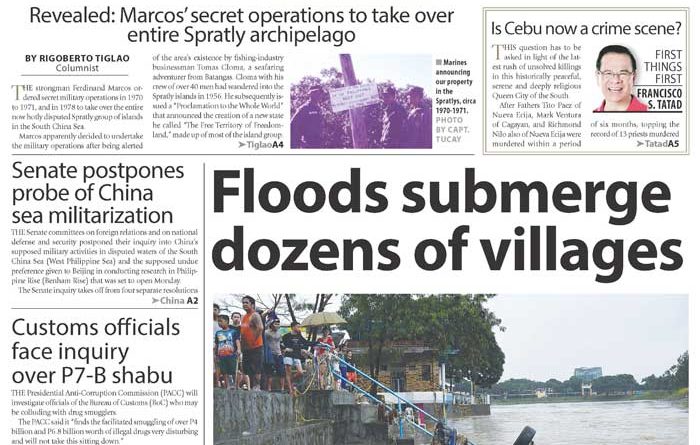 MANILA/BEIJING • More than 54,000 people were moved to safer ground in the Philippine capital and nearby provinces in the last two days due to flash floods caused by heavy rain brought on by Typhoon Yagi.

At least 21,000 people were evacuated on Saturday from Marikina City, one of the cities that make up the Metro Manila region, and another 19,000 were evacuated in nearby Rizal province, Bloomberg reported yesterday.

Families stranded on rooftops in Marikina City posted on Twitter pleading for rescue. 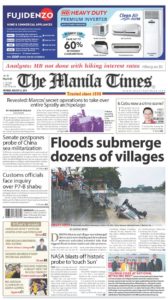 More than 9,000 people were also moved out of their homes from other parts of the capital region, including Quezon City and Valenzuela, police said.

Train services in some areas were halted and many roads were impassable as floodwaters were chest high, according to the Metropolitan Manila Development Authority.

The rain is expected to continue until today, the weather bureau said.

The uncertain conditions, with roads and public transport affected, has led the authorities to order schools and universities to close today in many areas of Metro Manila and surrounding districts, the Philippine Daily Inquirer reported yesterday.

Yagi, also called Karding, is the 11th typhoon to hit the Philippines this year. The country is usually hit by an average of 20 typhoons a year.

For wetter or worse: Filipino bride defies storm to get married

In September 2009, tropical storm Ketsana delivered more than a month’s worth of rainfall on the capital region in a day, the most in more than 40 years, Bloomberg reported. More than 4.9 million people were affected, and 462 were killed. The disaster also caused 11 billion pesos (S$284 million) in damage to infrastructure, according to government data. 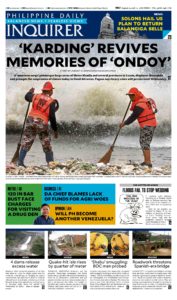 Meanwhile, China’s national observatory yesterday upgraded the alert for Yagi from blue to yellow, as the typhoon was forecast to make landfall in the eastern coastal region yesterday evening, Xinhua news agency reported.

At 5pm yesterday, the centre of Yagi was over the East China Sea and about 235km south-east of the city of Taizhou in Zhejiang province, said the National Meteorological Centre in a statement.

Yagi was moving at around 35km per hour towards the north-west with increasing force, the centre said. The typhoon is then expected to weaken as it continues to move inland, Xinhua reported.

China has a four-tier colour-coded weather warning system for typhoons, with red representing the most severe, followed by orange, yellow and blue.

The centre has asked local governments to prepare for possible disasters and warned ships in the affected areas to return to port.

A version of this article appeared in the print edition of The Straits Times on August 13, 2018, with the headline ‘Thousands evacuated as Typhoon Yagi hits Philippines’. Print Edition | Subscribe
. 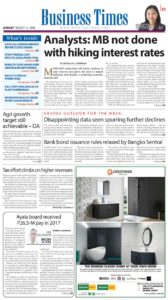 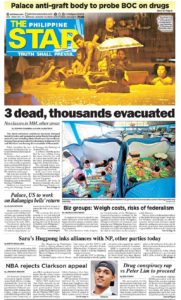 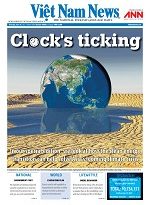 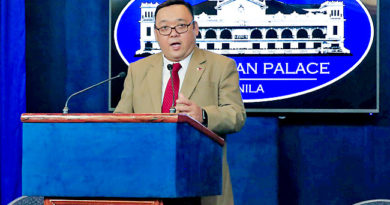 DU30’S WAR: Philippines slams US lawmakers for interfering in its internal affairs 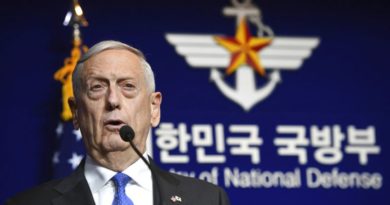