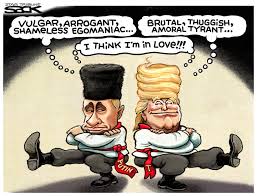 WASHINGTON, D.C.: For foreign countries that have made big bets on Donald Trump’s presidency—such as Russia, China, North Korea and Saudi Arabia—the US midterm elections pose a significant problem: Trump’s maneuvering room may be sharply limited if Democrats win control of the House.

Foreign governments are always attentive to US electoral politics, because they’re so affected by US foreign-policy decisions. But this president is a special case. Trump is such a disruptive leader, and his party’s hold on the House looks so precarious, that foreign commentators are debating what GOP losses in November could mean.

Given the stakes, it’s notable that US officials have been warning about the possibility of foreign election interference. Dan Coats, the director of national intelligence, cautioned August 2 in a White House briefing: “We continue to see a pervasive messaging campaign by Russia to try to weaken and divide the United States.”

But in an era when most major nations can deploy cyberweapons, the threat is broader than Russia. National security adviser John Bolton made that point when he said Sunday on ABC News’ “This Week” that, in addition to the Russian threat, the US is taking steps to deal with “Chinese meddling, Iranian meddling and North Korean meddling.”

North Korea is a special example of a country that has made Trump such a central figure in its foreign policy that any diminution of his power after the midterms could be problematic for Pyongyang. This political risk was described in an intriguing analysis last Saturday in the state-run North Korean Workers Party daily newspaper Rodong Sinmun, highlighted for me by former CIA analyst Robert Carlin.

“Congress is tackling the president’s feet, the judicial branch is grabbing him by the collar, and news media are bashing him,” notes the Rodong Sinmun commentary. “We see it as a higher priority to straighten out fragmented and messed-up US politics than a quick improvement in North Korea-US relations, which is [also]important.”

The North Korean commentary takes a shot at unnamed Trump advisers (presumably including Bolton, a longtime hawk on North Korea), who “are sleeping in the same bed with the president but dreaming different dreams.”

And it includes this surprising shout-out for Secretary of State Mike Pompeo, who a North Korean official had suggested in July was using “gangster-like tactics” to pressure Pyongyang. Now, Rodong Sinmun urges that “Pompeo, for his part, must stick with his principles and guts instead of getting forced into ‘an unfortunate fate,’ sternly smash the opposition factions’ unjust and foolish claims, and exercise wisdom and negotiating skills as the top diplomat of the United States in name and substance to make the president’s wish come true.”

Will Trump’s travails prompt Pyongyang to offer concessions, or harden its line to avoid tying its future to a president who may be in political decline? Impossible to know, but it’s obvious from the newspaper commentary that advisers to North Korean leader Kim Jong-un are mulling this problem.

Another country that must worry about Trump’s fragile political prospects is Saudi Arabia, which has leveraged its future partly on Trump’s pro-Saudi policies. Riyadh’s bloody war against Houthi rebels in Yemen, its broader campaign against Iran, and its push for domestic modernization could all face new US questions — and possible limits — if Democrats gain control of the House.

One Gulf analyst, assessing US politics, argued privately several months ago that Saudi Arabia and its allies would get a better peace agreement in Yemen before the November midterm elections than after. That may be one rationale for the Saudi-led coalition’s offensive against the Houthis in June, when they attacked the port of Hudeida, hoping to force a UN-mediated settlement. But that offensive has stalled, and the political clock is ticking.

For countries that have been targets of Trump’s wrath, such as Germany, Trump’s political troubles must inspire some electoral schadenfreude. The Germans and other Europeans would like to see Trump’s disruptive power checked. But officials there express concern that the populist insurgency that elected Trump in 2016 may be durable—and that America’s reliability as a trade and security partner may be permanently damaged.

Finally, how will Russia and China play their hands in the months before the midterms? US officials are talking with senior representatives of both countries this week, reportedly discussing how to defuse the trade war with China and how to cooperate in Syria with Russia.

Is there an October surprise ahead in foreign policy? You never know, but as America heads to the polls, it’s obvious that the world is watching. 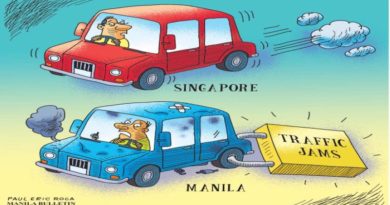 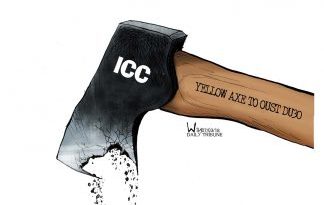 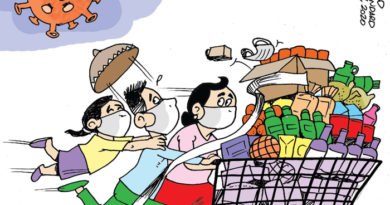