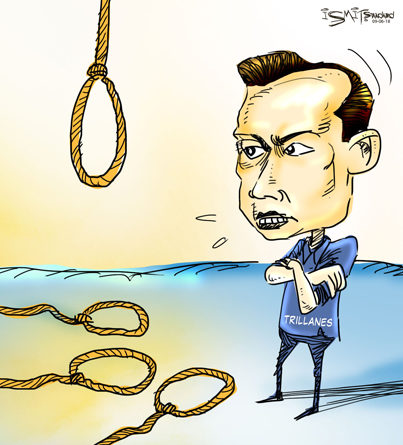 Antonio Trillanes is not an affable person. He comes across as somebody who will stop at nothing to pursue his ends, and who will use every opportunity to further his political stock.

He will be remembered as a young soldier who mounted attempts to take over the government, then under President Gloria Macapagal Arroyo. He won a Senate seat, however, even as he campaigned from behind bars.This, and the subsequent amnesty granted to him in 2010 by Arroyo’s successor, President Benigno Aquino III, may have contributed to his air of defiance —the notion that he can take on anybody in government if doing so would be aligned to his crusade, whatever that might be.But now President Duterte has issued Proclamation 572, voiding the Aquino-granted amnesty to Trillanes for failing to comply with the minimum requirements.Trillanes remains a free man, however, according to Justice Secretary Menardo Guevarra, until a Makati City court grants the DOJ’s request for an issue of an arrest warrant against the senator.While members of the Criminal Investigation and Detention Group of the Philippine National Police are at the Senate premises ready to arrest Trillanes anytime, the court has set a hearing on Sept. 13 to hear the senator’s arguments.But these are civilian procedures, Guevarra said. Mr. Duterte’s proclamation includes an order to the military to proceed with a court martial case against Trillanes.

Meanwhile, the senator is bent on exhausting all remedies available to stave off his arrest.Let the lawyers argue the legality of these developments. For the rest of us, the natural reaction to President Duterte’s revocation of the amnesty is that it is a retaliatory measure for all the senator’s attempts to portray him and his family in a bad light.It could also be seen as yet another diversionary measure to distract the public from the gut issues of rice scarcity and the high prices of goods and services. On Wednesday, we learned that the inflation rate in August reached 6.4 percent—a nine-year high.Certainly the proclamation further divides the people, reeling as we are from making ends meet and dealing with the erratic behavior of our leaders. Certainly, too, the move reeks of politics, and attempts by Palace spokesmen to deny this only invites ridicule. This is an unsettling development, given the implications on the integrity of previous issuances and even laws.We look forward to the issue’s swift resolution by the courts, because only they—devoid of political agenda as they ideally are —can decide whether the proclamation has merit.We hope Malacañang realizes that such moves on anybody—even an arrogant and antagonistic senator—is setting the worst and most disturbing of precedents. 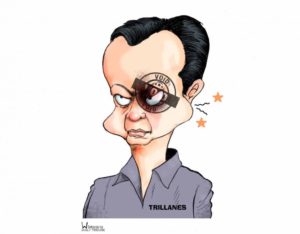 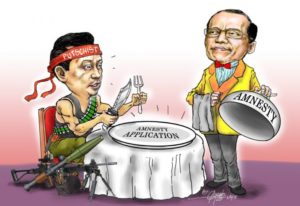 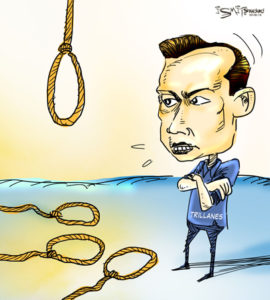 The Straits Times says:
Ditching the WTO is not an option.

Global trade is under growing threat on multiple fronts. The United States-China trade conflict could escalate sharply this week if the Trump administration goes ahead with its threat to slap another US$200 billion worth of tariffs on Chinese products. Meanwhile, Canada resumes fraught negotiations with the US on the future of the North American Free Trade Agreement. Washington has also threatened to slap punishing tariffs on cars from the European Union and Japan.

Acrimony is at a high, but tit-for-tat tariff wars must not become the new normal in the conduct of international trade. If it does, the damage to economic growth will affect not just the parties concerned but all countries, Singapore included.

TO READ THE FULL ARTICLE: https://www.straitstimes.com/opinion/st-editorial/ditching-the-wto-is-not-an-option 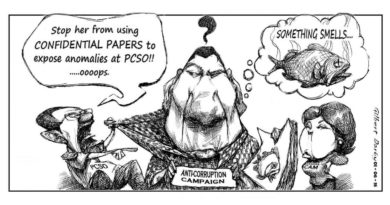 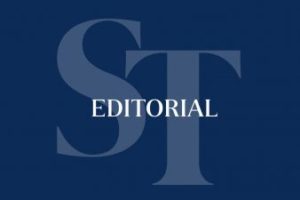 OP-ED: Do not vote for foreign misinformation 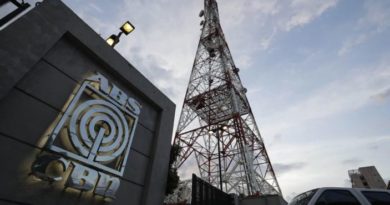