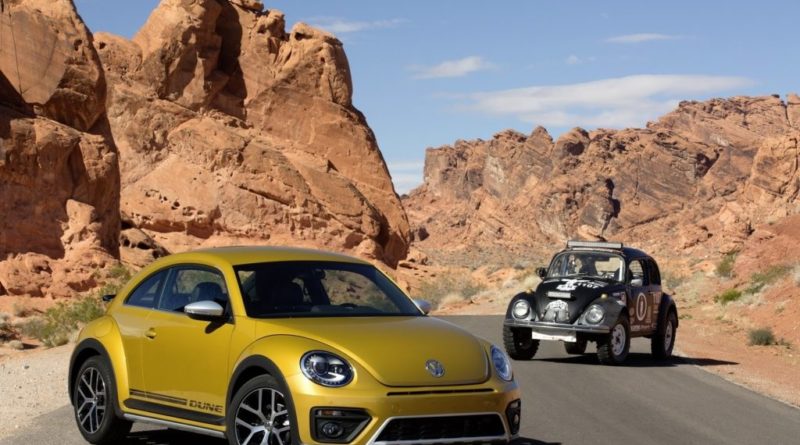 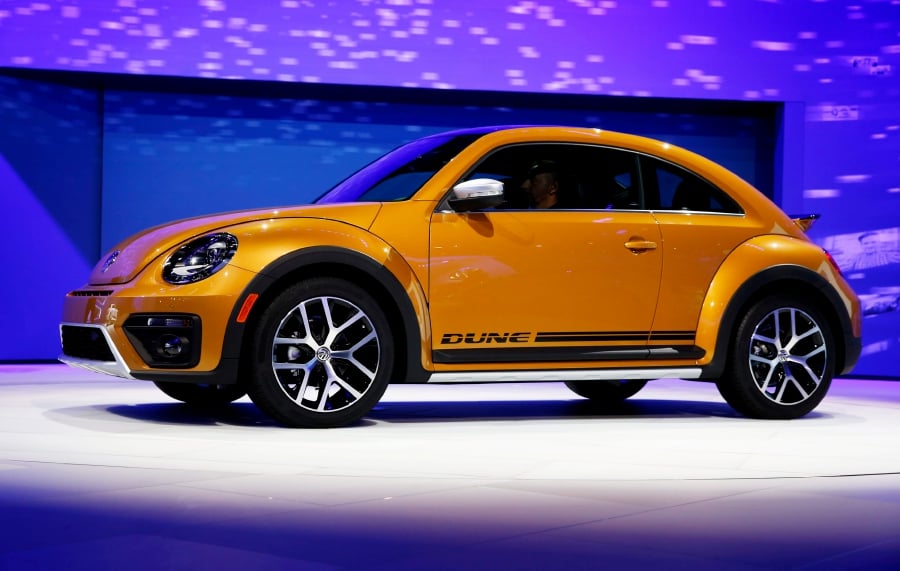 NEW YORK: Volkswagen announced Thursday it would end production of its iconic “Beetle” cars in 2019 after adding a pair of final editions of the insect-inspired vehicles.

The curvy-topped sedans, which shook off Nazi origins to become a global auto phenomenon, are being sidelined as Volkswagen emphasizes electric cars and larger family-oriented vehicles.

But company officials, still trying to completely turn the page after 2015’s costly “dieselgate” scandal, opened the door to reviving the model at some point, alluding to the company’s 2017 decision to unveil a revamped Volkswagen Bus as a possible template.

“As we move to being a full-line, family-focused automaker in the US and ramp up our electrification strategy…there are no immediate plans to replace it,” Hinrich Woebcken, chief executive of Volkswagen Group of America said in a statement.

“But, I would also say, never say never,” he added.

“The loss of the Beetle after three generations, over nearly seven decades, will evoke a host of emotions from the Beetle’s many devoted fans,” Woebcken said.

Volkswagen plans to offer the two final edition models in both coupe and convertible styles. The cars will include nods to earlier versions and be priced at $23,045 and up, the company said. 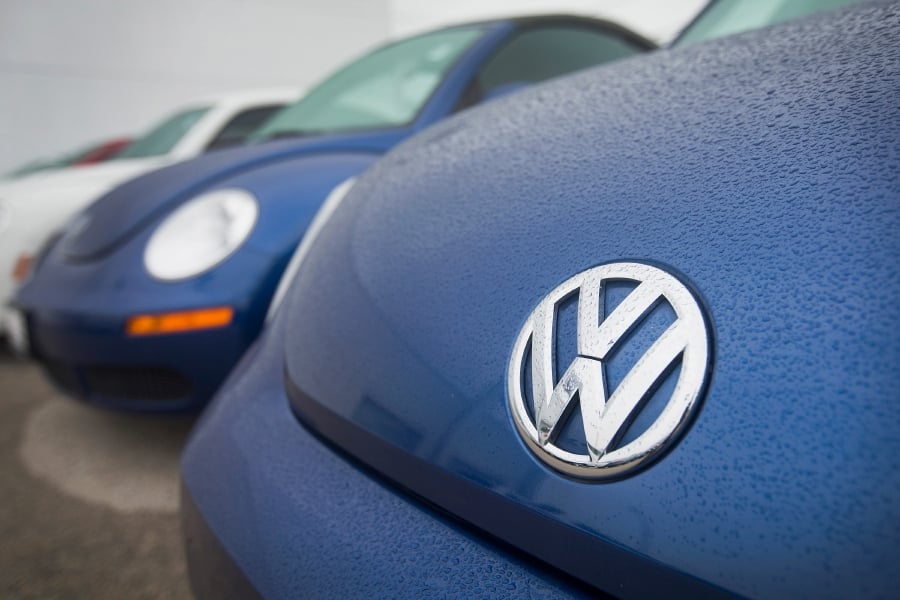 (FILES) In this file photo taken on September 18, 2015 Volkswagen Beetles are offered for sale at a dealership in Chicago, Illinois. – Volkswagen announced on September 13, 2018 that it would end production of its iconic “Beetle” cars in 2019 following a pair of final editions of the insect-inspired vehicles.The move comes as Volkswagen emphasizes electric autos and larger family-oriented vehicles, said Hinrich Woebcken, chief executive of Volkswagen Group of America. But Woebcken opened the door to reviving the model at some point, saying “never say never.” GETTY IMAGES NORTH AMERICA / AFP
.

The vehicle’s history goes back to the Nazi era, having first been developed by Ferdinand Porsche with support from Adolf Hitler, who in 1937 formed the state-run Volkswagenwerk, or “The People’s Car Company.” After the war, the Allied countries eventually made Volkswagen a priority in an effort to revive the German auto industry.

The sedans made their US debut in the 1950s, but sales were weak, in part owing to the company’s Nazi origins. 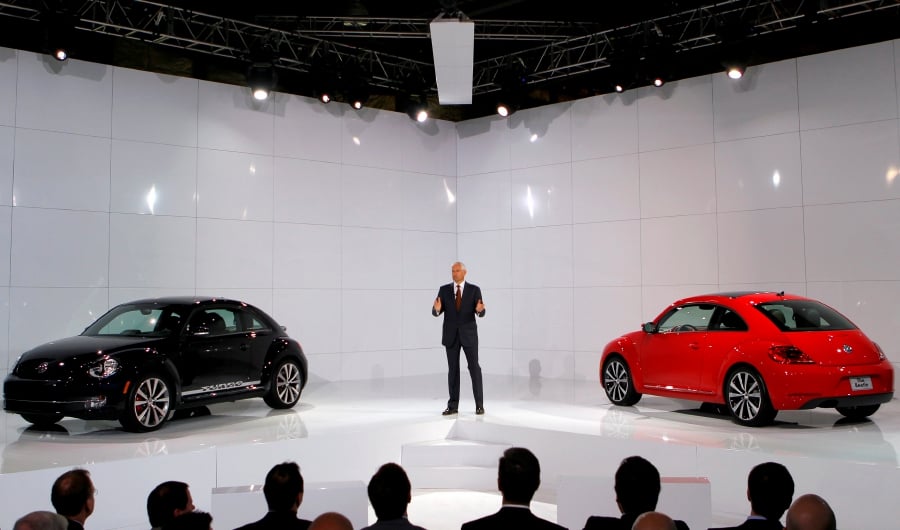 Jonathan Browning, President and CEO of Volkswagen Group of America, speaks next to the 2012 Volkswagen Beetle at the U.S. Reveal of the redesigned model in New York, U.S., April 18, 2011. REUTERS
.

The advertising agency Doyle Dane Bernback in 1959 rechristened the car the “Beetle,” and began touting the vehicle’s small size as an advantage to consumers, according to the History Channel.

The car attained further popularity with the 1968 Disney movie “The Love Bug,” the story of a racing Volkswagen with a mind of its own.

Andy Warhol did prints featuring the car and a Beetle was also the most prominent car in the background of “Abbey Road,” the final Beatles album to be recorded.

US sales ceased in 1979, but the vehicle continued to be produced in Mexico and Brazil, according to Car and Driver. VW revived the “New Beetle” in the United States 1997.

But sales of the Beetle slipped 3.2 percent to 15,667 in 2017 in the United States, a fraction of the sales for the Jetta and Passat sedans.

At the Detroit Auto Show in January, the German automaker unveiled a revamped version of the Jetta and also touted the Atlas, a new mid-sized SUV.

VW continues to deal with fallout from the “dieselgate” scandal that broke in September 2015.

The company, having already paid out costly government settlements, is fighting billions of dollars in additional claims lodged by shareholders who saw their stock plummet in value after authorities cracked down on VW over the installation of so-called “defeat devices” into 11 million cars worldwide to fool regulatory emissions tests. –AFP

Limited edition Volkswagen Beetle sold out on Lazada in 20 minutes
. 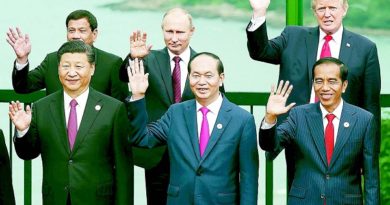 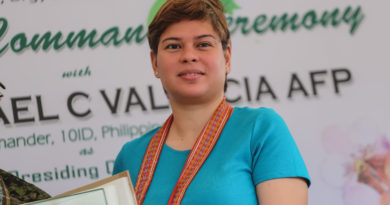 POINT OF VIEW: WHO CARES? 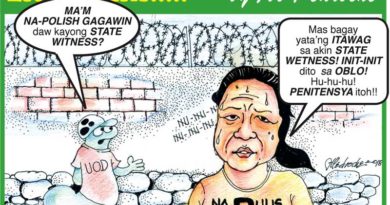