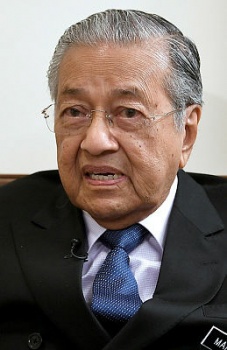 NEW YORK: The Pakatan Harapan(PH) administration hopes to see a substantial reduction in the amount of government debt within the next one to two years, Prime Minister Tun Dr Mahathir Mohamad (pix) said here on Thursday.

He said the PH government will prioritise efforts at restoring wealth and rescuing the nation’s economy within this period.

“Now we are the government. The first thing we have to do is to solve some problems created by the previous government.

“The previous government had borrowed huge sums of money, more than RM1 trillion. It is tough on us but in one or two years we can reduce the amount,” he said at a dialogue with members of the Asia Society here that was moderated by former Australian Prime Minister Kevin Rudd.

Touching on Malaysia’s debt, Dr Mahathir said no country should have a debt beyond its means and added that he was surprised how the previous government could have allowed that to happen.

He said his government had cancelled and reviewed a number of costly projects, which contributed to the overall debt reduction.

Among the projects are the China-backed East Coast Rail Link (ECRL) and Trans-Sabah Gas Pipeline (TSGP).

“We are still trying (to negotiate), and I feel the contractors in China are not too happy but are not objecting too strongly, he said.

Dr Mahathir said the government is also keen to encourage foreign direct investment as Malaysia is a good investment location.

During the question-and-answer session, Dr Mahathir said values play a vital role in inculcating integrity in the education system and in the development of a society.

“Today, in most countries including Malaysia, parents are not able to teach their children the right values because both the parents will be working and don’t spend quality time with their children.

“So, we in the school, in the primary (school) and kindergarten, need to teach children the right values,” he said.

Dr Mahathir said the schools should give importance to the value system which will shape positively the character of the people.

“Otherwise, they will get values from their friends and that may not be suitable for their own future or for the society,” he said.

He said values play a very big role in the development of a society.

“If you have a good knowledge of certain things and you make bad use of the knowledge, for example, you learn about nuclear power and you decide you should build a bomb and kill people, you should be told that killing people is wrong, morally,” he said.

Dr Mahathir said he had wanted to be the education minister so that he can revise the Malaysian education curriculum but had to dismiss the idea as he had to abide by the PH election manifesto which stated that the prime minister will not simultaneously hold other ministerial posts.

The session had a light moment when Rudd, halfway through the interview, said he regarded Dr Mahathir as a patron saint.

“Very rarely have I seen a leader deliver a 30-minute speech without notes. We regard you as the patron saint of a political comeback,” he said, drawing laughter from the floor. — Bernama

POLITICS-LAW: Washington: Trump: ‘I have the absolute right to pardon myself’ 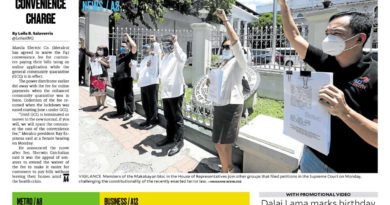 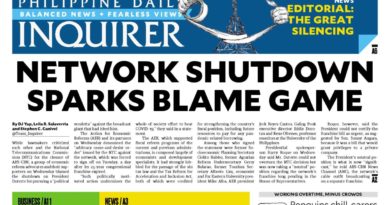