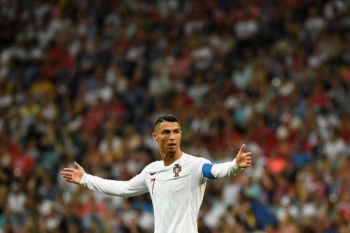 MILAN: Italian champions Juventus on Thursday broke their silence over rape allegations against their superstar player Cristiano Ronaldo, saying the claims made by an American model do not change their opinion of the Portuguese striker, but US sportswear giant Nike said it was “deeply concerned”.

“Cristiano Ronaldo has shown in recent months his great professionalism and dedication, which is appreciated by everyone at Juventus,” the defending Serie A champions said on Twitter.

“The events allegedly dating back to almost 10 years ago do not change this opinion, which is shared by anyone who has come into contact with this great champion”.

Juventus later posted a video on You Tube and Twitter showing Ronaldo working up a sweat as he trained with his teammates at the team’s Continassa centre in Turin for Saturday’s league game against Udinese.

“Juventus go for goal. Cristiano Ronaldo finds the target!,” read the caption beside the video.

Juventus’s tweets were widely panned on social media as “shockingly dismissive and insensitive”.

“You’d expect a more nuanced and sensitive approach from such a mega organisation,” said one typical tweet, while the player’s powerful commercial backers also expressed fears over the allegations.

Nike said it was “deeply concerned” by the controversy surrounding their star client.

“We are deeply concerned by the disturbing allegations and will continue to closely monitor the situation,” a Nike spokesman said to AFP.

According to Forbes magazine, Ronaldo is one of only three athletes to have been given a lifetime deal with Nike, joining an elite club whose other members are NBA icons LeBron James and Michael Jordan.

EA Sports, for whom Ronaldo is a leading figure in their phenomenally successful FIFA video game market, also described the allegations as “concerning”.

“We are closely monitoring the situation, as we expect cover athletes and ambassadors to conduct themselves in a manner that is consistent with EA’s values,” the group said in a statement.

The rape allegations have threatened the reputation of the Portuguese star, one of the world’s best and highly-paid footballers, with Las Vegas police this week saying they would reopen their file on the case.

Ronaldo denies accusations by former model Kathryn Mayorga that he raped her in a Las Vegas hotel in June 2009 and said his conscience is clear.

“Rape is an abominable crime that goes against everything that I am and believe in,” said Ronaldo on his Twitter feed @Cristiano, which has nearly 75 million followers.

“Keen as I may be to clear my name I refuse to feed the media spectacle created by people seeking to promote themselves at my expense”.

“My clear conscious (sic) will thereby allow me to await with tranquillity the results of any and all investigations,” he added.

– SPACE RESERVE FOR YOUR ADVERTISEMENT –
.
‘Years of trauma’

But lawyers for 34-year-old Mayorga hit back, saying their client had been “very consistent” in her reporting of the alleged incident, the details of which have been set out in a 32-page lawsuit filed last month with a district court in Nevada.

Mayorga’s attorney Leslie Stovall told reporters his client had suffered years of trauma as a result of the alleged attack and found the courage to speak out thanks to the #MeToo movement against sexual harassment and assault at the hands of powerful men.

Mayorga claims she was pressured into signing a non-disclosure agreement in 2010 to keep the alleged rape secret and is seeking at least US$200,000, (RM829,100) in penalties and damages.

“I will not reveal the details of the conversation we three had,” said Santos when pressed by reporters on his discussion with Ronaldo and Portuguese Football Federation president Fernando Gomes.

The five-time Ballon d’Or winner missed the two internationals Portugal played in September. At the time, Santos suggested that his absence was temporary.

Ronaldo, a father of four who initially made his name in the game during a six-year spell at Manchester United, transferred to Juventus from Real Madrid in the summer in a 100-million-euro deal.

The Turin giants are hoping that their investment will pay off and the five-time Champions League winner will lift them to their first European title since 1996 after twice finishing runners-up in the past four seasons.

Ronaldo has scored three goals since his arrival and was hailed as “an extraordinary player” by coach Massimiliano Allegri last weekend after his assists resulted in all three goals in a 3-1 win over title rivals Napoli.

“The passing is exceptional, and tonight was the best Ronaldo of the season,” said Allegri.

“Ronaldo is enjoying his football, he has integrated very well”.

On Saturday, the Serie A leaders travel to Udinese in the north east of Italy looking to extend their 100% winning streak this season to ten games in all competitions. — AFP 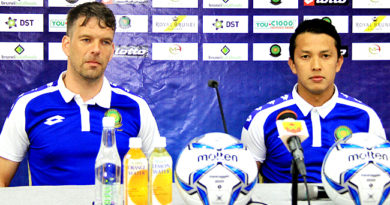 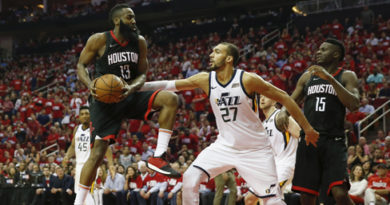 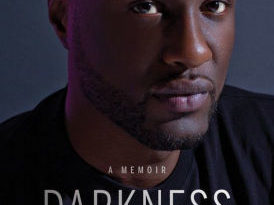