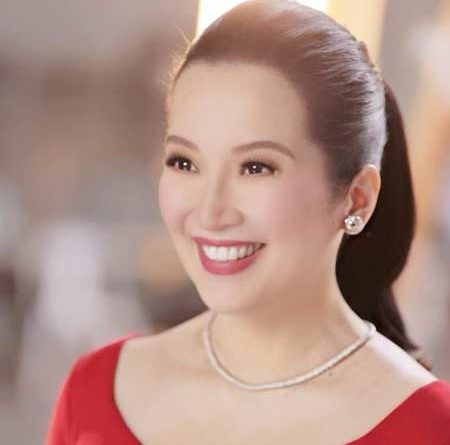 The erstwhile Queen of All Media, usually all smiles, is the opposite of this sickly photo she posted (below) when she revealed her latest personal ordeal.

She may be accused of being self-centered, but no one can deny that showbiz’s erstwhile Queen of All Media, Kris Aquino, is a good, devoted and dutiful mother.

When her relationship with action star Phillip Salvador ended, she faced the challenge of raising their child and her first born Joshua, diagnosed with autism, head on as a single mother. She did the same raising second son Bimby, when her only marriage with basketball star and the boy’s father James Yap ended in separation and annulment.

Indeed, the daughter and sister of former presidents Cory and Noynoy Aquino, has been steadfast as a mother despite her history of shocking the public with explosive personal revelations. In September 2003, she unabashedly disclosed she was infected by then partner Joey Marquez with a sexually transmitted disease (STD) and had the entire nation glued to the news. In June 2010, when she announced the end of her marriage with Yap, she declared that it was fake to begin with, since the officiator was apparently unauthorized to solemnize weddings. Again, she gripped the nation’s curiosity with yet another failed romance.

The erstwhile Queen of All Media, usually all smiles, is the opposite of this sickly photo she posted (below) when she revealed her latest personal ordeal.

Career-wise, Aquino held her head high despite the non-renewal of her contract by long-time home station ABS-CBN that put her in limbo. She quickly licked her wounds too and faced the music after President Rodrigo Duterte’s snub when she hosted a televised event where she was to meet and interview the Chief Executive for the first time.

With no major network interested to include her in their roster of talents or even as block timer, Aquino declared she no longer had plans to return to “free TV,” and moved on to mount her own production outfit via digital media.

Sudden quiet
With determination, Aquino succeeded in her social media detour, thereafter landing a cameo in Hollywood blockbuster “Crazy Rich Asians” and even a return to Star Cinema via the Joshua Garcia-Julia Barretto starrer, “I Hate You Lover,” earlier this year.

Kris Aquino with sons Bimby and Josh before flying back to Manila after her medicals tests in Singapore. INSTAGRAM PHOTOS

However, the buzz around Aquino suddenly went quiet about a month ago when the controversial host-actress posted a sickly photo of herself on social media. She told netizens she had not been sleeping nor eating well because her trusted US-based Filipino business partner embezzled her investments, which she funded with her sons’ trust funds. The stress, according to Aquino, caused her to be very ill that she needed to fly out to Singapore over the last week for a more thorough diagnosis.

With on-and-off special friend Quezon City Mayor Herbert Bautista and friends soon after she returned from her medical trip.

But just nine months later, Aquino revealed Falcis’ betrayal in an Instagram post: “In the six weeks that I quietly suffered because of financial abuse and betrayal, we uncovered [what was]being done to me by someone I had complete trust and faith in, not to mention the millions he earned from running KCAP and negotiating my endorsements.”

She detailed, “My pain comes from my fear that tens of tax paid millions from my sons’ trust funds, money I conscientiously saved for them because I made a deathbed promise to my mom that Kuya Josh and Bimb will always come first, baka mawala lahat ng pinagpaguran ko para sa kanila. It is wrong that the two boys I love most, my life’s meaning and inspiration, may suffer consequences because I was targeted and deceived by a person with no conscience.”

Aquino expressed hope she will recoup the stolen money through the hands of lawyers and an auditing and accounting firms she trusts.

Lukewarm
With this latest “bomb” that Aquino dropped about her personal life, it has to be noted that the public’s reaction is no longer one of shock and curiosity. Instead, the swindling issue has been received in a generally lukewarm manner with netizens brushing it off another antic by the “fame whore” they believe the celebrity to be. A fame whore is a millennial term for a person who seeks public attention at any cost, especially amid dwindling popularity.

Of course, the anti-Yellows (Aquino political supporters) were quick to relate Aquino’s ordeal as karma for her family’s alleged shortcomings while in office.

Whether her woes are real or not, what is clear that this time is that the Filipino public isn’t biting, given this mix of apathy and harsh reactions.

Well enough to date
On October 5, Aquino posted an Instagram photo from Singapore with her two sons and the caption, “Flying home tonight… because strong is beautiful.” Before then, she posted a photo collage showing vials of blood extracted from her, as needed for a battery of tests.

While her loyal fans and followers wished her well, detractors found her posts as “exaggerated drama,” especially when a couple of days since getting back, she followed up with a post on Sunday, having a double date with supposedly on-and-off lover, QC Mayor Herbert Bautista.

“Admittedly in 2014 happily ever after wasn’t meant for us. But it wasn’t the end. He’s been there whenever I needed a friend, hindi na ‘ko nagulat—nandito sya ngayon… Bakit sya?” she began her lengthy post anew.

“This is my why: nabasa nya mismo my long-term endorsement contracts—renewals plus three new ones. They all strongly discourage me from divisive political participation and even posts. He wants me to regain my health and he supports my priorities.

“I chose to share this because our story has my perspective and his point of view. I’ve survived a lot recently and you deserve our truth. (Pic from dinner w/ friends from US).”

Early Thursday, Aquino finally announced on social media the findings of the Singapore medical team that she is afflicted with Chronic Spontaneous Urticaria, an autoimmune debilitating disease characterized by itching and hives with or without angioedema or the swelling of the lower layer of skin and tissue.

In thanking those who prayed for her, she also disclosed they thought she had cancer from the sudden weight loss, just like her late mother, or lupus. She went on to say how her children cried, with Bimby even offering to give her his kidney.

Promising to fight her condition, she ended, “My prayer is simple, to raise my youngest son to become a responsible adult who’ll care for his Kuya, then God [would have]already blessed me more than I deserve. #laban.” 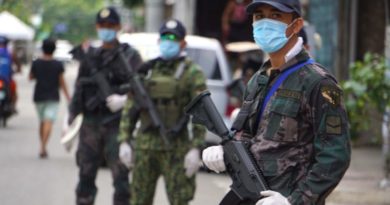 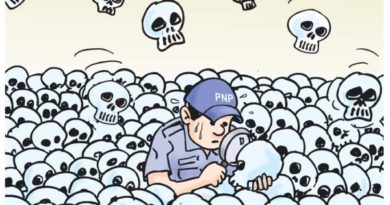 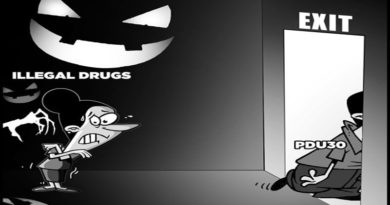