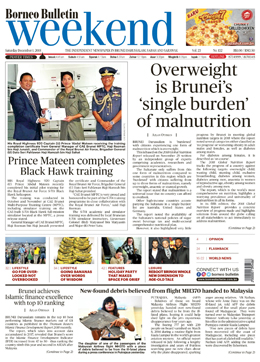 BRUNEI Darussalam is ‘burdened’ with citizens experiencing one form of malnutrition which is overweight.

This is based on the 2018 Global Nutrition Report released on November 29 written by an independent group of experts comprising academics, researchers and government representatives. 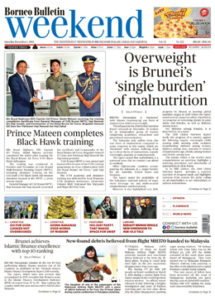 The Sultanate only suffers from this one form of malnutrition compared to some countries in this region which are ‘burdened’ with citizens suffering from up to three forms of malnutrition, namely overweight, anaemic or stunted growth.

The report stated that malnutrition is a universal issue that no country can afford to overlook.

Other high-income countries accom-panying the Sultanate in a ‘single burden’ list are Australia, United States and Germany.

The report noted the availability of the Sultanate’s national policies of sugar sweet beverage tax and multi-sectoral comprehensive nutritional plan.

However, it also highlighted very little progress by Brunei in meeting global nutrition targets in 2018 where the report noted several categories either classified as ‘no progress’ or worsening obesity in adult males and females, as well as diabetes among males.

For diabetes among females, it is described as ‘on course’.

The report, which is the world’s most comprehensive on nutrition, highlights a worrying prevalence and universality of malnutrition in all its forms.

In its fifth edition, the 2018 Global Nutrition Report provides a concrete overview of progress made and highlights solutions from around the globe calling on all stakeholders to act immediately to address malnutrition.

A third of reproductive-age women are anaemic, while 39 per cent of the world’s adults are overweight or obese and each year around 20 million babies are born underweight.

Beyond health, slow progress on malnutrition is also impacting the social and economic development of countries.

The report said it is estimated that malnutrition in all its forms could cost society up to USD3.5 trillion per year with overweight and obesity alone costing USD500 billion per year.

On a positive note, significant steps are being made to address malnutrition, the report said.

There has been a slight decrease in underweight women since 2000, from 11.6 per cent to 9.7 per cent in 2016. Yet, while there has been progress, it has been slow and patchy.

The 2018 assessment of progress against nine targets reveals only 94 of 194 countries are on track for at least one of the nine nutrition targets assessed. This means that most countries are significantly off-track on meeting all nine targets.

It also said that no country is on track to achieve the adult obesity target for men or women, nor reach the anaemia target; only 26 countries are on track to reach the target for women’s diabetes. 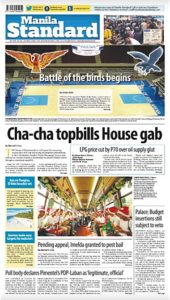 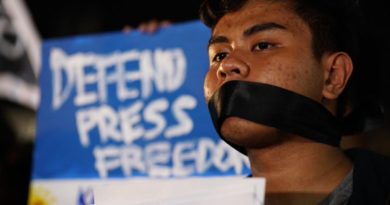 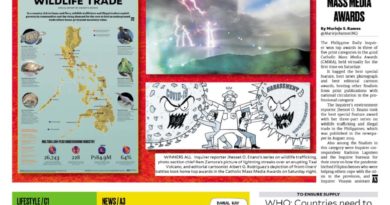 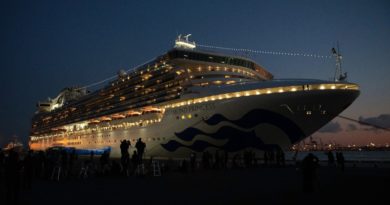 TOURISM: The impact on tour cruises and tourist passengers of COVID 19