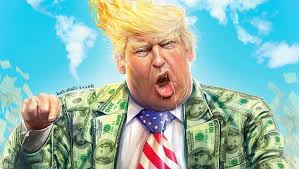 Columns FEATURED Opinion
January 4, 2019January 4, 2019 Editor 0 Comment COLUMN: OPINION ON PAGE ONE- Can we get help from the US if we ask for it? – By Francisco S. Tatad

He had gone to the consulate on Oct. 2, 2018 to pick up some papers related to his impending marriage to his Turkish fiancee, Hatice Cengiz. He was killed inside and never came out. According to Turkish authorities, a team of 15 special operatives flew in from Riyadh on two private planes to slaughter him with a bone saw, and scatter his body parts throughout Turkey, including the Bosporus. The operatives flew back to Riyadh on the same day, after their mission was done.

The Turks were able to document their coming and going, and their operation at the consulate. At first, the Saudis tried to lie about the killing, saying Khashoggi left the consulate within the hour after arrival. However, his fiancee, who waited for him outside the consulate, never saw him come out. Turkish security authorities managed to get a video of the killing. No less than Turkish President Recep Tayyip Erdogan weighed in.

This forced the Saudis to admit that Khashoggi was, indeed, killed. But they claimed it happened during a rogue “interrogation” that went south. Eleven operatives were promptly indicted for the murder, but the royal family asserted that neither King Salman nor MBS had any knowledge of it. This was plainly contradicted by most published accounts, which maintained that the crown prince could not have been left out of it.

The CIA’s assessment
Intelligence officials, lawmakers and analysts familiar with the situation seemed convinced that as MBS controls all of the kingdom’s security services, no operation of this nature and magnitude could have happened without his go-ahead. The US Central Intelligence Agency (CIA) is reported to have assessed “with high confidence” that MBS directed the murder, but pursuant to standing official practice, declined to make that conclusion in its report to the President. The agency left it to Donald Trump to make his own conclusion.

And in his final statement, Trump came out in favor of MBS. “Our intelligence agencies continue to assess all information,” said Trump, “but it could very well be that the Crown Prince had no knowledge of this tragic event — maybe he did and may be he did not!” He chose to protect the Kingdom and the crown prince.

“If we abandon Saudi, it would be a terrible mistake,” he said. He said he wasn’t prepared to destroy the US economy over Khashoggi by giving up a $110-billion arms deal with the Saudis. “It’s a very simple equation for me. I’m about to make America great again and make America first.”

Thus, he rationalized: “We may never know all the facts surrounding the murder of Mr. Jamal Khashoggi. In any case, our relationship is with the Kingdom of Saudi Arabia. They have been a great ally in our very important fight against Iran.” He had just withdrawn from the US nuclear deal with Iran.

Trump rebuked
His statement drew a sharp rebuke from US senators across the aisle, but most strongly from fellow Republicans, such as Sen. Lindsey Graham of South Carolina and Sen. Paul Rand of Kentucky. Senate foreign relations chairman Bob Corker of Tennessee called Trump a propagandist for MBS. “I’d never thought I’d see the day a White House would moonlight as a public relations firm for the Crown Prince of Saudi Arabia,” Corker said.

Prior to Trump’s statement, the most reputable political analysts lamented the fact that despite the unabated carnage in the Middle East — which has killed 500,000 in Syria, 50,000 in Yemen, dozens of journalists in both places, Iraq, etc. — only one death seemed to matter to the world — Khashoggi’s. On this one death seemed to revolve the future of the entire Middle East, if not the world. And now that Trump has absolved MBS, there’s hardly any mention in the world press of how Saudi Arabia is to be made officially accountable.

The precedent it has created is frightening. It shows that no matter how a particularly odious crime revolts the rest of humanity, if the occupant of the White House decides to whitewash it or proclaim it has no bearing on its vital commercial interests, then the rest of the world can go fly a kite. As the citizen of a country that has long looked to the US for support for and protection of its most important political values, I view this with utmost concern. I’ll return to this.

Saudi’s record
It is not easy for me to talk casually of Saudi Arabia’s politics, given the fact that over a million Filipinos have chosen to work and live there. But there are things we simply cannot ignore. We all shared the terror and trauma of the Al Qaeda strike against the twin towers in New York and the Pentagon building outside Washington, DC on Sept. 11, 2001. We have come to refer to these events as “9/11.” We cannot ignore the fact that certain Saudi nationals have been labeled as among the principal financiers of Al Qaeda and various Al Qaeda franchises around the world, especially in Somalia, Yemen and the so-called Islamic State.

A joint US congressional inquiry into 9/11 in 2002 produced a report of 832 pages, with tens of thousands of pages documenting the statements of witnesses. The report was released by Sen. Bob Graham and Sen. Richard Shelby, but a whole section of 28 pages was excised from the report. The redacted version of the 28 pages reportedly detailed Saudi’s alleged involvement in the attack.

The Senate wrote a letter signed by Sen. Joseph Biden of Delaware, John Kerry of Massachussetts and Hillary Clinton of New York, urging President George W. Bush to release the 28 pages. The letter failed to move the White House.

After Bush, President Barack Obama ordered Solicitor General Elena Kagan, who later became Supreme Court justice, to file a brief urging the courts to prevent the 9/11 families from suing Saudi government officials or the the royal family in connection with 9/11, on the ground that they enjoyed sovereign immunity. The “missing 28 pages” of the report were finally released in 2015 after the White House decided that they showed no evidence that Saudi officials knowingly backed the 19 hijackers, 15 of whom came from Saudi Arabia.

The Gulf blockade
Many have hoped that aside from being merely protective of its alliance with Saudi Arabia, the US would exercise its influence to moderate the excesses of the crown prince. These include MBS’s diplomatic blockade on Qatar, imposed by Riyadh, together with the United Arab Emirates, Bahrain and Egypt on the basis of unsubstantiated charges. The blockading states demand the shutdown of Al Jazeera and other media outlets, and a scaling down of relations with Iran as among the conditions for normalization of relations.

Many analysts and observers believe the US is in an excellent position to ask Riyadh and the other states to end their blockade, without cost to its influence or prestige in the Gulf. Very few can seem to understand why the US has not done so.

What if it happens here?
But more than this, Trump’s decision in favor of Saudi Arabia on the Khashoggi case is what is most troublesome for me. Some 20,000 drug suspects may have been killed in President Rodrigo Duterte’s anti-drug campaign. There is no sign the killings will stop. They could, in fact, shoot up after the midterm, especially if nothing happens to the complaint against him before the International Criminal Court at the Hague.

What happens then, if in fact they do, and all our people, not just the verbally abused bishops and priests, are compelled to shout for help to the international community? Trump has no solid ties with the Filipino people, but he has sparkling ties with PDU30. Will he say then that his relations are not with the aggrieved and suffering Filipinos, but with his friend, DU30? 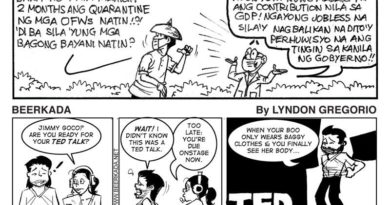 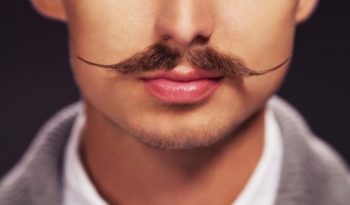 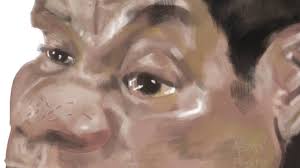 COLUMN: OPINION- GET REAL : Shame on this President– By Solita Collas-Monsod