“Generation X and the millennials, now in their 20s and 30s, grew up on internet and social media, which have really replaced the traditional strenuous volleyball and basketball activities. How many times we come across groups of young and vigorous kids on their cellular phones? They are not playing strenuous activities outside, but they are playing strenuous finger activity on their mobile phones,” commented Cheche Lazaro, president of Probe Media Foundation Inc. (PMFI) during “The Truth About Trans Fat” forum for journalists and media practitioners.

She also noticed that junk food, soda, cigarettes and alcohol are readily available not only to the rich or those who have money, but even to those who have lesser resources.

While there has been increased awareness among young and old people as well and advances in science, the mortality rate from stroke remains high.

One-third, or 31 percent, of deaths worldwide are from cardiovascular diseases, resulting in about 17.7 million dying every year.

“That’s more than the deaths during two world wars. Among the diseases, CVDs overtook infection, cancer, and [deaths due to] accidents. This is a very serious problem and we need to do something about it,” said Javelosa.

In 2016, ischemic heart diseases from clogging the arteries ranked one out of the top 10 global causes of deaths, followed by stroke, chronic obstructive pulmonary disease, Alzheimer disease and other dementias, trachea, bronchus and lung cancers, diabetes mellitus, road injury, diarrheal diseases, and tuberculosis.

A 2010 report by the Harvard School of Public Health estimated that CVD worldwide was responsive for $863 billion in costs per year from medical costs and loss of life-years and productivity.

The author of that report, Bloom DE, Cafiero ET et al projected that the costs could rise to $1.044 trillion by 2030.

According to a 2016 World Health Organization report, there were 56.9 million global deaths, with 40.5 million attributed to non-communicable diseases, and 31.5 million occurring in low- and middle-income countries. Also, 46 percent of deaths occurred before the age of 70.

In the Philippines, diseases of the heart and vascular system also occupied the top two spots in the top 10 causes of mortality.

CVD cause
The heart is a muscular organ in most animals, which pumps blood through the blood vessels of the circulatory system. Blood provides the body with oxygen and nutrients, as well as assisting in the removal of metabolic wastes.

“The heart is the center of the cardiovascular system. It pumps 70 to 100 beats per minute and about 100,000 beats a day. It never rests. The problem falls in the coronary arteries that supplies oxygen-rich blood to the entire heart muscle. The main culprit is the process called atherosclerosis, this is the aging, narrowing of the arteries,” said Javelosa.

Atherosclerosis is a disease in which plaque builds up inside the arteries. Plaque is made up of fat, cholesterol, calcium and other substances found in the blood. Overtime, plaque hardens and narrows or close the arteries.

“This causes clogging and abnormal, insufficient blood flow to the heart. The clog even without symptoms can rupture any time after a party or activity. The rupture can be caused by many things sometimes for no reason at all [probably] stress, not necessarily after eating lechon (roasted pig). If it happens in the heart, heart attack. If it happens in the brain, stroke, and it can cause sudden death,” he added.

Javelosa warned the public that 40 percent of heart diseases have no symptoms. If you experience pain, you’ll be needing bypass or surgery.

Risk factors for CVD
There are studies that identify the common risk factors for coronary artery disease and these include hereditary, high levels of cholesterol in the blood, smoking diabetes, obesity, high blood pressure, high-fat diet, lack of exercise, and emotional stress.

The Philippines is the top smoking country in Southeast Asia. On average, each Filipino consumes 1,073 sticks per year.

“An estimated 10 Filipinos die every hour due to smoking-related diseases and that’s 240 deaths a day, and 87,000 a year. And the healthcare cost of CVD due to smoking is P63.4 billion per year as opposed to P1.8 billion health care cost due to lung cancer,” said Javelosa.

There are non-modifiable risk factors, which include increasing age, gender, family history, heredity, race, and menopause, which one can do nothing about. However, there are modifiable risk factors, which include overweight/obesity, hypertension, hyperlipidemia, alcohol and tobacco use, stress, high fat, high calorie diet, and sedentary lifestyle.

Cholesterol, triglycerides, and trans fats
Cholesterol is critical for building and maintaining key parts of cells, such as cell membranes, and for making several essential hormones, including the estrogens, progesterone, vitamin D, and steroids triglycerides, which are chains of high-energy fatty acids, providing much of the energy needed for tissues to function.

“We absorb cholesterol from meat, dairy products, and other animal foods and the body also produces cholesterol in the liver. When blood levels of cholesterol or triglycerides become too high, your risk of developing heart attack, stroke and peripheral vascular disease is significantly increased,” explained Javelosa.

Trans fats, on the other hand, are partially-hydrogenated or trans-fat created through an industrial process where hydrogen atoms are added to liquid vegetable oils. They are more solid than oil, making them less likely to spoil. Trans fat helps food have a less greasy feel. 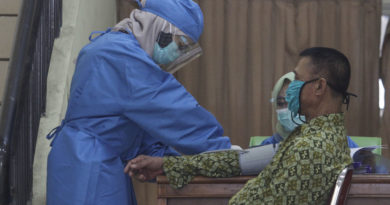 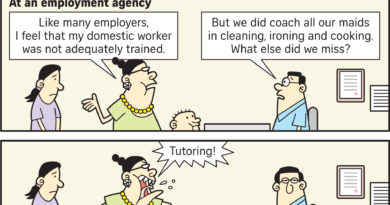 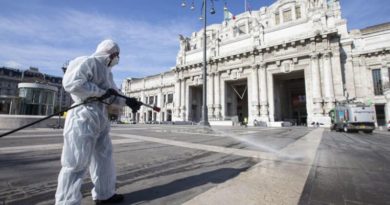