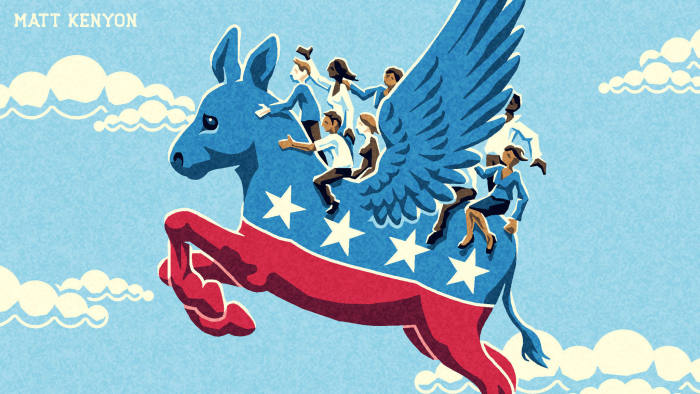 Listen carefully and you can hear the retreat of the Democratic establishment. Incrementalism served its purpose: it made Democrats electable again and safe for Wall Street.

But it has had its day. The generation of Democrats that downplayed concerns about inequality and embraced global markets is being replaced by a far bolder political voice. No matter who takes the Democratic nomination in 2020, they will speak for a radicalised party in quest of the new New Deal.

They owe a debt of gratitude to Donald Trump. However much resurgent liberals detest America’s 45th president, they can thank him for sweeping away the mindset of systematic caution that has mesmerised Democratic leaders for a generation. It began with Bill Clinton’s New Democrats in the late 1980s. It ended in 2016 when Hillary Clinton lost to Mr Trump.

In between it spanned Al Gore, the losing 2000 nominee, John Kerry, who lost in 2004, and Barack Obama, whose eight-year legacy is now being destroyed by Mr Trump. Mr Trump has served both as a call to arms and as an example of how establishments can be defeated. On the first, Mr Trump has demolished whatever case remained for the idea that Democrats must forever ready themselves for a promised land of bipartisan amity.

In practice, many thought that stance had already been discredited by Newt Gingrich, the take-no-prisoners Republican Speaker of the House during the Clinton years. Others thought the wrecking ball the Tea Party took to Mr Obama’s fiscal plans had finally settled the argument. No matter how much Democrats tacked to the centre, the rewards for this virtue never came.

Republicans simply moved further to the right. Democratic presidents, such as Mr Clinton, created budget surpluses. Republicans, such as George W Bush, duly spent them on tax cuts. Inequality is far worse today than in 1992, even though Democrats held the White House for more than half that time.

Median incomes, meanwhile, have barely shifted. The initial anger over the 2008 financial crash was captured by the Tea Party. It is nevertheless hard to believe the self-proclaimed socialist Bernie Sanders would have nearly defeated Mrs Clinton had she not developed such close financial ties to Wall Street.

But it was Mr Trump who changed the weather. He showed that you could bamboozle a hostile establishment and still win an election.

Then he switched horses and pursued an aggressive Republican agenda. From tax cuts and deregulation to gun rights and anti-abortion judges, Mr Trump now has Republican lawmakers eating out of his hand.

Those who still believed it would be possible to work across the aisle — and who pined for the days of Rockefeller Republicans — were robbed of any remaining force. Mr Trump has done a service for the American left.

Reality has also lent it a helping hand. Regardless of your ideology, today’s numbers paint a stark picture. Ten years into the US recovery, median household incomes are, in real terms, still much what they were they were in 1999.

The top one per cent of households own more wealth than the bottom 90 per cent. America’s average life expectancy has started to decline. Mr Trump has made inequality worse. But he is not its author. The numbers were almost as bleak at the end of Mr Obama’s two terms. So tinkering no longer holds much appeal. Much of the focus is on who should be the Democratic nominee to challenge Mr Trump. That obviously matters.

But the significant point is that the party’s centre of gravity has shifted. Whoever the challenger turns out to be, whether Joe Biden, the former vice-president, Elizabeth Warren, the economic populist, Beto O’Rourke, the sunny optimist, or Mr Sanders, their platform will have to reflect that shift. Stances such as “Medicare for all”, a “Green New Deal”, and public election financing will have to be part of the package. So too will higher taxes.

Attention has also been lavished on Alexandria Ocasio-Cortez, the 29-year-old Democratic socialist and youngest member of Congress.

More notable is the respect her ideas, including a top tax rate of 70 per cent, commands among establishment Democrats. “The congresswoman is right,” Lawrence Summers, Mr Clinton’s former Treasury Secretary, said last week. Mr Summers personified the Washington consensus of the 1990s.

Like Keynes, however, he says he changes his mind when the facts do. They no longer fit the arc-of-history Democrats used to narrate. “The false doctrines of the neoliberal priesthood are losing their hold,” writes Nick Hanauer, the entrepreneur who made his fortune with Amazon.

America’s left is turning into a factory of new ideas. Some of them, such as a universal basic income, may be questionable. Others, such as breaking up monopolies, are more promising.

Either way, for the first time in decades, America’s intellectual energy is now on the left. Some liken the ferment to the “bold persistent experimentation” of Franklin Roosevelt, author of the 1930s New Deal.

Doubters compare it with the false dawn of George McGovern, who lost in a 1972 landslide to Richard Nixon.

Whichever view proves correct, the Clinton-Obama era is drawing to a close. A new one is just beginning.

[email protected] Get alerts on Democratic Party US when a new story is published Get alerts Copyright The Financial Times Limited 2019. All rights reserved. 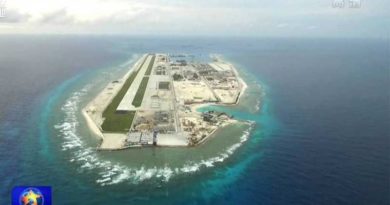 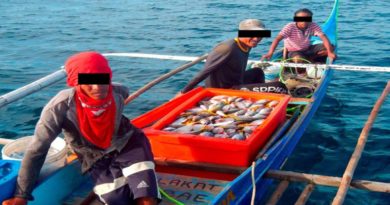 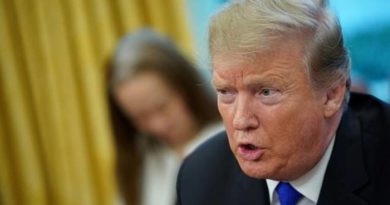