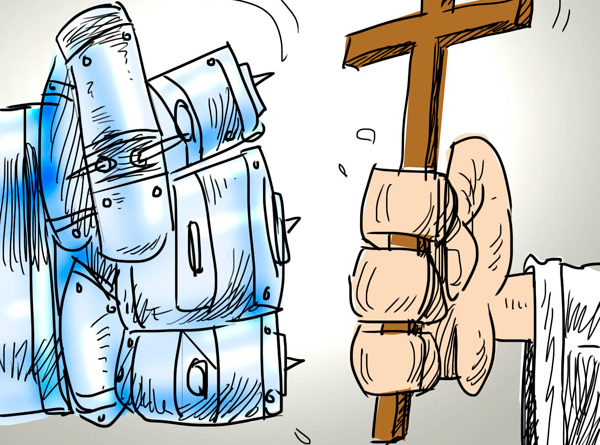 Editorial FEATURED Opinion
January 17, 2019January 17, 2019 Editor 0 Comment . ADS by Cloud 9: . – SPACE RESERVE FOR YOUR ADVERTISEMENT – . ., Catholic bishops, editorial, PRESIDENT Rodrigo Duterte, The irreverent
President Rodrigo Duterte, the popular leader of this predominantly Catholic country, does not only criticize the Church’s leaders—he insults and demonizes them at every turn.
.
While he was educated in Catholic schools, Mr. Duterte has felt the need to expose the wrongdoing of the religious, saying they had no qualms committing sexual abuse or stealing from the coffers for their personal benefit.
.
He has even exhorted bystanders and loiterers to steal from and even kill Catholic bishops because they had plenty of money.
.
ADS by Cloud 9:
.
– SPACE RESERVE FOR YOUR ADVERTISEMENT –
. This behavior is not new; he has cursed at Pope Francis for causing heavy traffic during his 2015 visit, called God stupid, challenged the dogma of the Holy Trinity, said saints were fools and drunkards. He said that when he was a boy, he was molested by a priest. While there has been a lack of institutional reaction from the church, some leaders have spoken out. In November, for instance, Caloocan Bishop Virgilio Pablo David, whom Duterte had accused of stealing donations, said in a Facebook post that “sick people sometimes don’t know what they are talking about, so we should just bear with them.” He asked the faithful to pray for Duterte, whom he described as a “very sick man.”More recently, Balanga Bishop Ruperto Santos said in a radio interview that the Duterte presidency is a disappointment and a disgrace to our country, known for being “kill, kill, kill.”Novaliches Bishop Emeritus Teodoro Bacani also challenged Mr. Duterte to walk around with no security detail.As always, his underlings at the Palace help place Mr. Duterte’s words “in the proper context” after an outburst, and hit back at the clergy who dare sp

For example, Presidential Spokesman Salvador Panelo said Santos’ statements, coming from a man of the cloth, were saddening. Panelo then lectured Santos who he said was uninformed about how appreciative Filipinos are of Mr. Duterte’s leadership.

“Like the Bishop, the President is imperfect , but unlike him PRRD looks at the innate goodness of man. The President who could have preferred retirement and enjoy its bliss opted to rise to the challenge of the times and at the commencement of his presidency has waged a war against all fronts of illegality in the country,” Panelo, performing his job religiously, said. “What is a disgrace is when a member of the clergy uses unsavory language against President Rodrigo Roa Duterte who only fulfills and complies with his constitutional mandate to lead the government in serving the Filipinos and protecting them from what bedevils our society. We find it very unfortunate that Bishop Santos fails to follow the teaching of Christ that if someone throws a stone at you, throw a piece of bread at him in response.”Panelo also said Bacani’s challenge was outright silly, childish and absurd. The animosity between Duterte and church leaders was heightened by the latter’s criticism of the way the war on drugs was being conducted. A dialogue has done nothing to improve such relations. It appears though that Filipino Catholics have been able to compartmentalize their faith and their politics. While many remain pious—they still go to Sunday Mass and support religious celebrations like the recent feast of the Black Nazarene—the irreverent chief executive also continues to enjoy phenomenal popularity ratings.

In fact, this was challenged only briefly last year when prices of basic goods shot up.Perhaps Filipinos themselves have come to regard the President’s words as mere entertainment; they do not really pose a threat to their faith.

These colorful words simply contribute to Mr. Duterte’s reputation as a maverick and a rebel, perhaps even boosting his stock. After all, other politicians bend over backwards to get on the church’s good graces; what a brave man Duterte is for daring to challenge the faith. Meanwhile, church leaders could only do a better job in their own spheres by showing that for all their criticism of violence and injustice in the country, they should in no way tolerate the violence and injustice committed by anybody of their own.

For the rest of us, Catholic or not, the unsavory exchange of words between supposedly respected institutions is not helping any cause. Whatever they say about or against each other, we would still have the problem of poverty, rising costs, poor health services, terrorism, corruption and many other ills.

If they only  channeled all their energy into addressing these real problems, then we would all be in a better, more enlightened state. 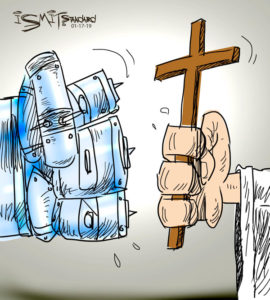 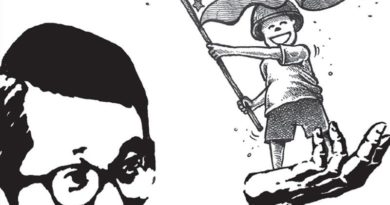 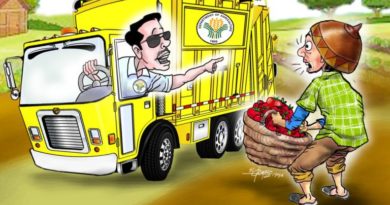 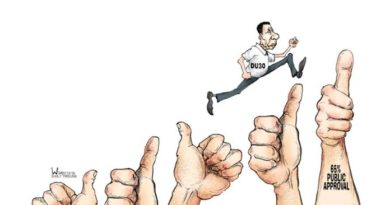